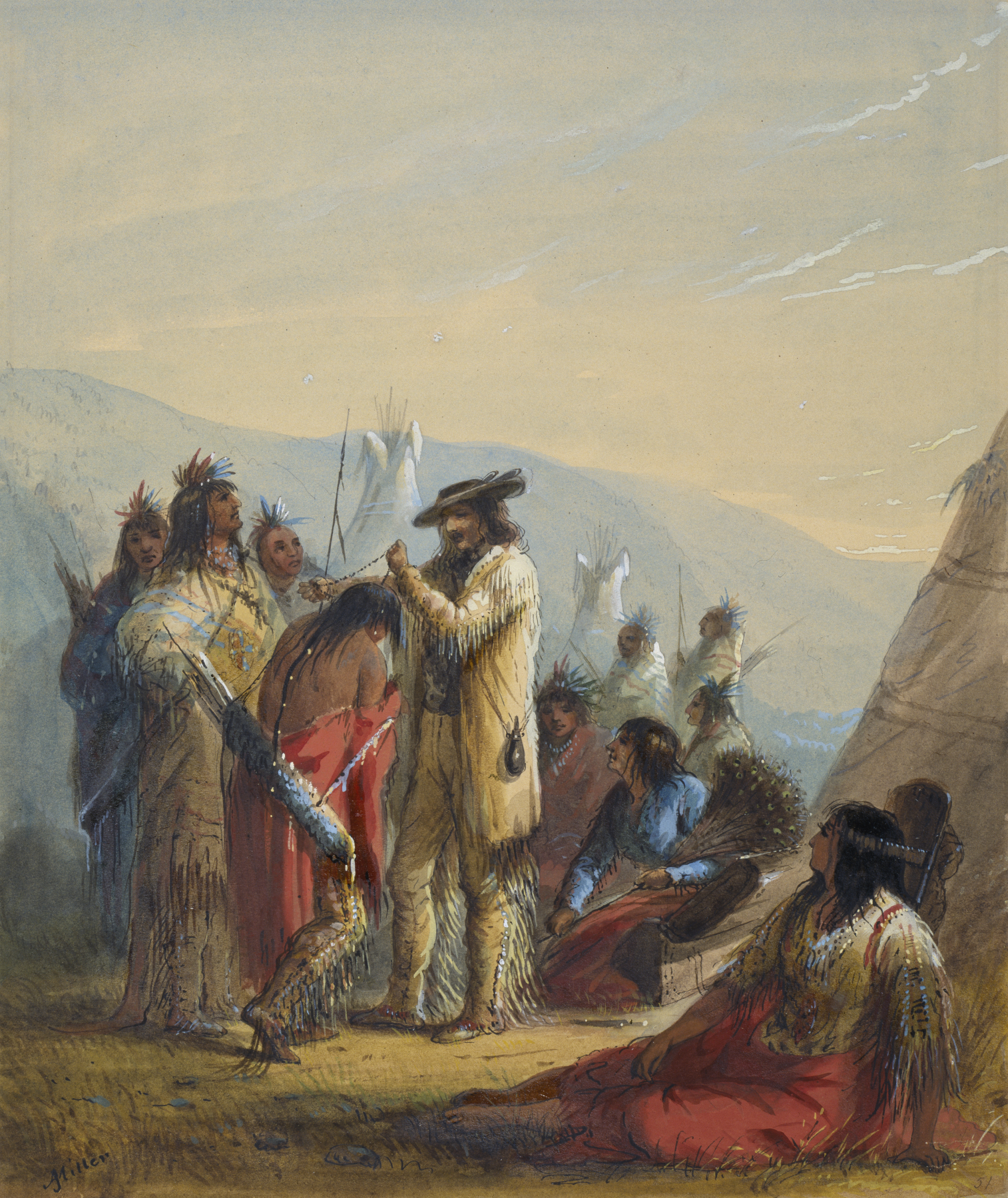 Toward the end of the trappers' rendezvous, Captain Stewart (the Scottish nobleman), amid great ceremony, presented gifts to various chiefs, braves, and warriors who had performed some meritorious action or who had rendered personal services to Stewart or his group. These were "the 'elite,' the 'creme de la creme,'" said Miller. "They attached great importance to the matter, as it gives them a certain status with their people." Antoine, behind Stewart, is selecting Bowie knives and other gifts, which were also intended to ensure the friendship of a large group of Indians, because a hostile group of Blackfeet was rumored to be nearby.