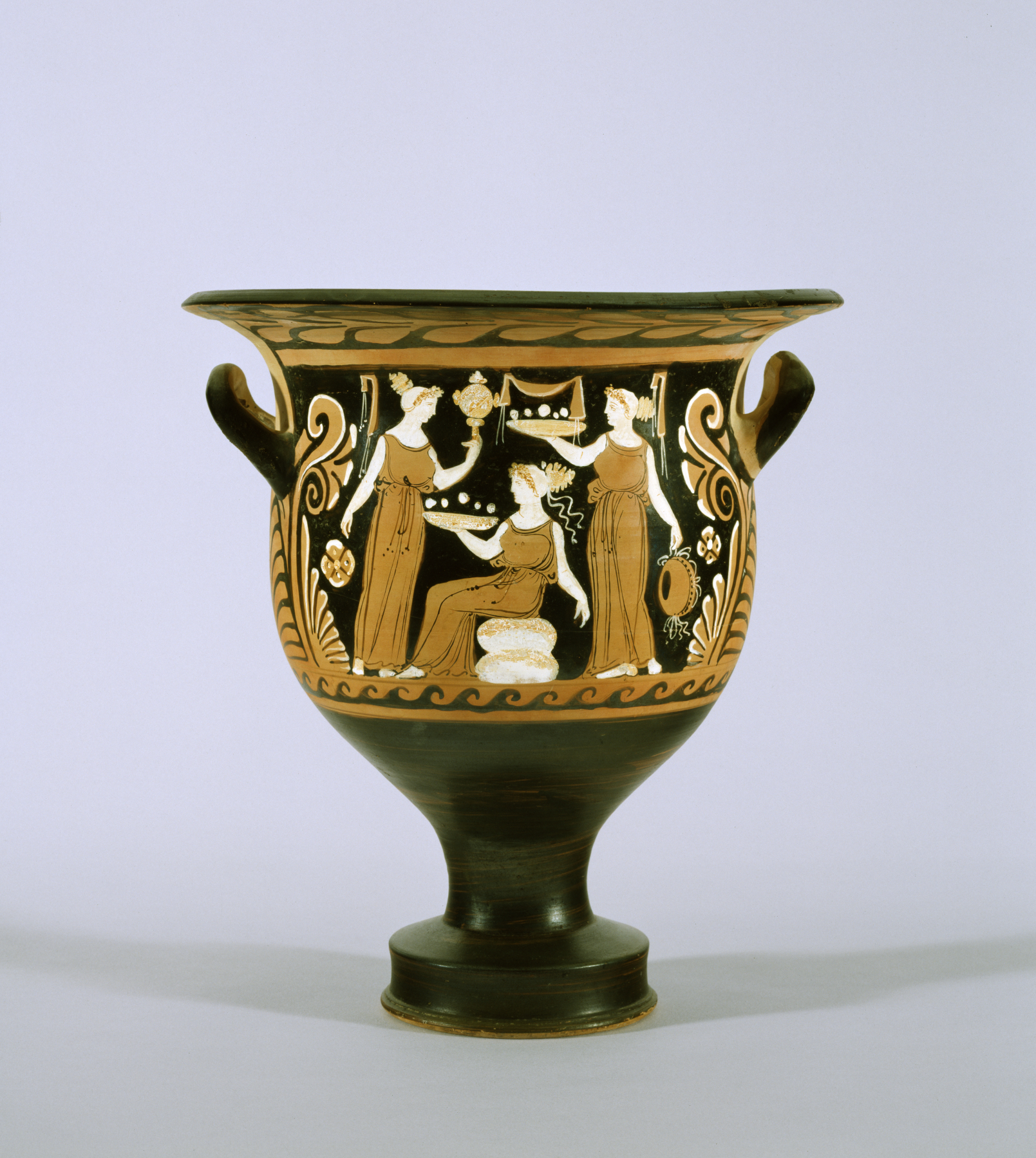 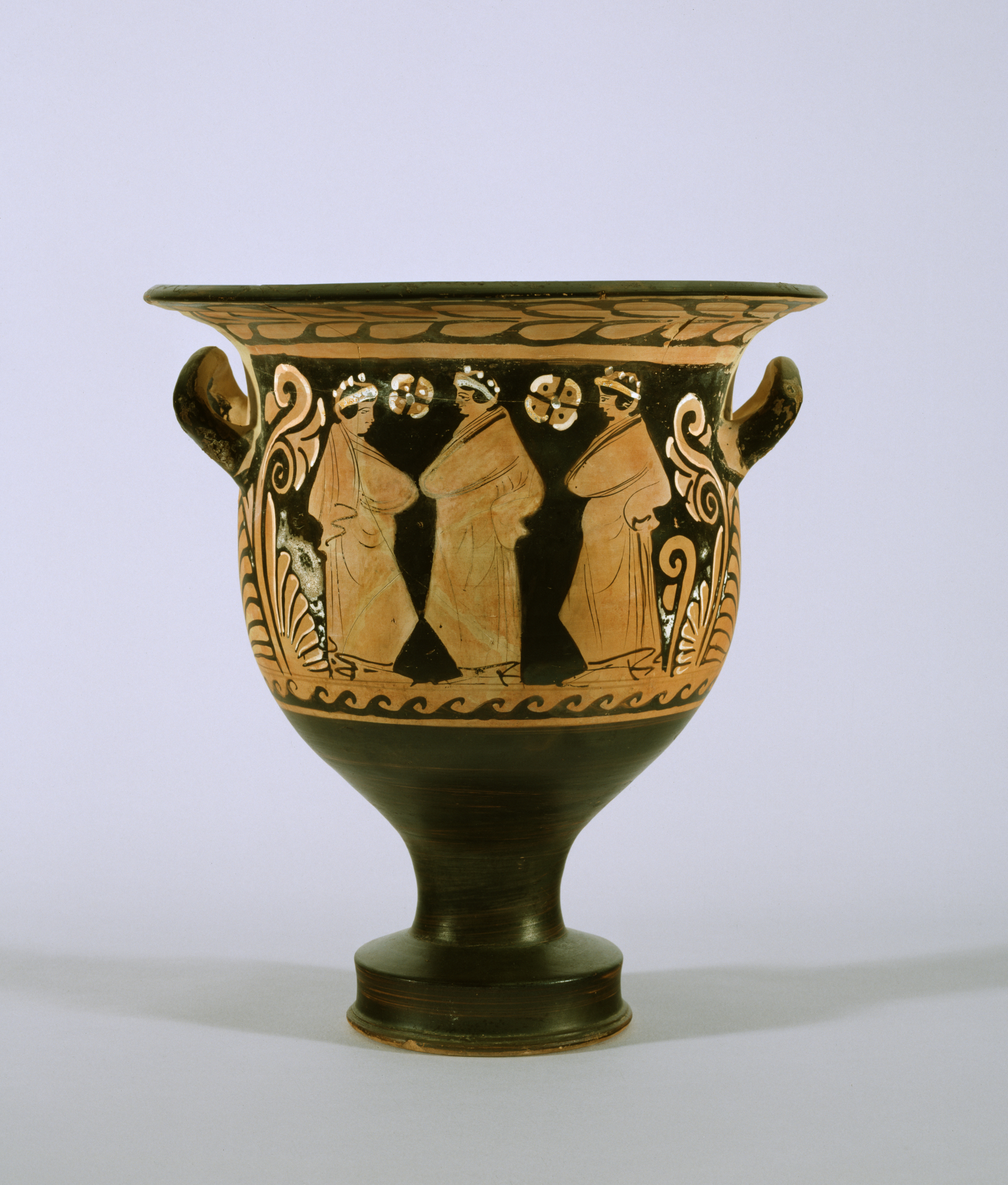 Here, three women carry offerings, a mirror, and a tambourine in preparation for a ritual. This scene is much more carefully executed than the one on the opposite side, which shows three youths with mantles wrapped completely around their bodies. Groups of two or three youths often appear on the backs of theses vases, and these scenes are usually inferior to those on the front. Depictions of small groups of people holding various objects are common on vases attributed to this painter, who combines Apulian elements with Campanian features, like the use of white to represent female skin.