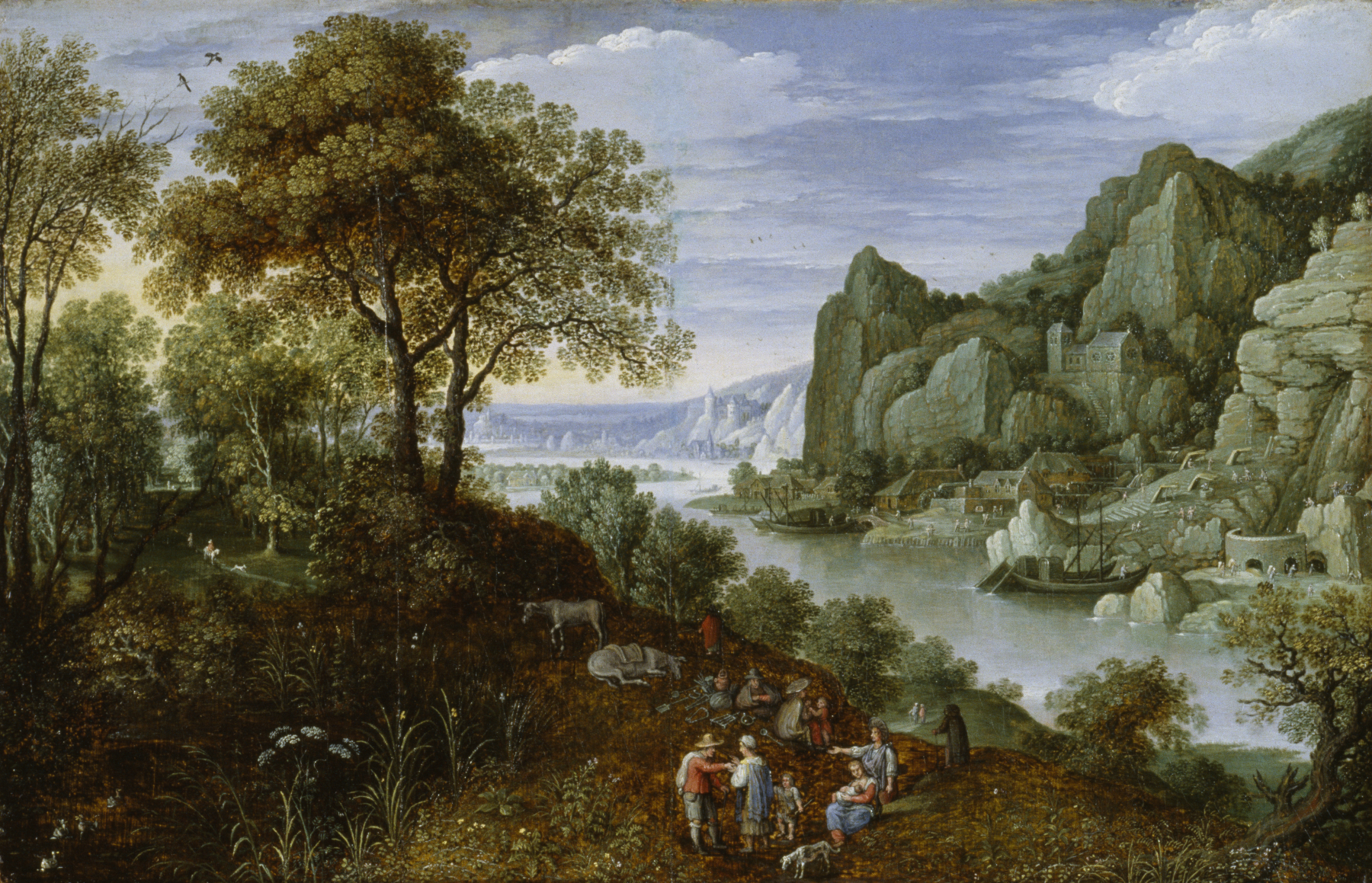 Mining was an important industry in the Southern Netherlands, Germany and Austria in the 15th-17th centuries. As many powerful figures with significant interests in mining were also great patrons of art, as Archduke Ferdinand of Austria, the theme became quite popular for landscape painting in the later 1500s.
The precipitous descent into the valley combined with foreground detail- gypsies selling farm tools- exemplifies the startling contrasts and references to mining found in later 16th-century landscapes by Lucas van Valkenborc (ca. 1535-1597), for example one in the Fondation Custodia, Paris. However, the tighter painting technique is that of Martin Rykaert, a 17th-century flemish painter who derived many subjects from his predecessors.