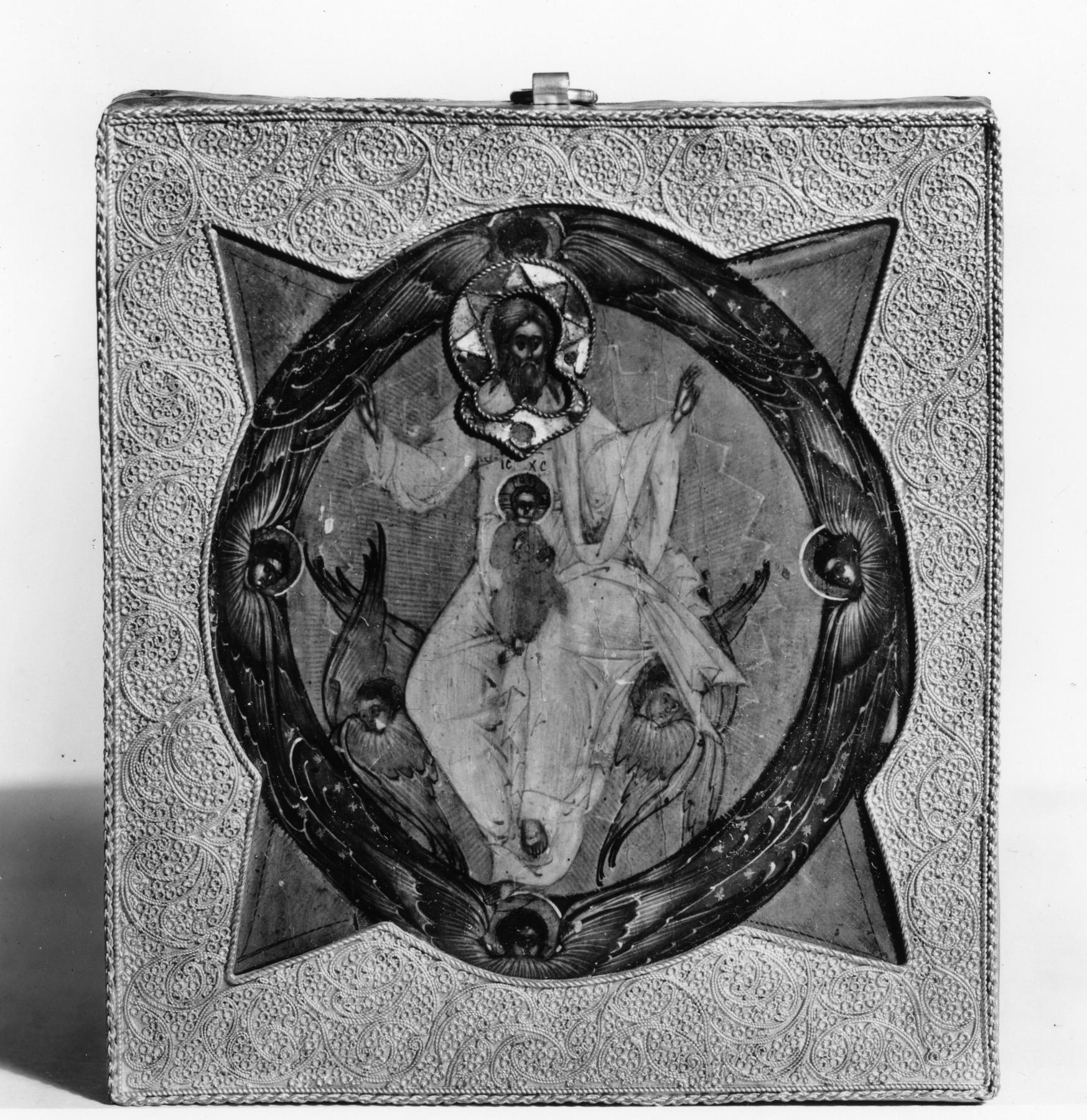 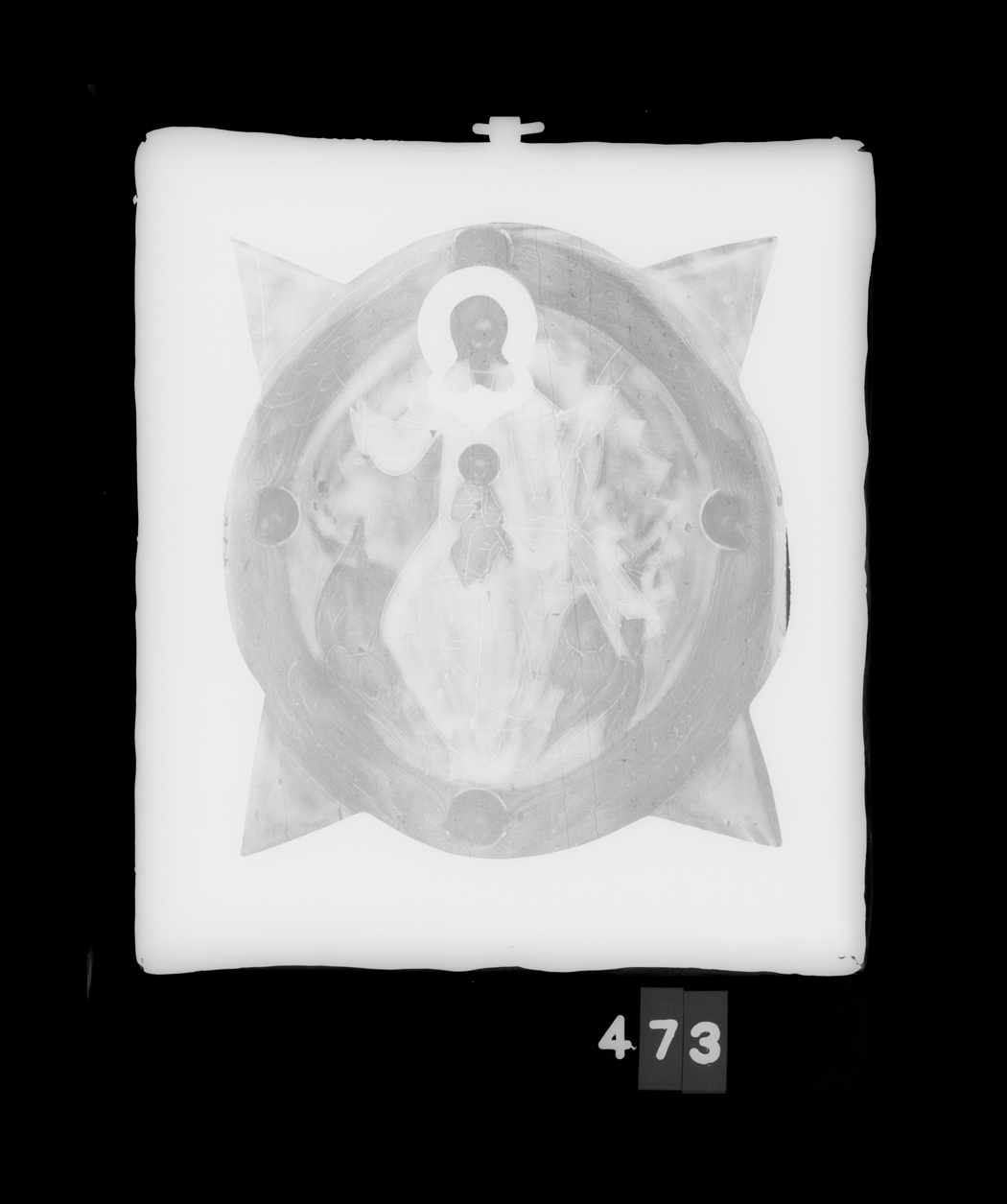 Christ Emmanuel with God the Father

In a composition known in Russia as "Paternity", this icon shows the infant Christ, or Christ Emmanuel, seated on the lap of God the Father in the form of Daniel's vision of the Ancient of Days, "whose garment was white as snow, and the hair of his head like the pure wool" (Daniel 7:9). Cherubim support God's throne and seraphim crowd around His aureole. Missing from the composition is the Holy Spirit, often portrayed on similar icons as a dove emanating from a disk in the lap of Christ.
The wooden panel is mounted in a copper filigree cover. The back of the icon is covered with patterned silk.