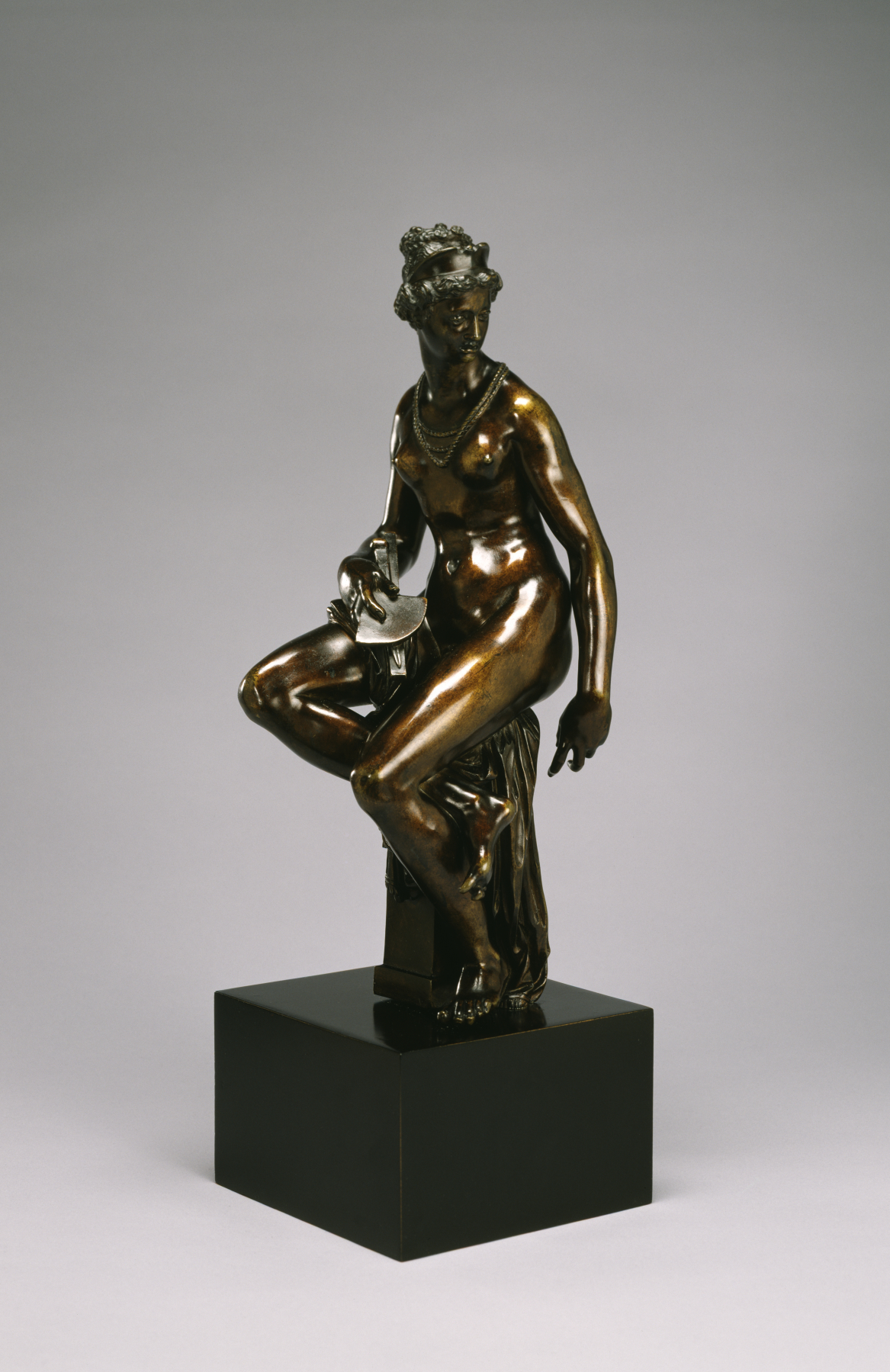 Architecture is personified as an elegant woman holding an architect's drafting tools in this statuette by Jean Boulogne. He was from the southern Netherlands but active by 1550 in Florence, where he was known as Giovanni Bologna or Giambologna. There he became court sculptor to the Medici dukes and also carried out commissions elsewhere in Europe. Emperor Rudolf II raised him to the nobility.

Around 1565, Giambologna carved a marble statue of Architecture (now lost), the appearance of which is reflected in a later copy that may be seen in the Walters' Sculpture Court (Walters 27.458) The wax prototype for a small version was modeled around 1580. Her body is elongated, with her legs shifted to the right while her head turns to the left in the graceful opposition (known as "contrapposto") so favored at the time.

The red-brown lacquer applied to this piece is associated with castings supervised by the artist; however, fine casts continued to be produced after his death, and testing has demonstrated that this cast is much later. Giambologna's statuettes were avidly sought by collectors throughout Europe.