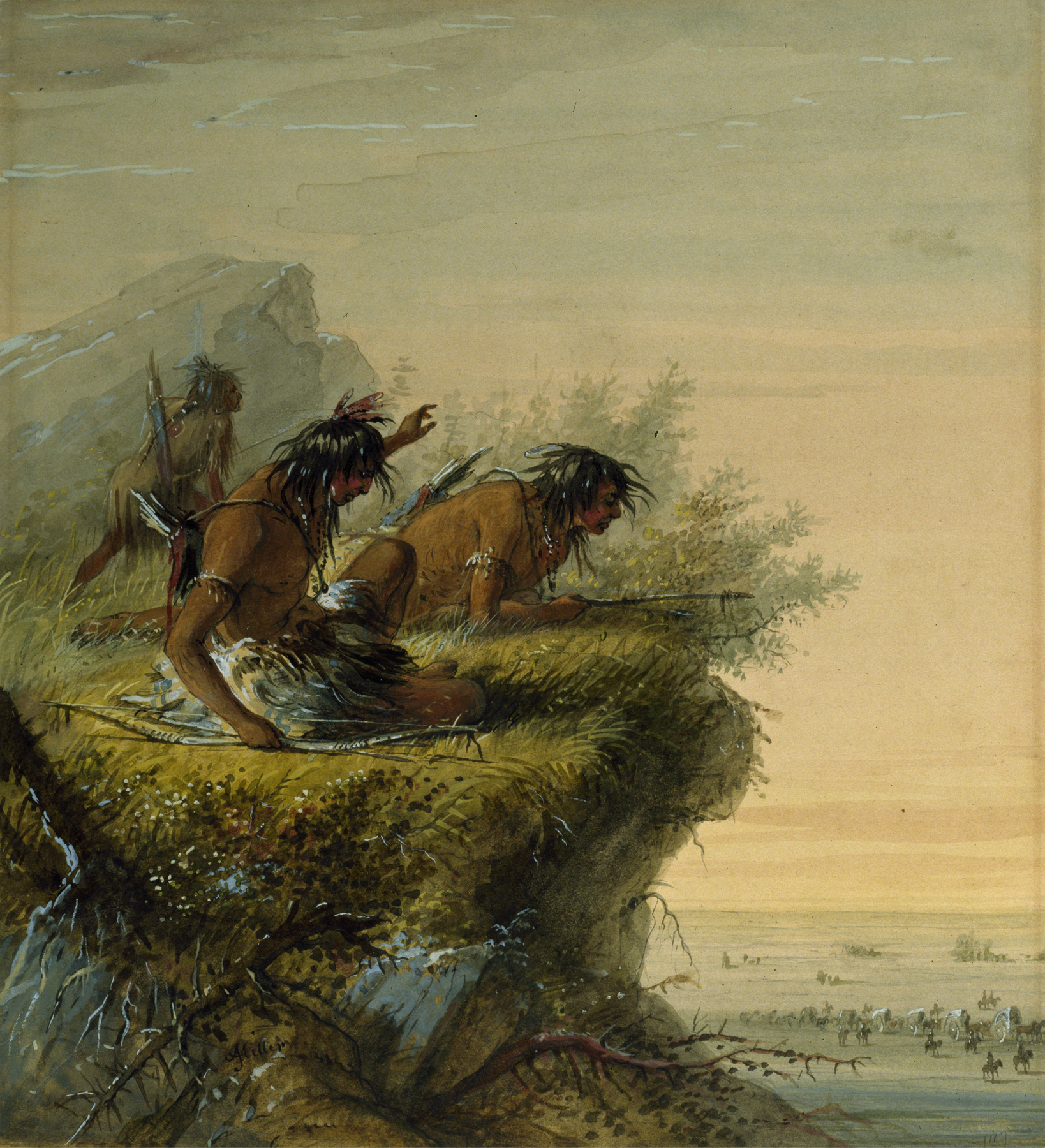 "Of all the Indian tribes I think the Pawnee gave us the most trouble, and were (of all) to be most zealously guarded against. We knew that the Blackfeet were our deadly enemies, forwarned here was to be forearmed. Now the Pawnees pretended amity, and were a species of 'confidence Men.' They reminded us of two German students meeting for the first time, and one saying to the other, 'Let's you and I swear eternal friendship.' In passing through their country, it was most desirable and indeed essential to cultivate their good will, but these fellow had le main croche. They could not, or would not, distinguish meum & teum. Whether they were within the Camp or in our vicinity it was requisite to put a ddoulbe guard over the horses. Then when we were en route we were continually under their surveillance, and we knew it. From the tops of bluffs, behind rocks, and out of the long grass of the prairie, they watche us and kept themselves posted; transmitting no doubt intelligence to 'headquarters.'" A.J. Miller, extracted from "The West of Alfred Jacob Miller" (1837).