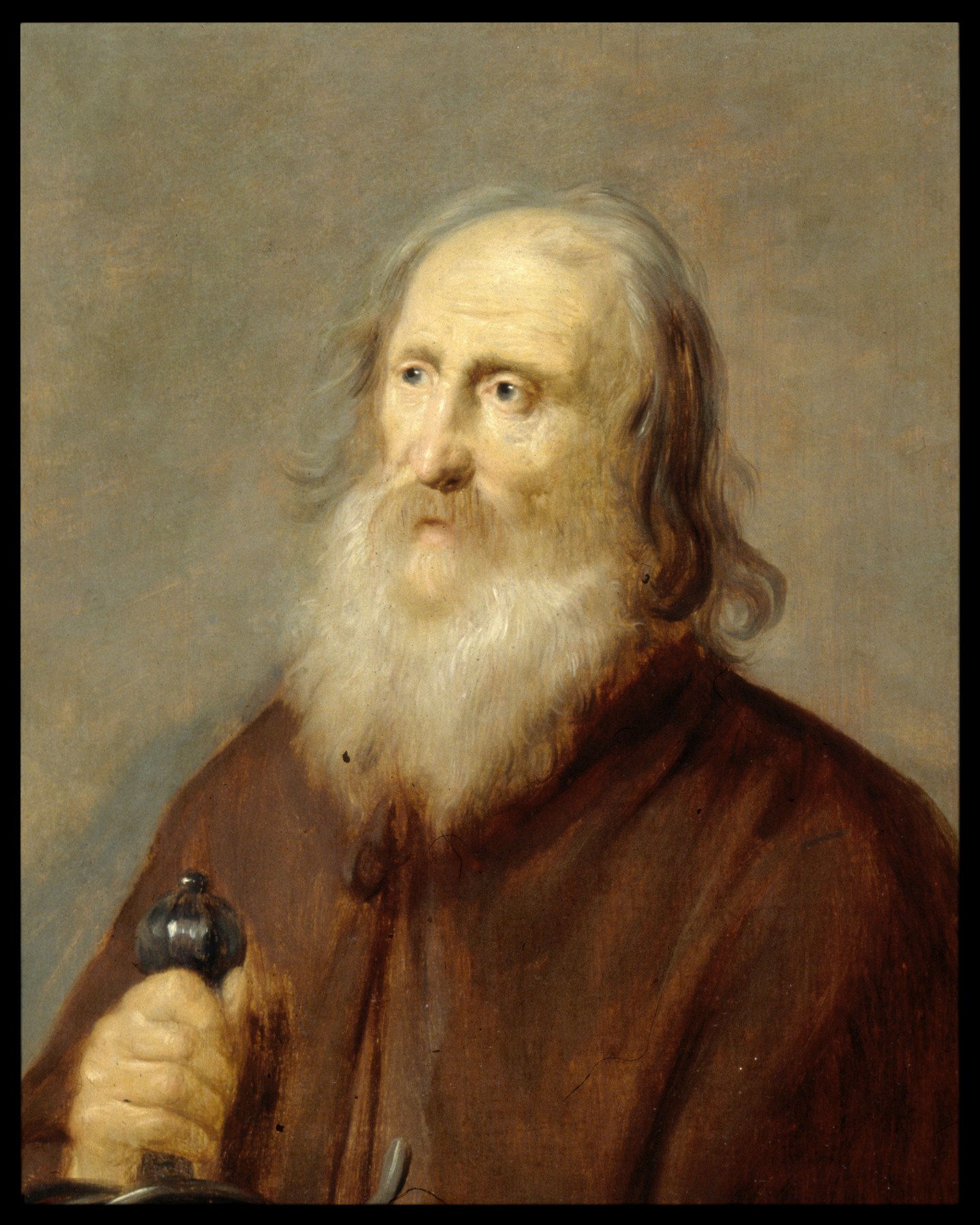 Verelst probably used a live model for this "portrait," but the old man's sword would have identified him to contemporary viewers as the Apostle Paul holding the symbol of his martyrdom, the sword by which he was beheaded. Paul's theology--emphasizing that personal salvation depends more on the believer's having faith in Christ's capacity to save than on carrying out good works--was fundamental for Dutch Protestants; images of Paul were painted by nearly every Dutch painter of religious subjects.

Verelst was not a student of Rembrandt, but Paul's aged face emerging from shadow to suggest an inner spiritual state owes much to him.