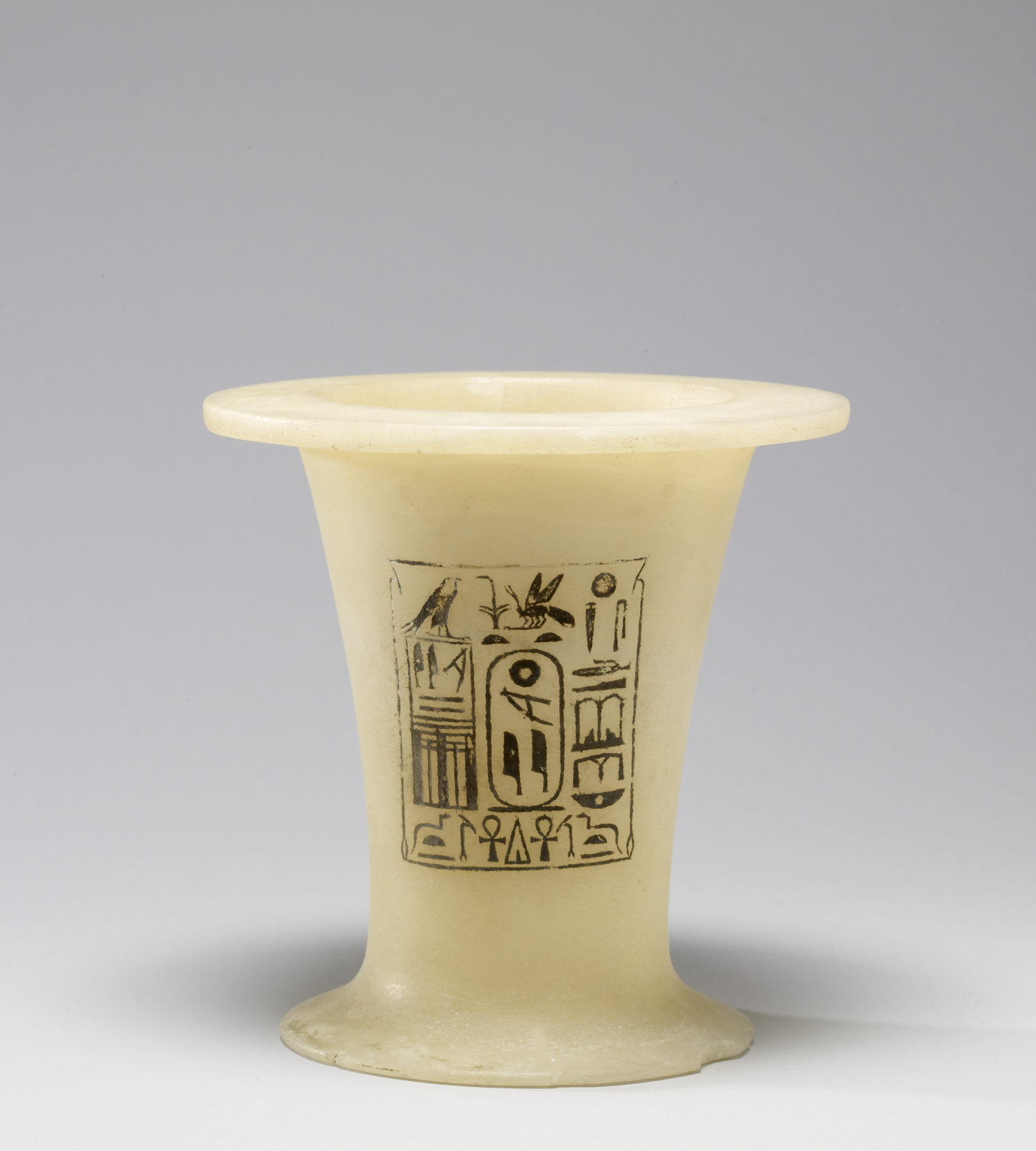 Jubilee Vessel of Pepi I

The beautiful hieroglyphs on this vessel identify its owner and the ritual in which it was used. On the left is King Pepi I's Horus name (one of a king's five names), "Beloved of the Two Lands [Egypt]." At center is his throne name, Mery-re; below are brief, symmetrical texts reading, "given life and dominion forever." On the right is a text, "First day of the Sed-festival." If an Egyptian king reigned for thirty years, he performed a ritual of renewal, the Sed-festival, in which this vessel would have been used.