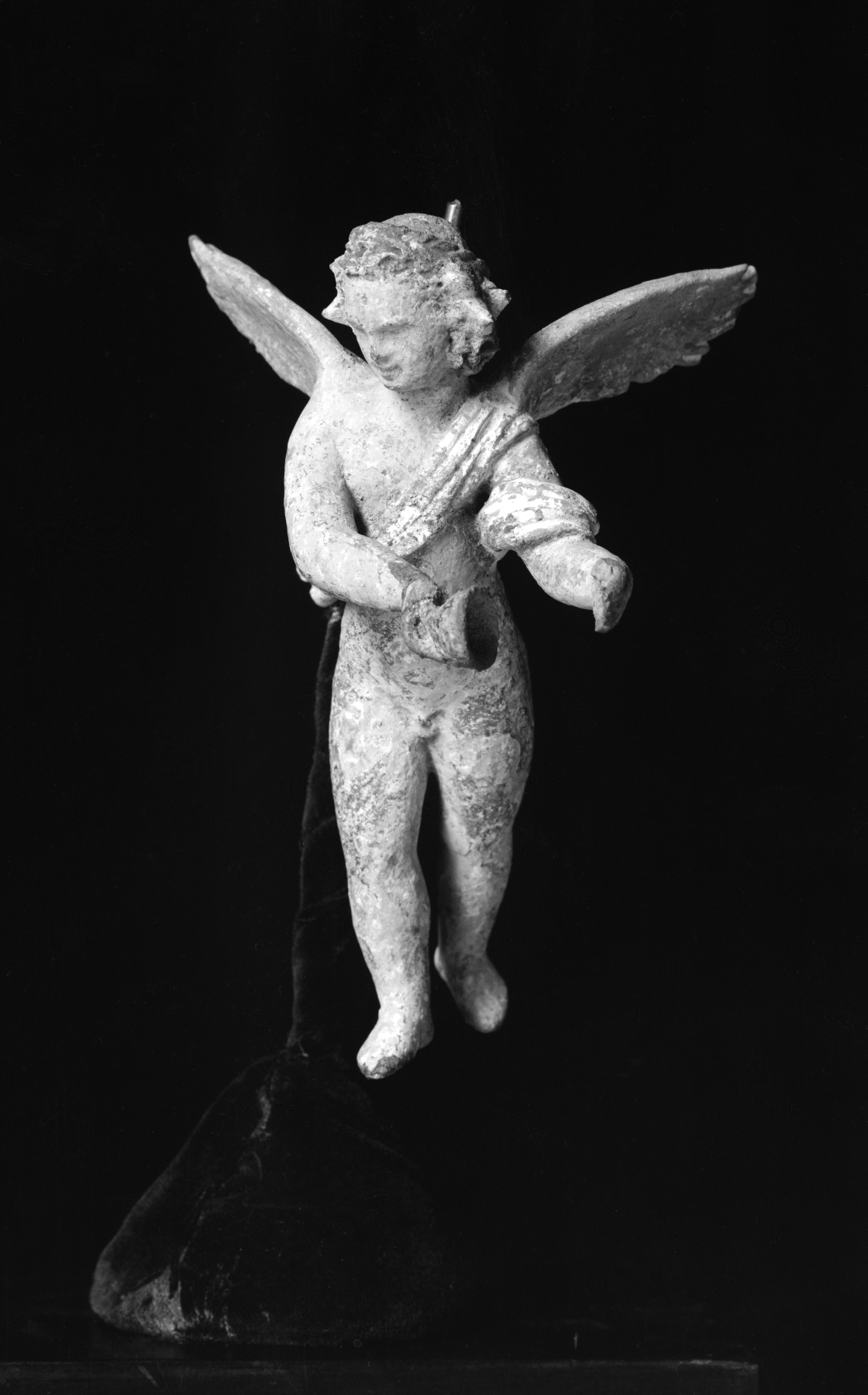 Hypnos, the Greek personification of Sleep and son of Nyx (Night), appears as a winged child or youth; he closely resembles his twin brother Thanatos (Death) as well as Eros. His attributes can include a horn containing sleep-inducing liquids or poppy seeds to bring slumber to gods and mortals. Here, he is holding a cup, possibly containing water from the Lethe, one of the rivers in the underworld. Drinking water from this "river of oblivion" causes forgetfulness.