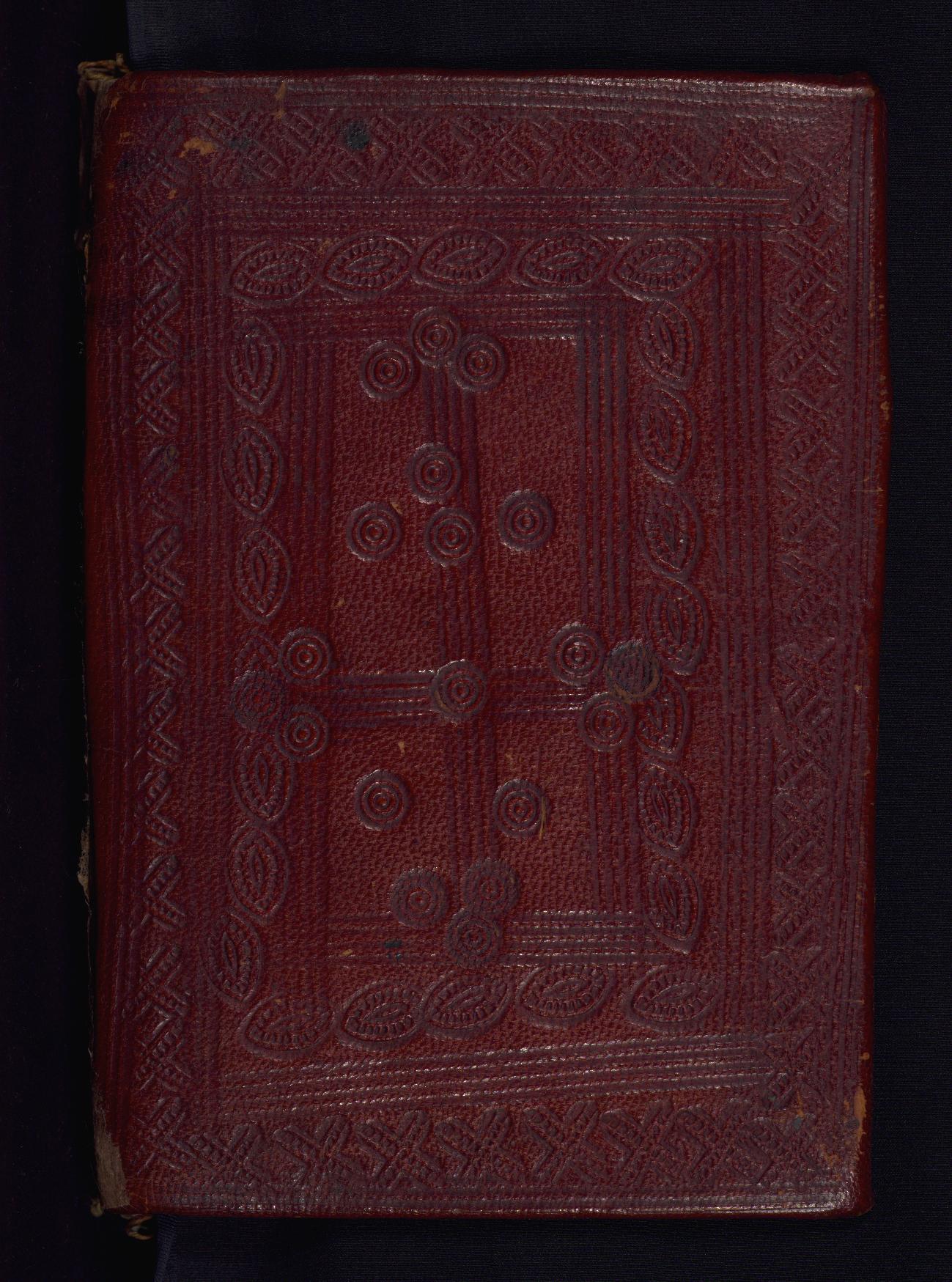 This mass book, containing one of about twenty anaphoras of the Church, was made for Wäldä Mädhen between 1929 and 1942 (that is, when Yohannes or John was Patriarch of Alexandris, 1928-1942, and Qerelos or Cyril was the metropolitan of Ethiopia, 1929-1950). It was written by the scribe Wändemmu Gashaw (whose baptismal name was Gäbra Maryam) of Däbrä Libanos monastery, just north of Addis Ababba, Ethiopia. Written in Ge'ez, the traditional liturgical language of the Ethiopian Orthodox Church, the manuscript contains the Anaphora of Mary ascribed to Cyriacus, bishop of the city of Bahnasa, in Upper Egypt. There is a richly colored image of the Virgin and Child on the blank folio before the text, and the manuscript ends with a depiction of St. Michael conquering the Devil. Both illuminations were painted on reused text pages, which were added much later to give value to the manuscript. The late date of this work is a testimony to the remarkable continuation of the medieval manuscript tradition into the modern era in Ethiopia. 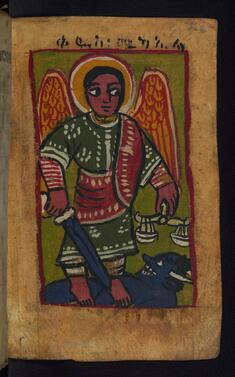 St. Michael standing on the Devil 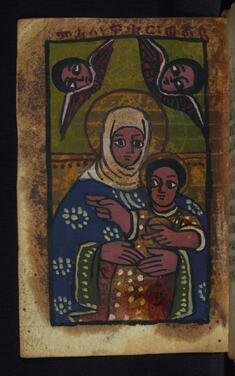 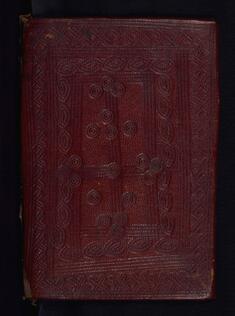