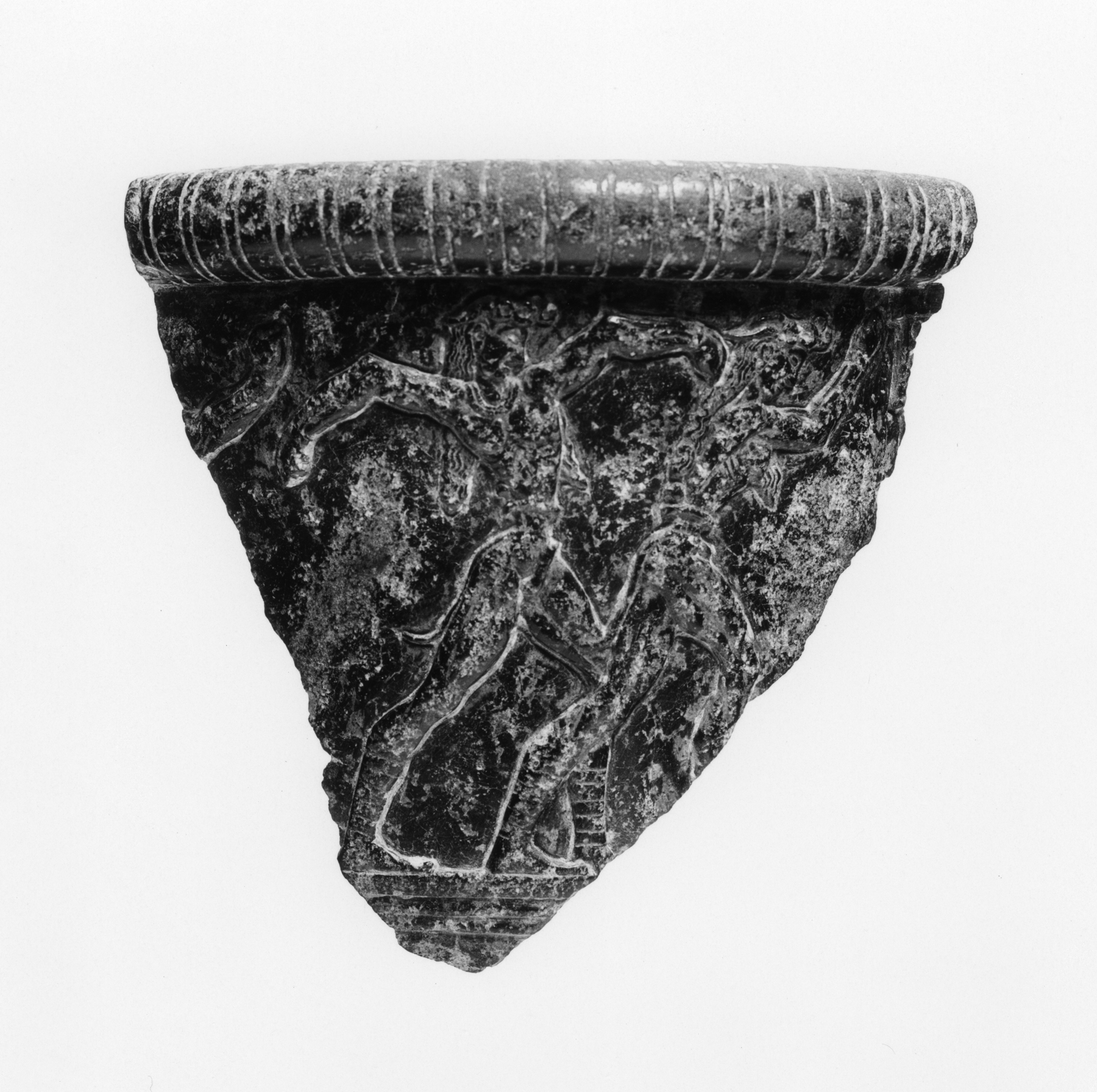 Fragment of a Vase

This fragment of a vase has incised lines filled with white around figures. Depicted are two boxers and a fragment of a third to the right towards a column.