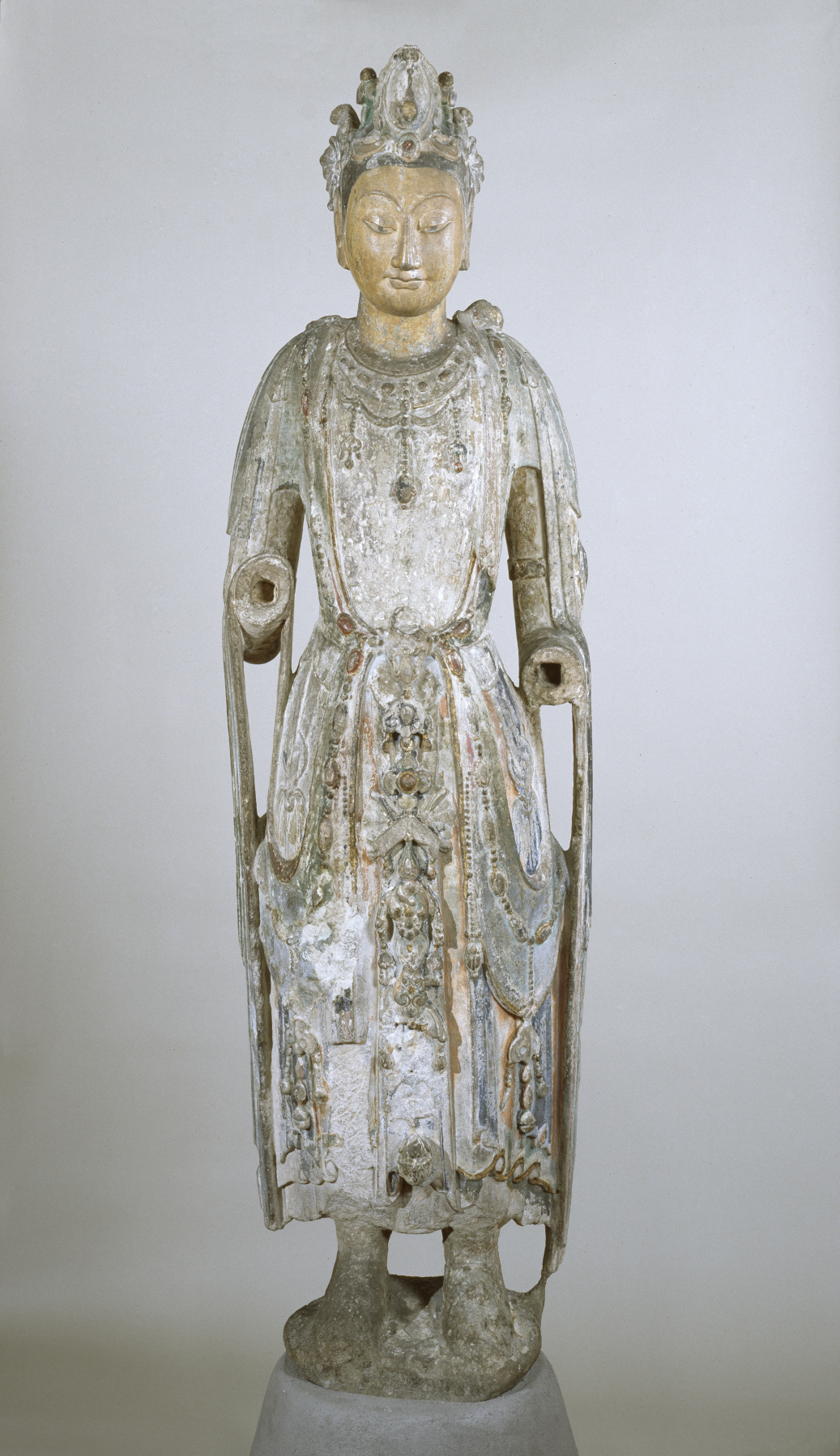 Bodhisattvas or Buddhas-to-be are dressed as Indian princes would be, with elaborate jewelry. Although his identifying symbols are lost, this Bodhisattva is probably Guanyin [Kuan-yin], one of two Bodhisattva attendants to the Buddha who dwells in the western paradise. The most important of all Bodhisattvas, Guanyin [Kuan-yin] responds to the needs of those who call upon him - to escape from a fire, or when desiring the birth of a child. He usually holds a lotus (sometimes in a vase in his lowered left hand, sometimes in his right hand) - a symbol of transcendence because it rises from mud. The head of this statue was probably re-carved in the 11th-12th century or later.