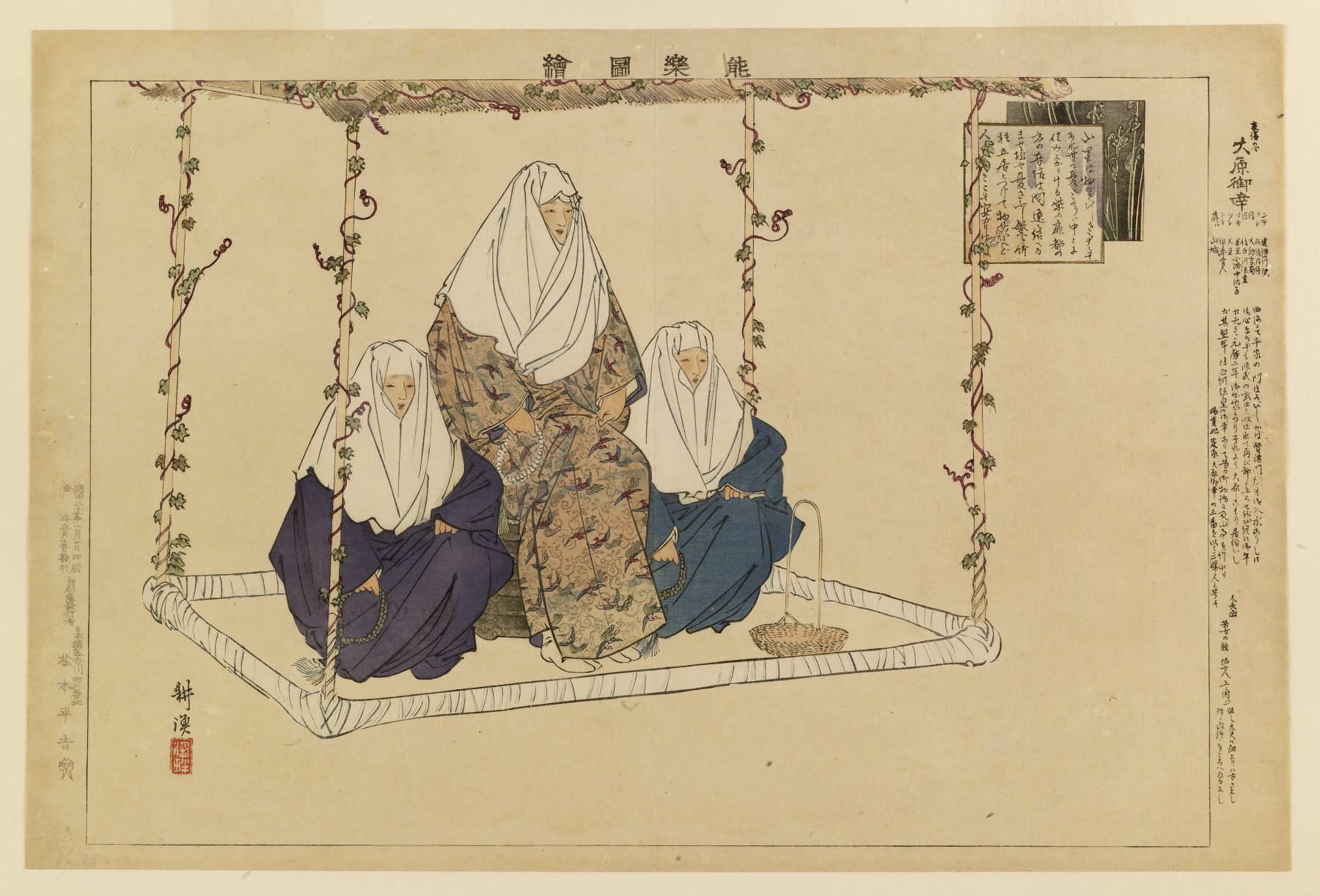 The former Empress Kenreimon-in has become a nun and is shown with two companions. The framework represents her rustic cottage at a convent in the hills of Kyoto, where the Retired Emperor Go-Shirakawa pays her a visit.

In 1185, at the battle of Dan-no-ura, the empress, foreseeing defeat, had jumped into the sea with her mother and son, the child emperor. The child and his grandmother drowned, but the empress was pulled from the water by an enemy soldier.