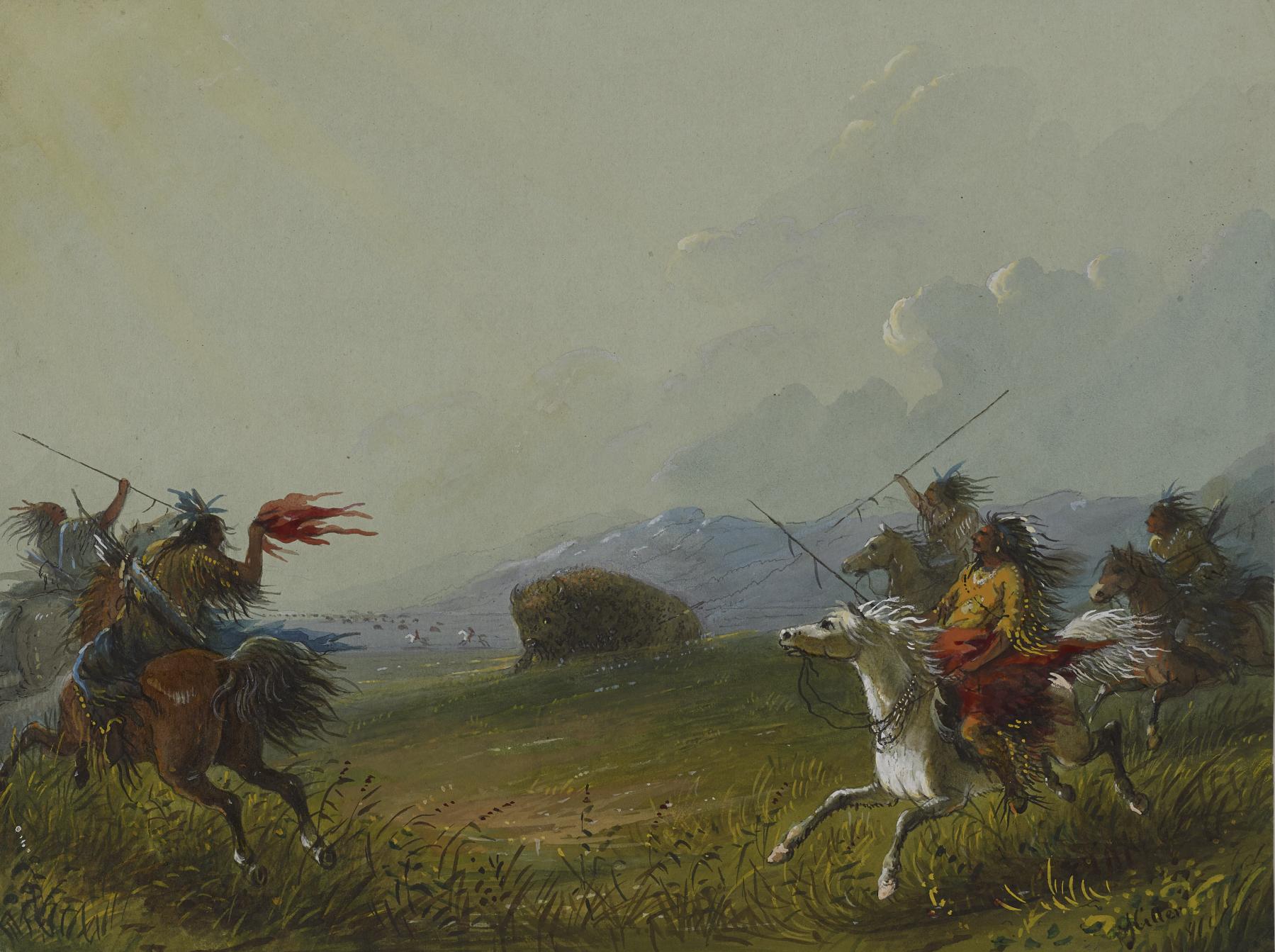 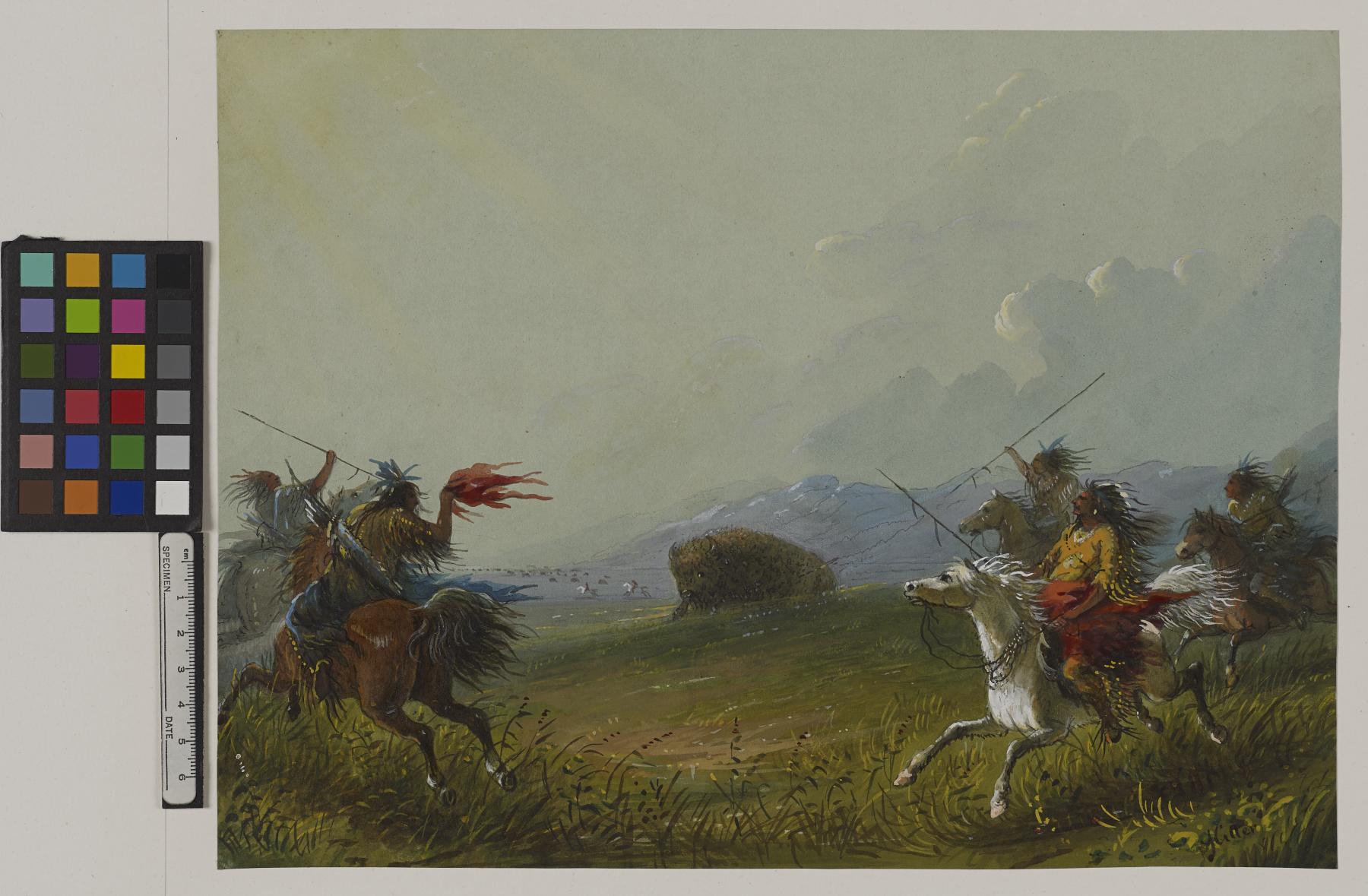 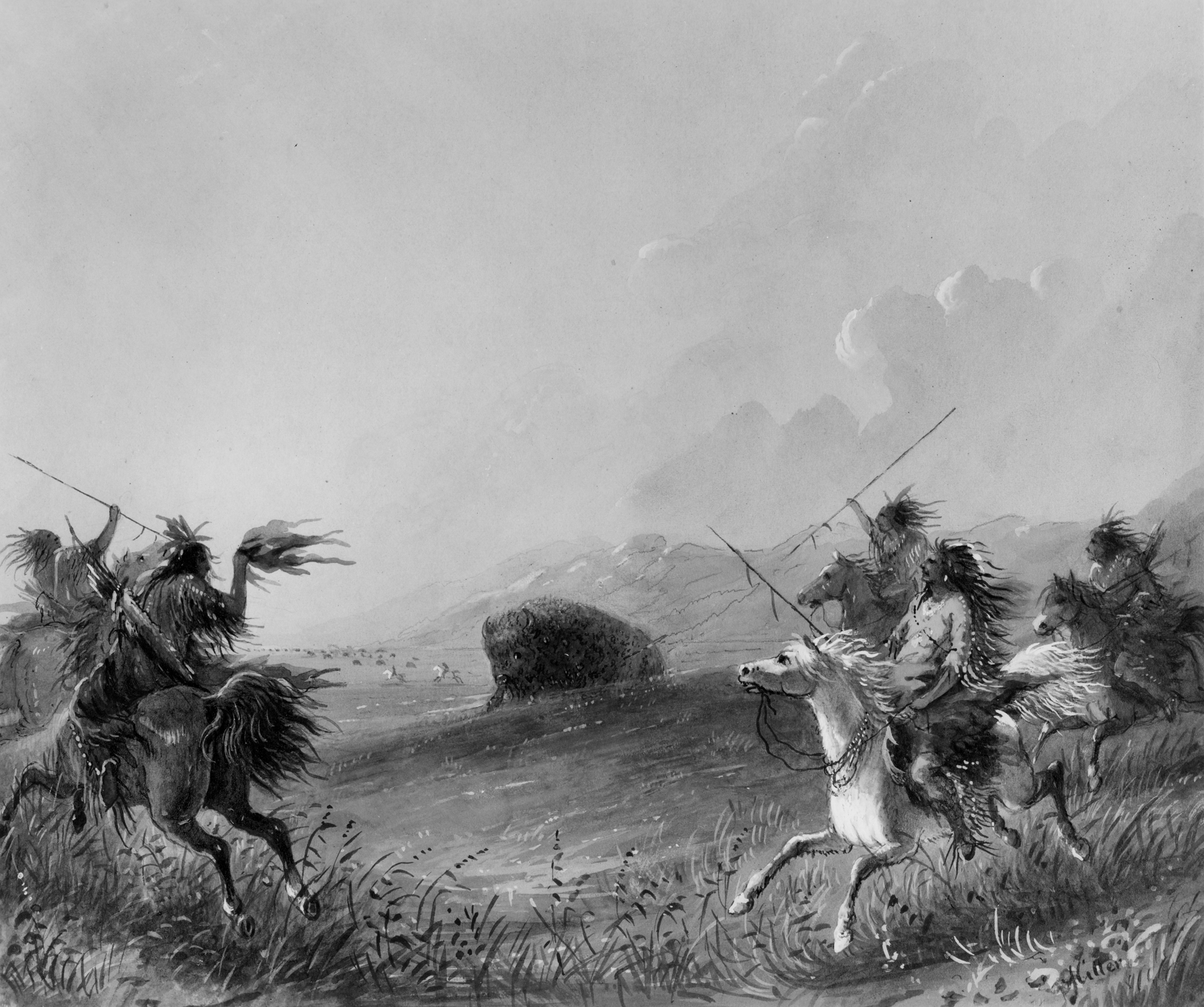 "The scene represents a rolling prairie, and this is always unfavorable to the Buffalo;- To urge his huge weight up hill is to him not a labor of love. Heis here at bay, and has fallen at the top of the hill;- wounded, but by no means vanquished. The Indians in the meantime are racing round about tantalizing and menacing him,- fluttering a red cloth, and yelling at the top of their lungs. He bellows from impotent rage, rises on his fee, stamps the ground, flings the earth all around him, and then makes a dash at the nearest,- being perfectly familiar with the habits of the animal, they are quite prepared for this, and genrally stampede follows,- the attack is renewed as soon as he stops;- until exhausted with weakness and loss of blood, he falls again and is dispatched with spears or arrows. At times they require a good deal of killing - being very tenacious of life." A.J. Miller, extracted from "The West of Alfred Jacob Miller" (1837).