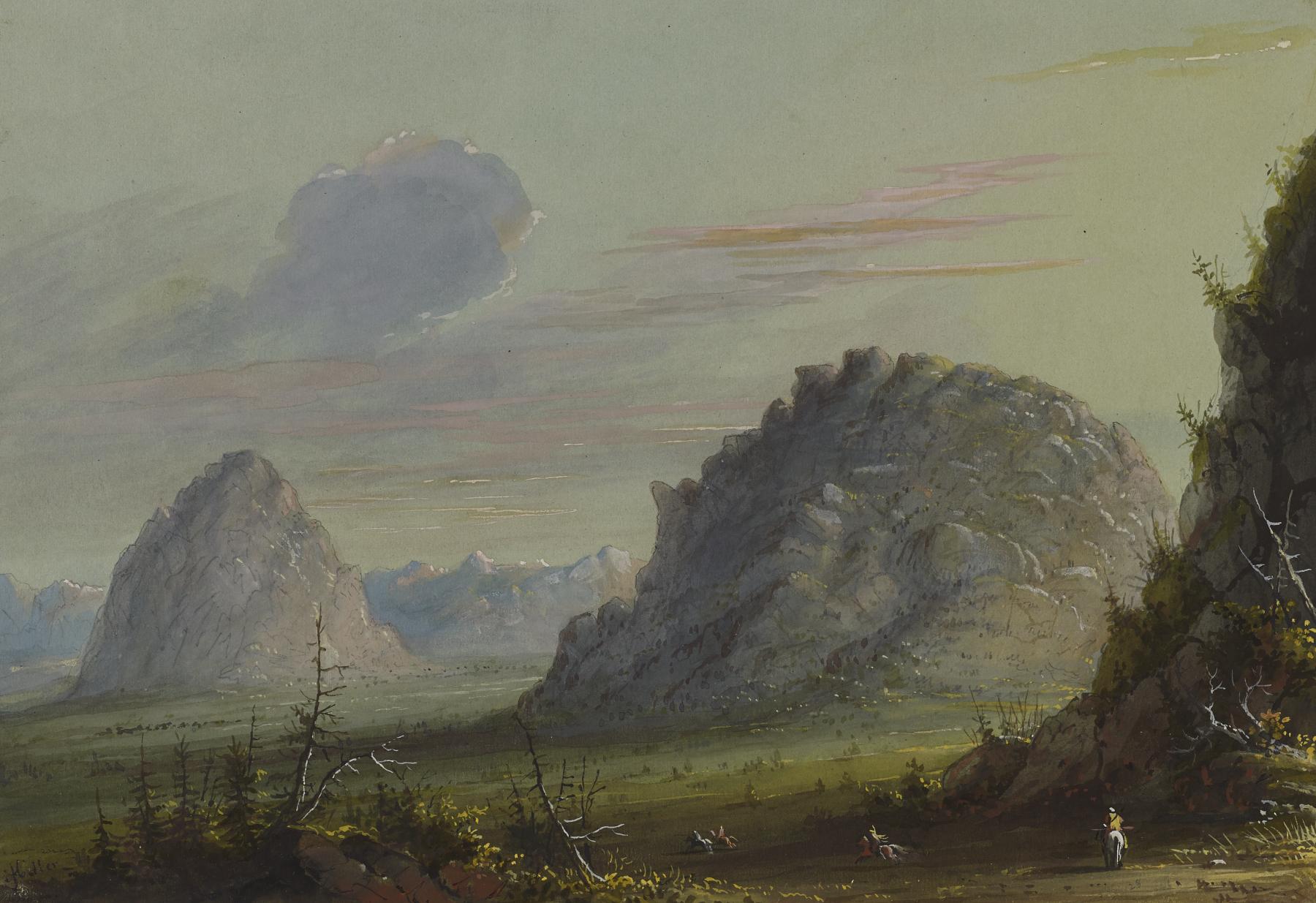 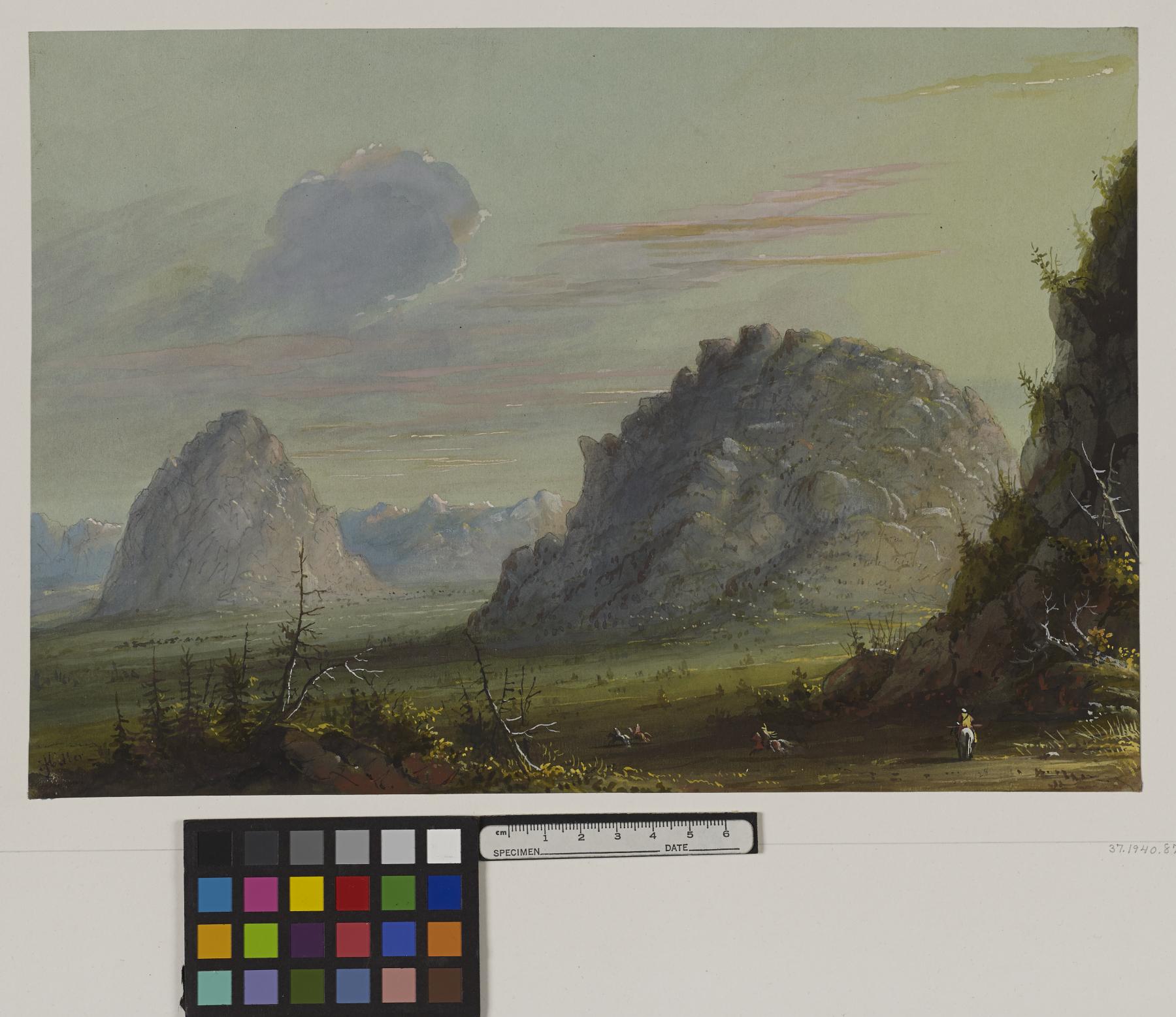 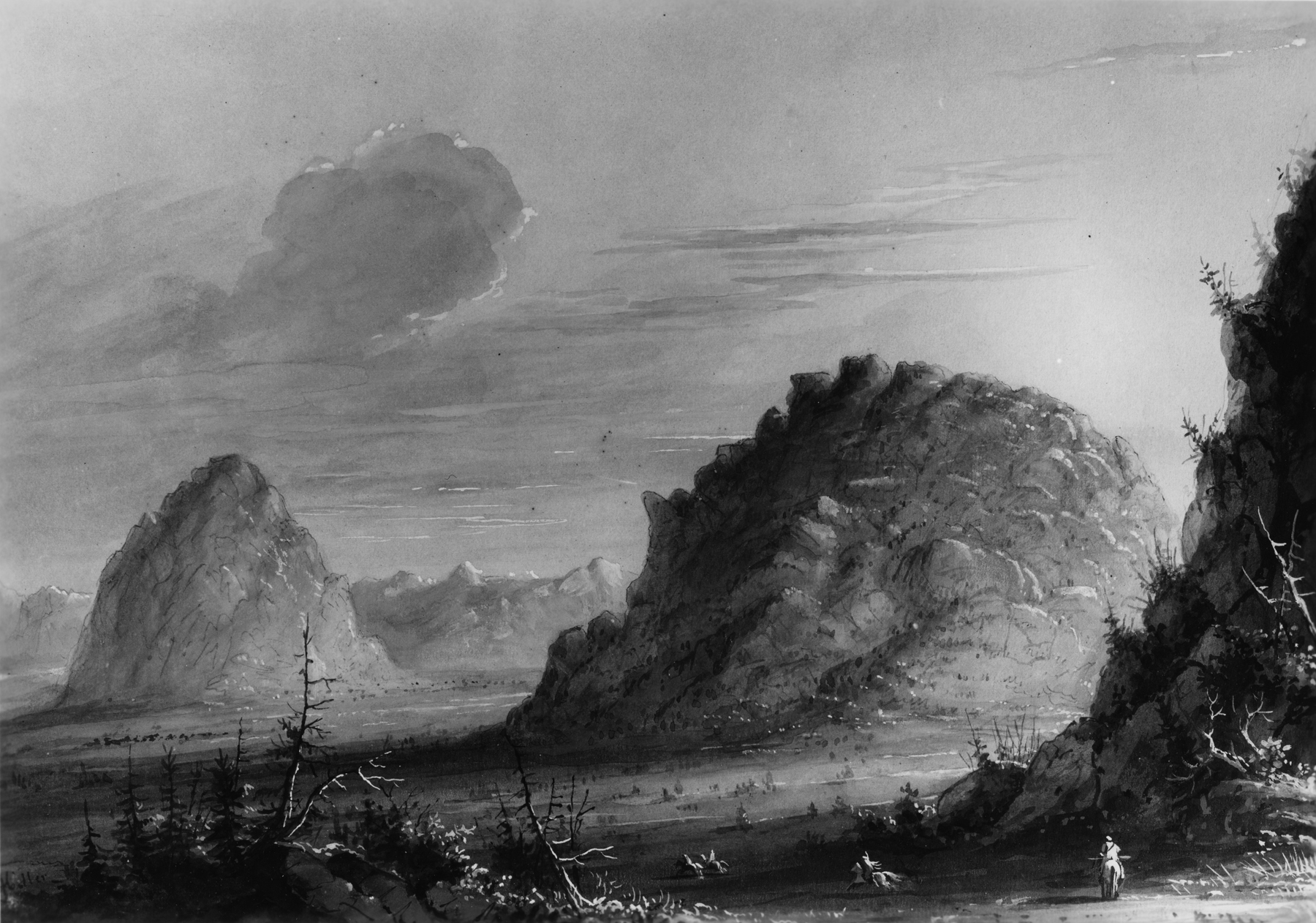 "In this district of the prairie, west of Laramie, and south of the Platte, these monstrous rocks rise immediately from the level plain, attaining altitudes from 500 feet upwards. They are of all imaginable shapes, as if nature had been in eccentric and merry mood;- taking care however to have the centre of gravity fall is such a manner as to combine the most complete solidity with the utmost strength. They will be as they are now when the great pyramids of Egypt are forgotten;- with the proviso whoever of 'Ochiltree' in the 'Antiquary,' 'Yemaun keep hands and gunpowther frae them.' Of what possible use can they be? With a telescope you can see the mountain sheep looking complacently on us,- they scale these dizzy heights with ease and defy us to follow,- this is the use to them. At night (if they discover no enemy near) the flock descends for food and drink, and by daylight return to the tops of thes impregnable forts, where they sleep secure. Trappers state that when two males from opposite directions meet on a narrow ledge of rock neither make way, but give battle and continue it, until one or the other is thrown down." A.J. Miller, extracted from "The West of Alfred Jacob Miller" (1837).