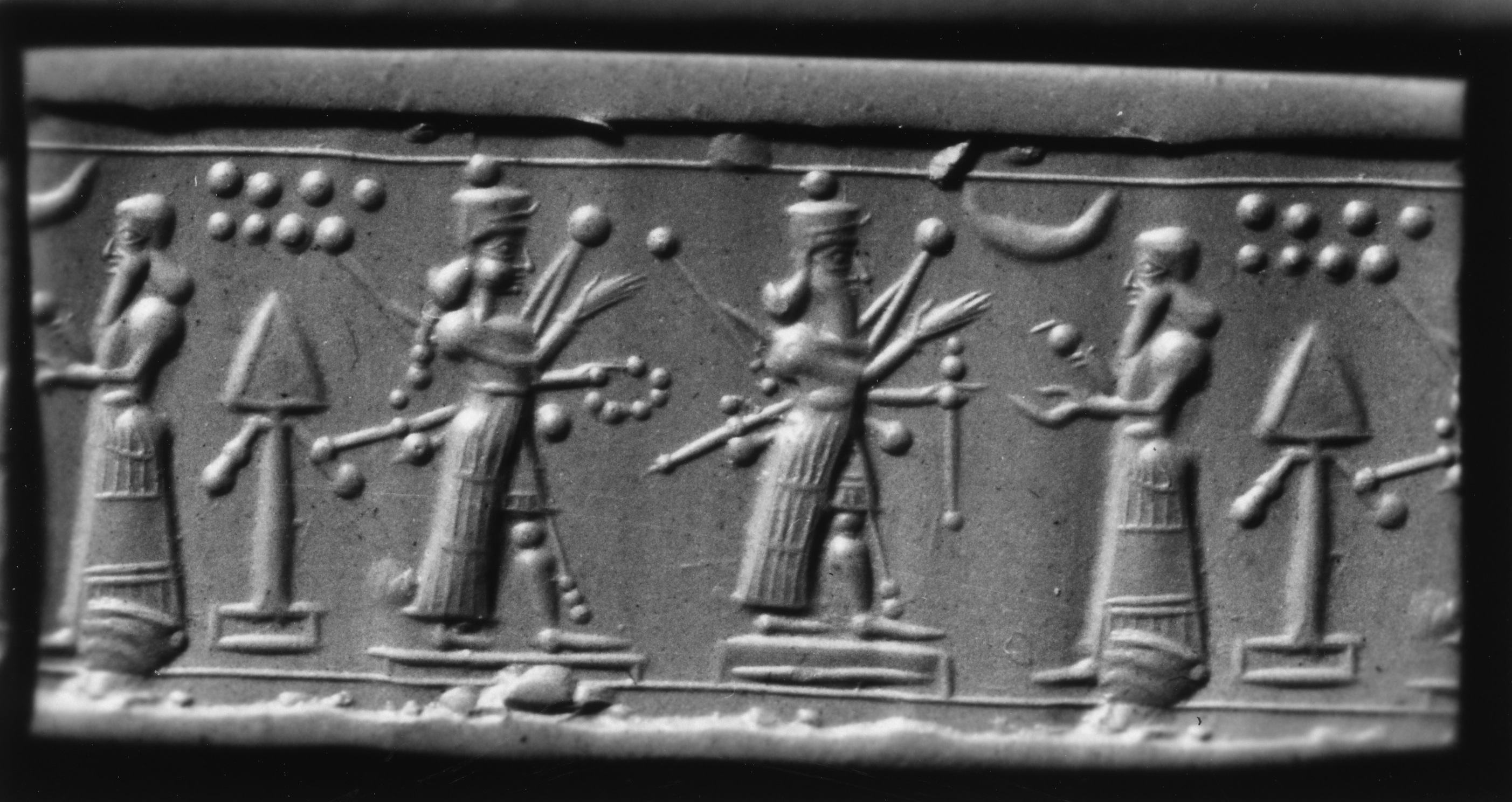 This seal depicts a king standing and facing two winged deities, each of whom stand on platforms. One deity holds the rod of kingship, while the other holds the ring. There is a stylized tree and moon.