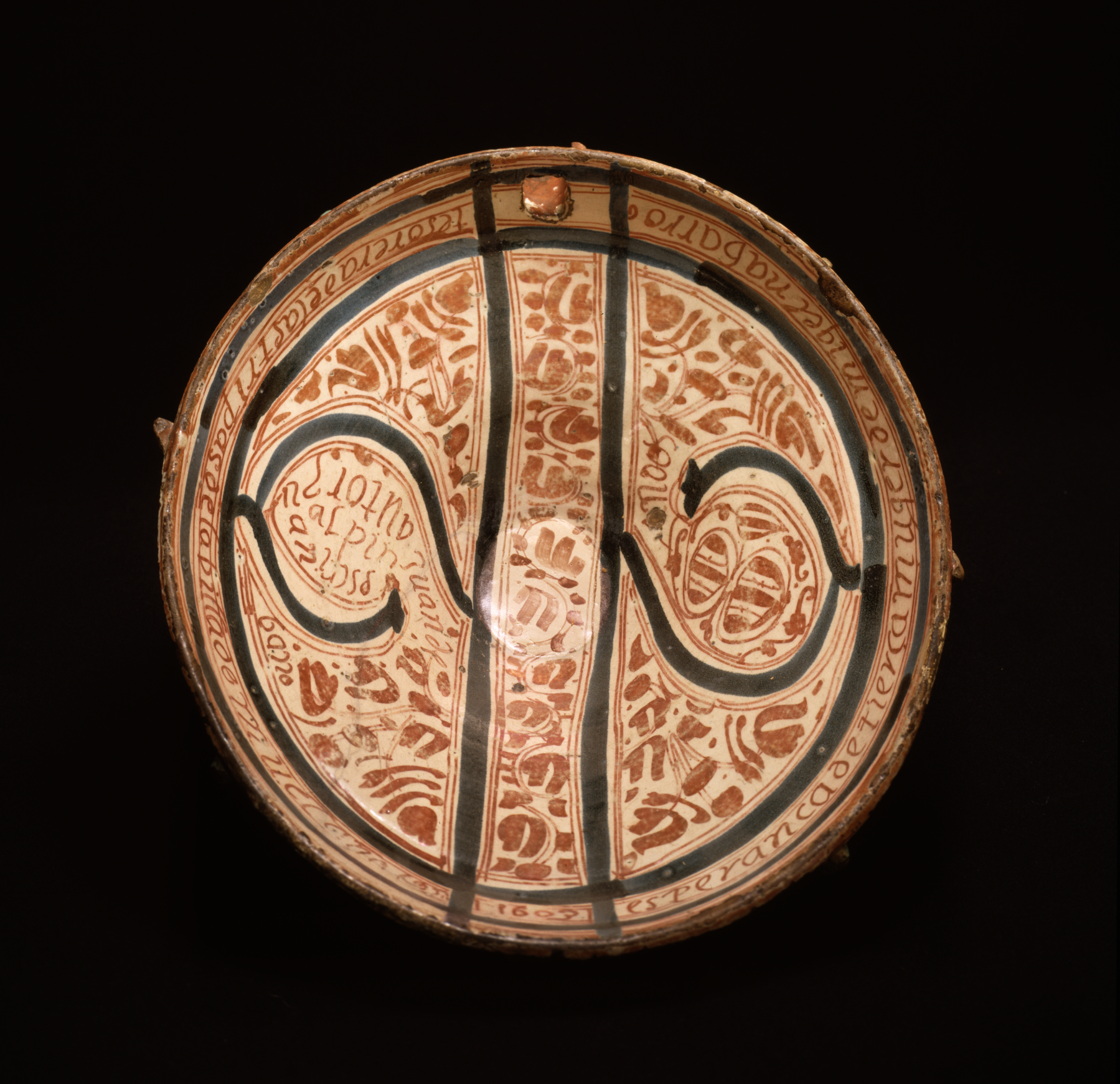 An inscription in Spanish on the rim of this bowl cites the name of its owner and alludes to its function, making it one of the most interesting surviving examples of late Hispano-Moresque pottery: "Esperança de Tierça, wife of Mig[u]el de Navarro, [and] keeper of the tripes in the town of Muel. Year 1603." Inside the bowl is the name "Juan Escribano," surely the craftsman. Tripe is pig intestine used for the casing of sausage. The casing would be fitted over the spout and the meat mixture in the bowl forced into it.

The population of Muel consisted mainly of "moriscos" (Spanish subjects of Moorish descent) who made their living as potters. The town's lusterware production stopped almost completely when the "moriscos" were expelled a few years after this bowl was made.