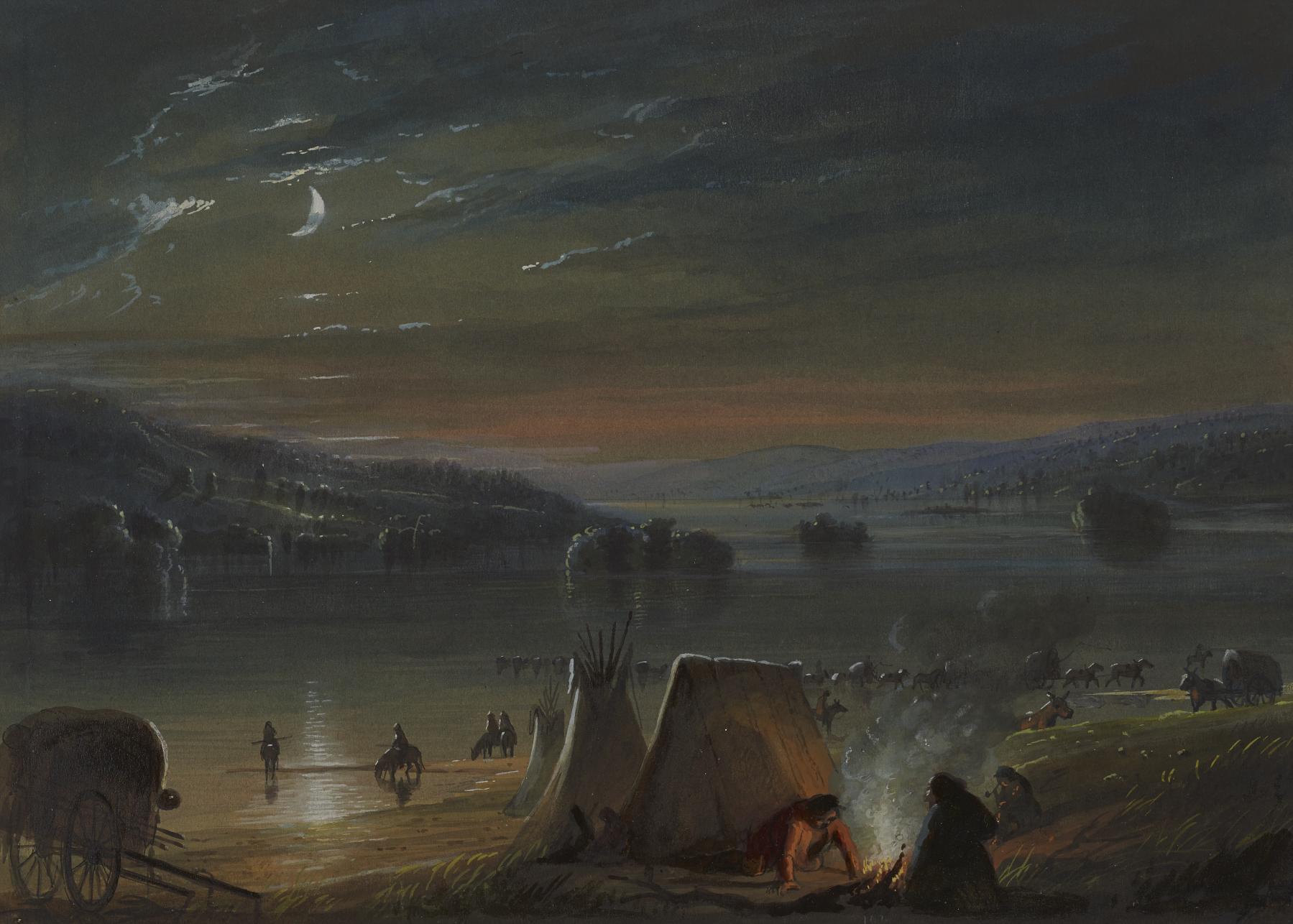 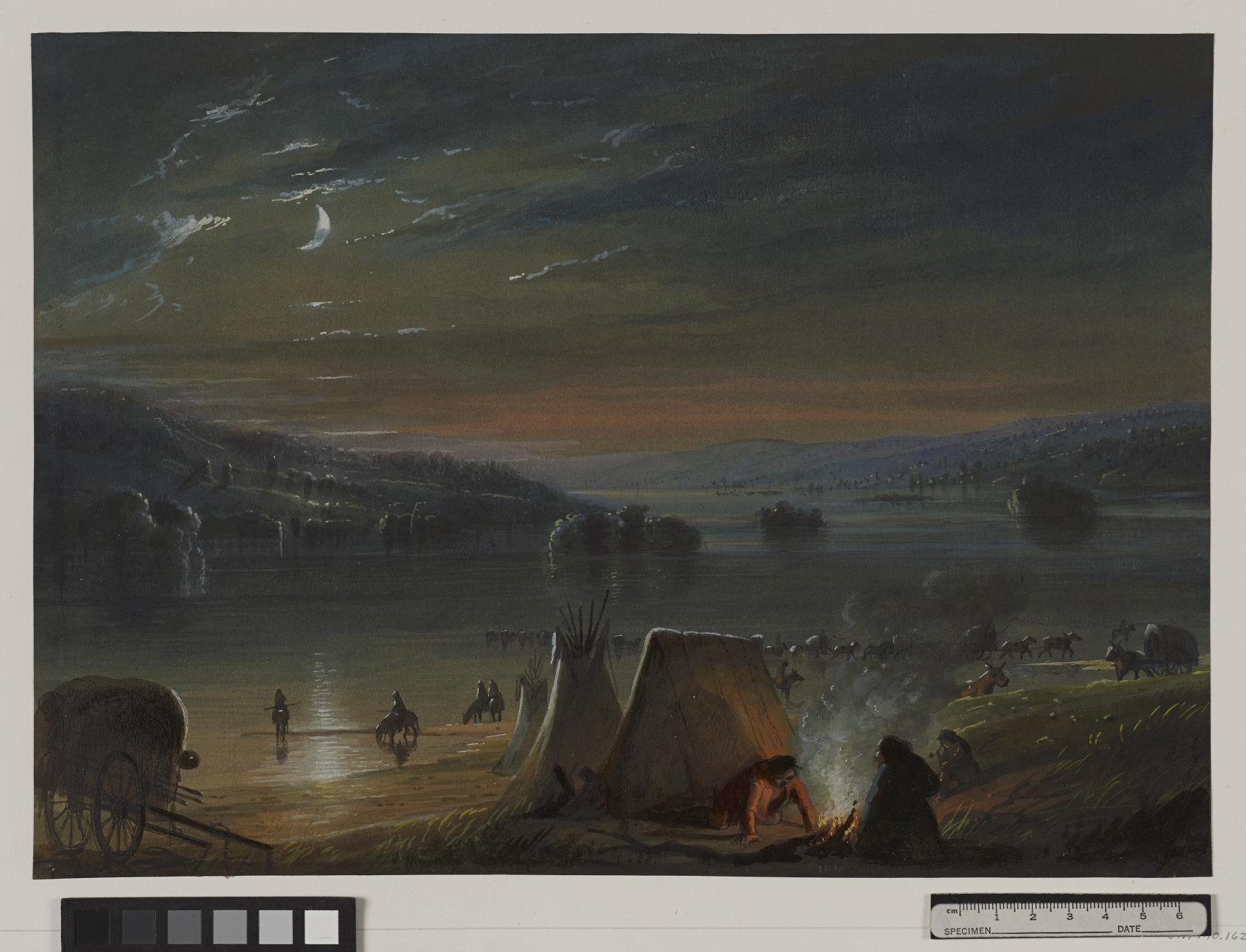 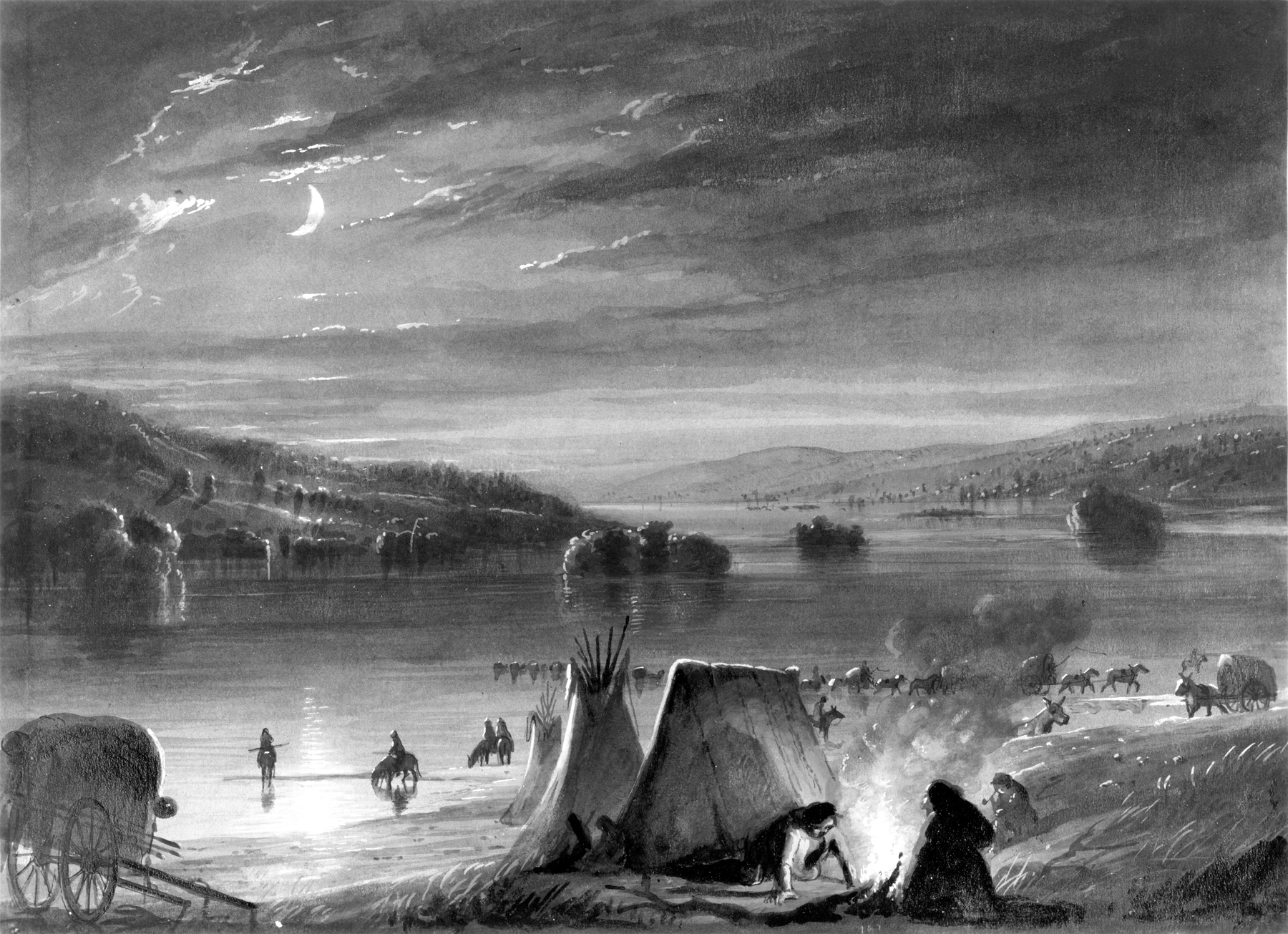 "Daylight still lingers on the horizon, but the moon gives light. The Camp is belated, and a successful effort has been made to coss the river,- it being shallow enough to pass the vehicles without injury to the goods they contain. On arriving at the banks of a river, late or otherwise, a crossing is effected (if possible) so as to start early on the following morning;- our purveyors are bustling to provide a supper for these hungry men, the evening meal being the most lively of any;- the work for the day being finished, they are at leisure;- the incidents thereto are brought forward, commented upon and criticized; the hunters relate their adventures among the 'varmint.' the greenhorn listens, & wishes 'That heaven had made him such a man.' If not too tired the Canadians get up for a dance, while others chaunt or play the tune. Last scene of all the mountaineers is streched out with 'his back to the earth, his feet to the fire.'" A.J. Miller, extracted from "The West of Alfred Jacob Miller" (1837).