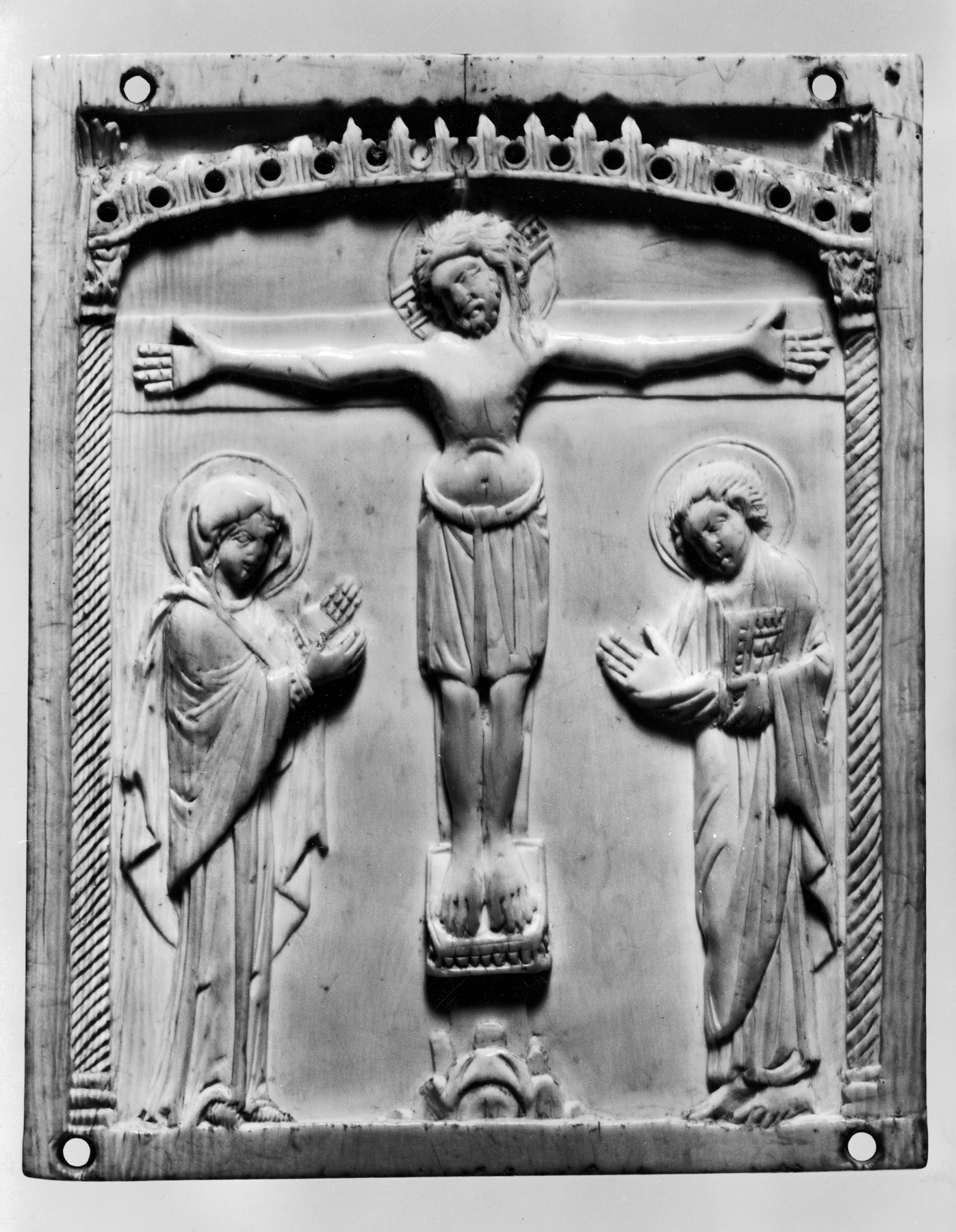 This plaque depicts the Crucifixion with the mourning Virgin and Saint John the Evangelist. Apart from the inclusion of a canopy supported by columns, this ivory also differs from its contemporaries in its style; here the artist has carved his figures with much rounder faces and softer folds of drapery. The plaque was originally part of a triptych and holes for fastening its wings can be seen in each corner. It was originally part of a group of ivories called the Nicephoros Group, named for the emperor Nicephoros II.