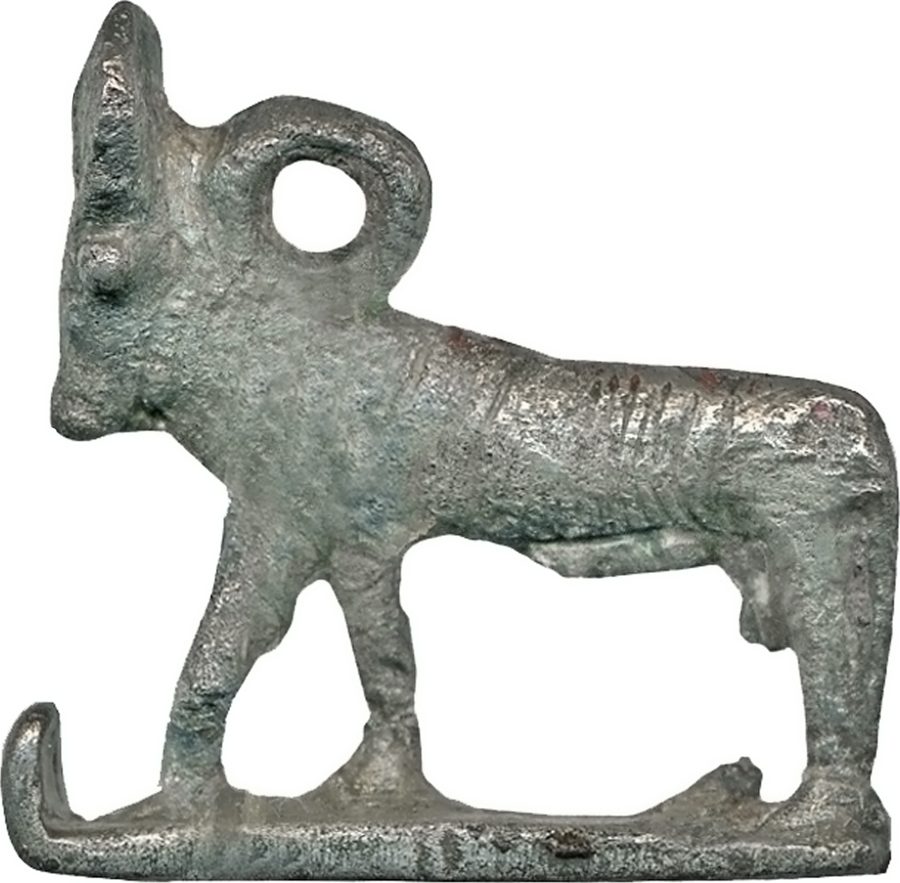 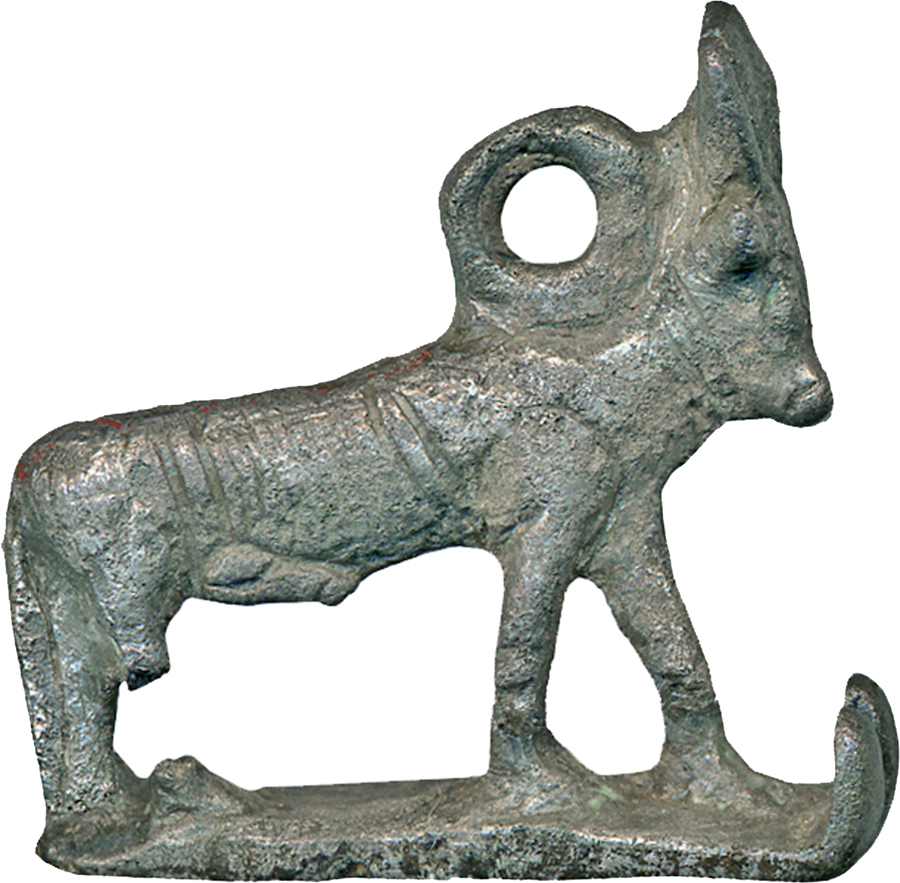 A cast silver pendant representing the holy Apis bull, who wears a sun disk with "uraeus" between his horns. Incised lines mark the characteristic triangle on the forehead, wide necklaces and saddle cloth. The bull stands on a kind of sled, which divides in two and turns up in front. The combination of the bull with a sled indicates that the statue of the holy Apis bull is represented and not the divine living bull itself. There is a loop behind the neck to use the statuette as a pendant. The surface of the metal has deteriorated. The right rear leg is broken off and the fore legs both have a crack which goes through the whole material.

Dikran Kelekian, New York and Paris [date and mode of acquisition unknown] [said to be from the pyramids in Egypt]; Henry Walters, Baltimore, 1909, by purchase; Walters Art Museum, 1931, by bequest.