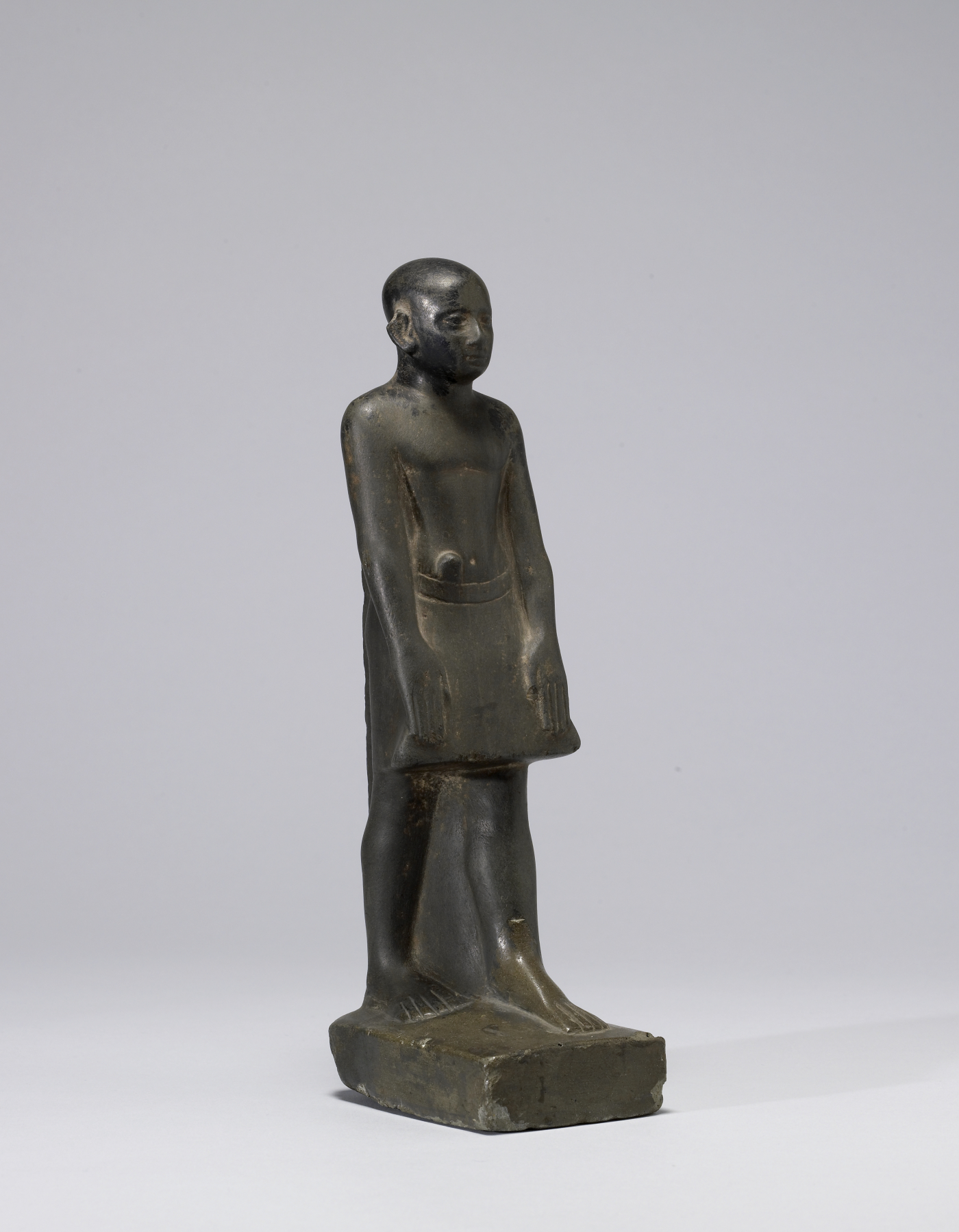 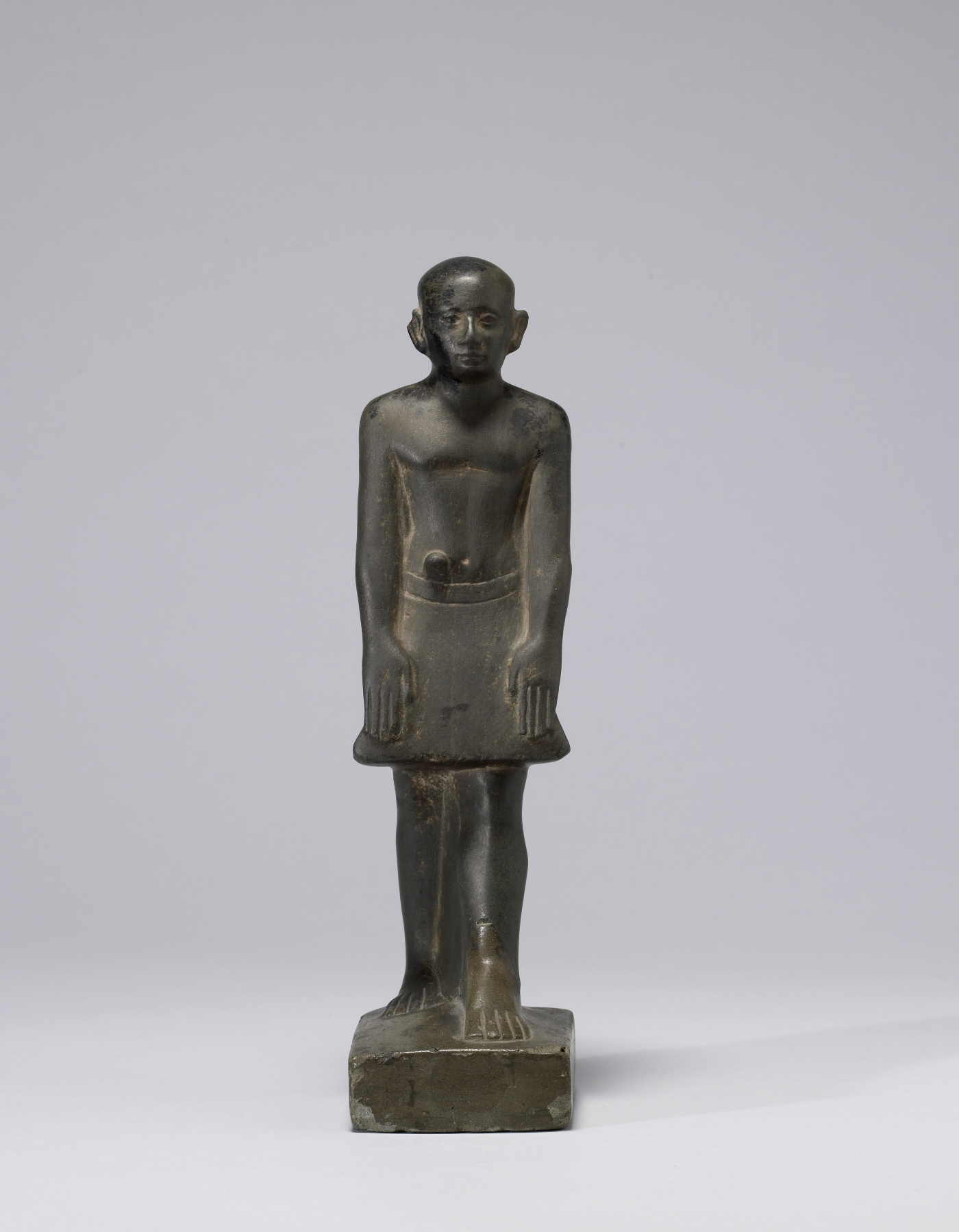 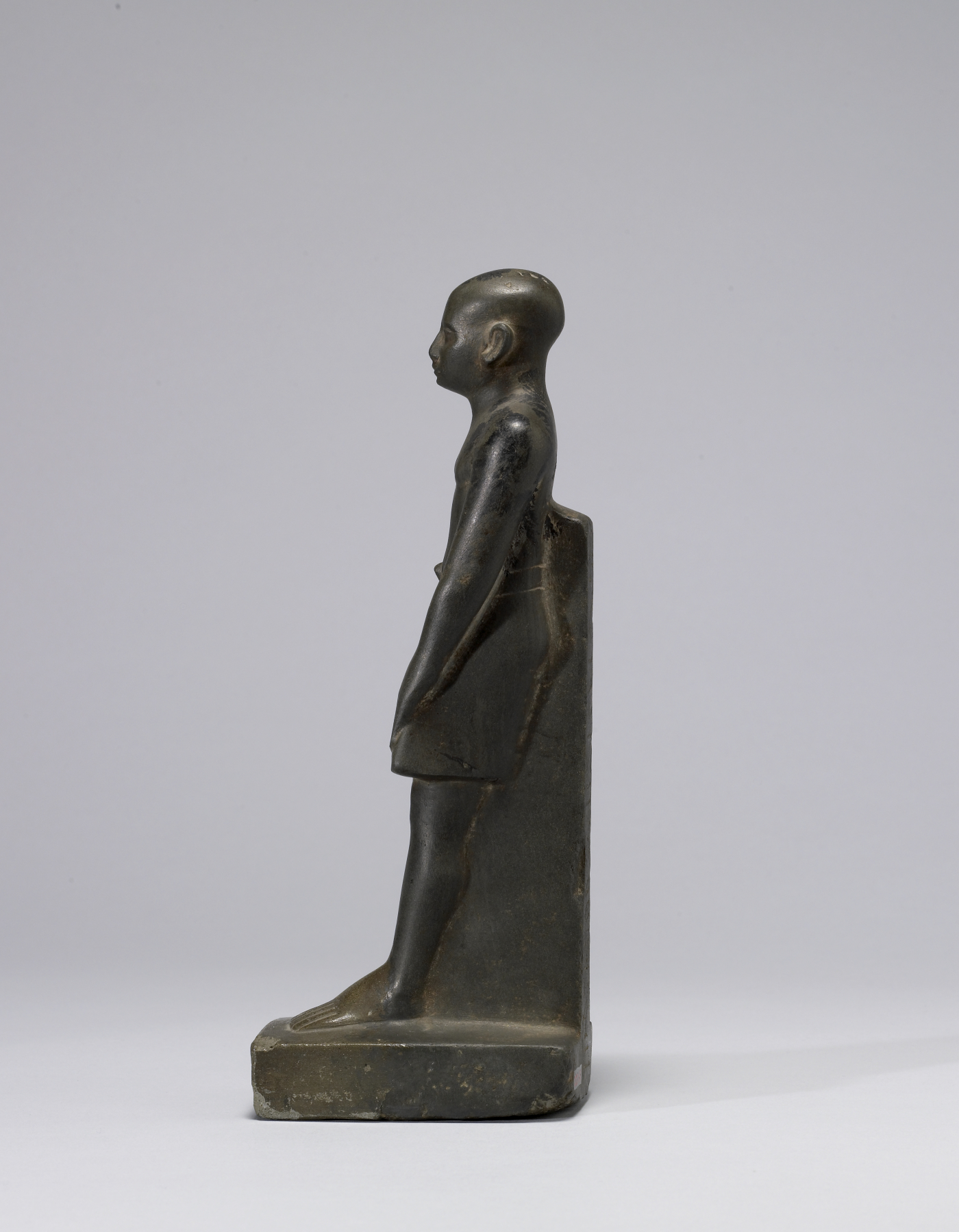 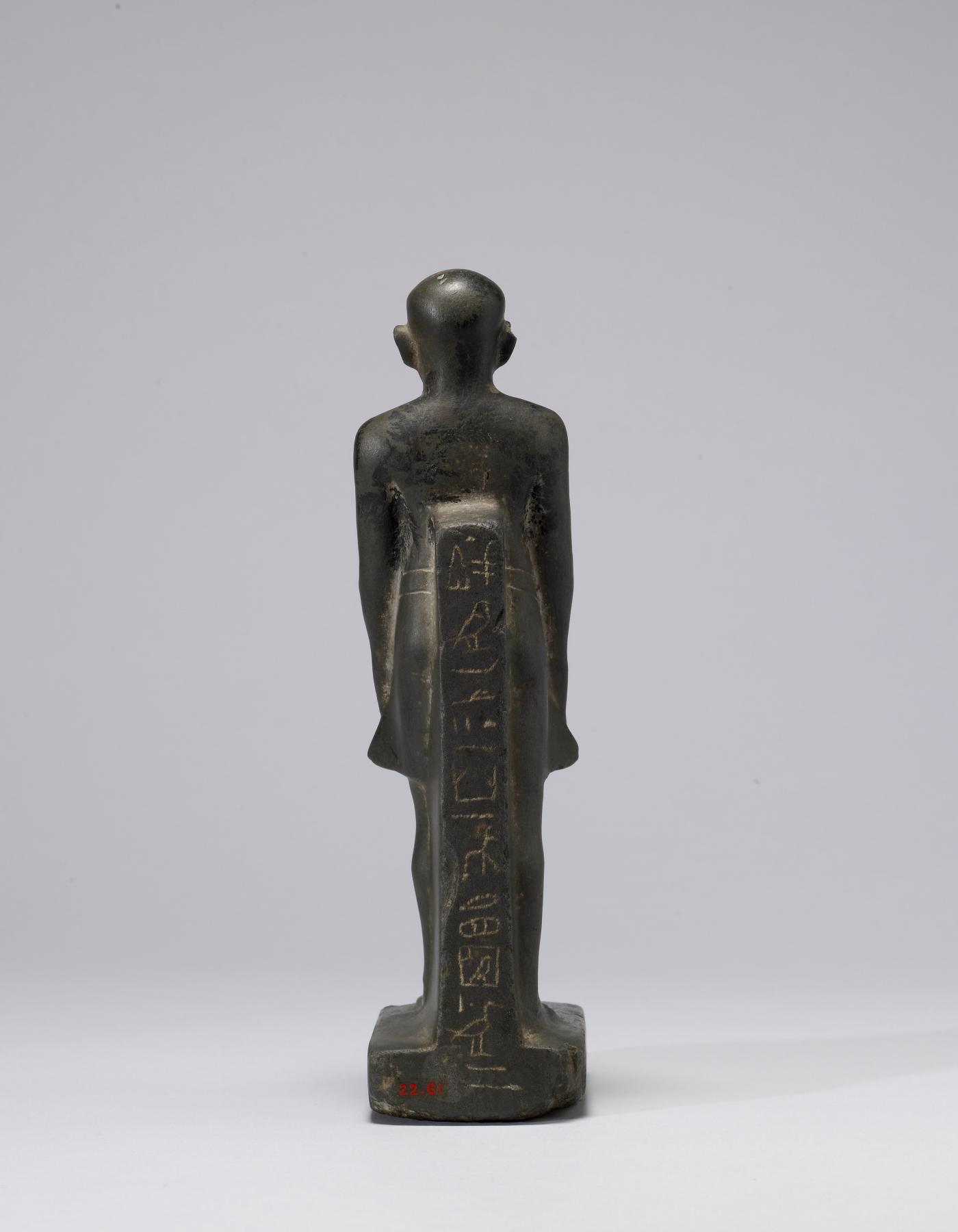 This statuette of mediocre workmanship represents its owner, a man named Sa-Hathor (meaning "son of Hathor"). His proper left leg is advanced. His hands, palms down, are placed in front of a short, smooth, belted kilt that reaches to his knees, and which has a trapezoidal section projecting in front. One end of his kilt is visible above his belt. A rear pillar is present which reaches to the middle of his back.

This piece is well preserved and only has damages of an insignificant magnitude. The back pillar is damaged, as well as the corners of the base, and the top of the proper right ear is broken off. There is surface pitting on the upper right leg, the front of the kilt, and the top of the head. There is black discoloration present on the back, shoulders, neck, and head.

The statuette combines aspects of Middle Kingdom sculpture with features that harken back to the sculptural style of the Old Kingdom. The Middle Kingdom preference for hard, dark stones is evident, while the cut of the kilt is consistent with Old Kingdom models. The back pillar is inscribed with an offering text that also records the influential official Sa-Hathor's name and title.

[Translation] An offering which the king gives (to) Horus of Behdet (Edfu) for the ka of the senior warden of Nekhen, Sa-Hathor, justified.