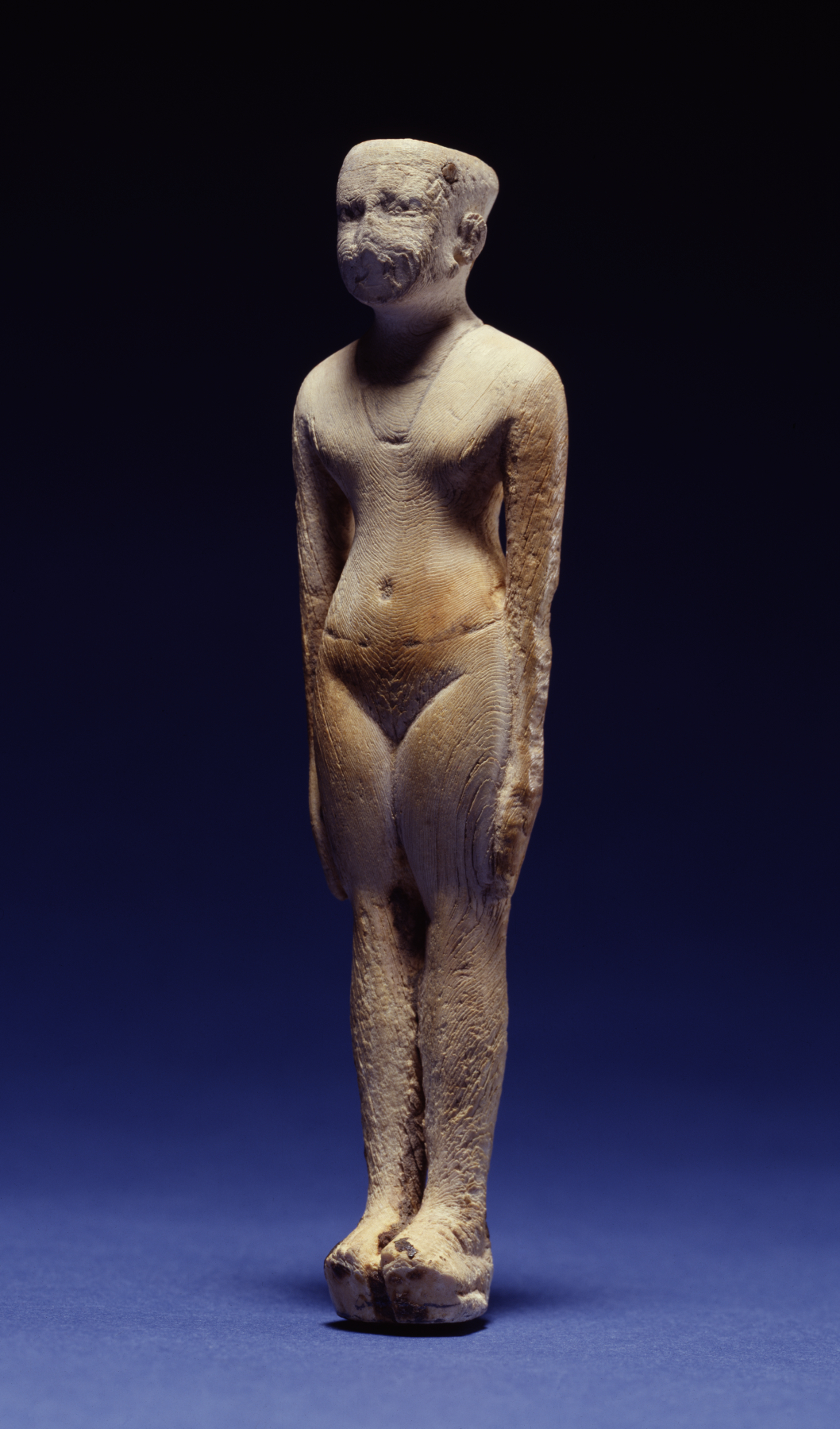 Female fertility figures became popular during the Middle Kingdom. They were found in tombs of men and women, and were also later donated to the temples. This statuette displays a nude girl. She is adorned with a belt, and a long necklace with a pectoral. The figure once had a wig attached which is now lost, but the dowel holes where it would have been attached are preserved. The pubic triangle is marked by incised dots and a line.