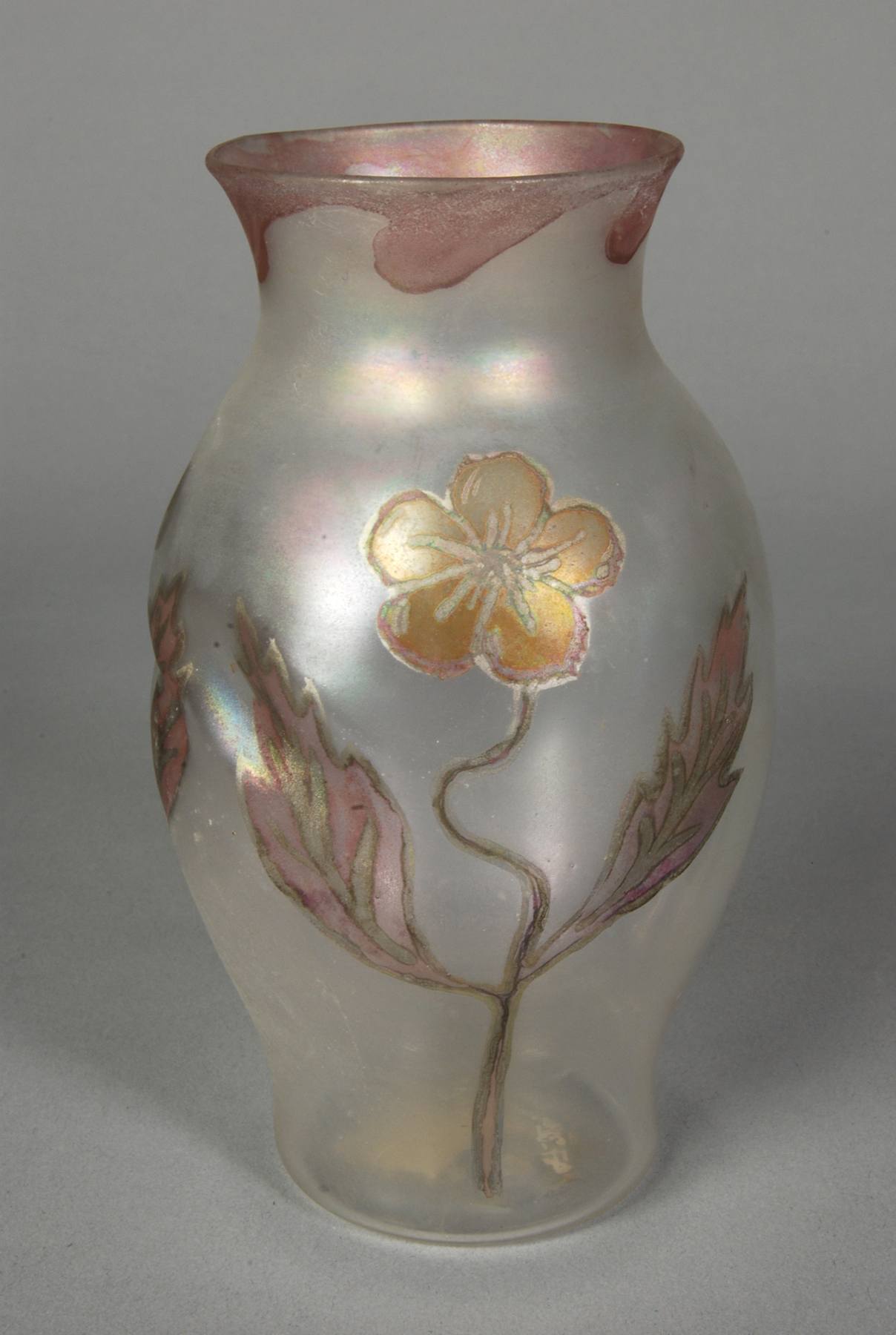 The Societa Salviati e Compagni, founded in Venice by Antonio Salviati about 1866, was noted for reproductions of ancient glass, but the firm also produced examples of modern design. This vase is in the Art Nouveau style prevalent at the beginning of the 20th century. This piece is from a collection of Salviati glass purchased by Henry Walters in 1911. This is one of ca. 30 pieces by Salviati owned by the Walters.