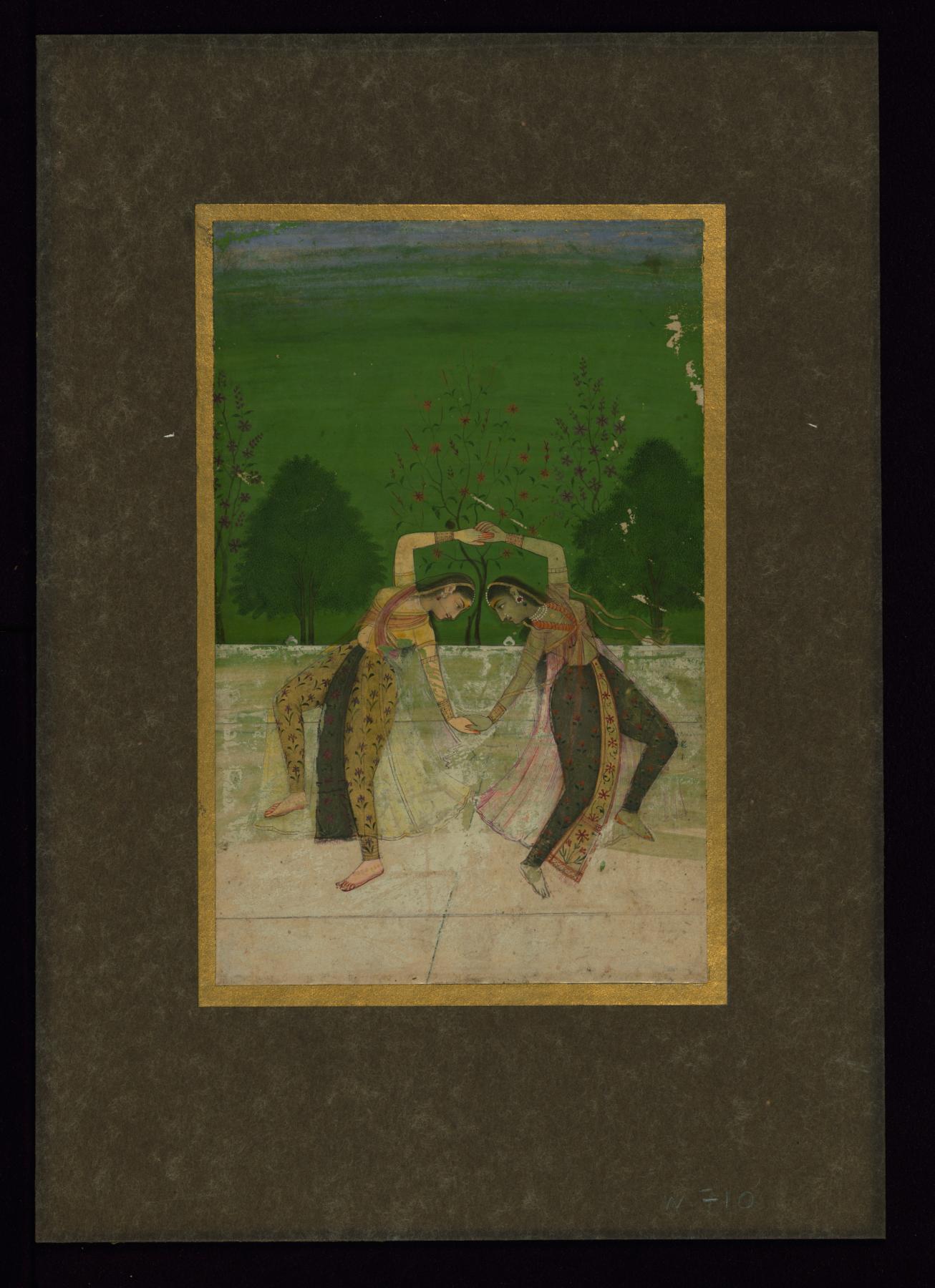 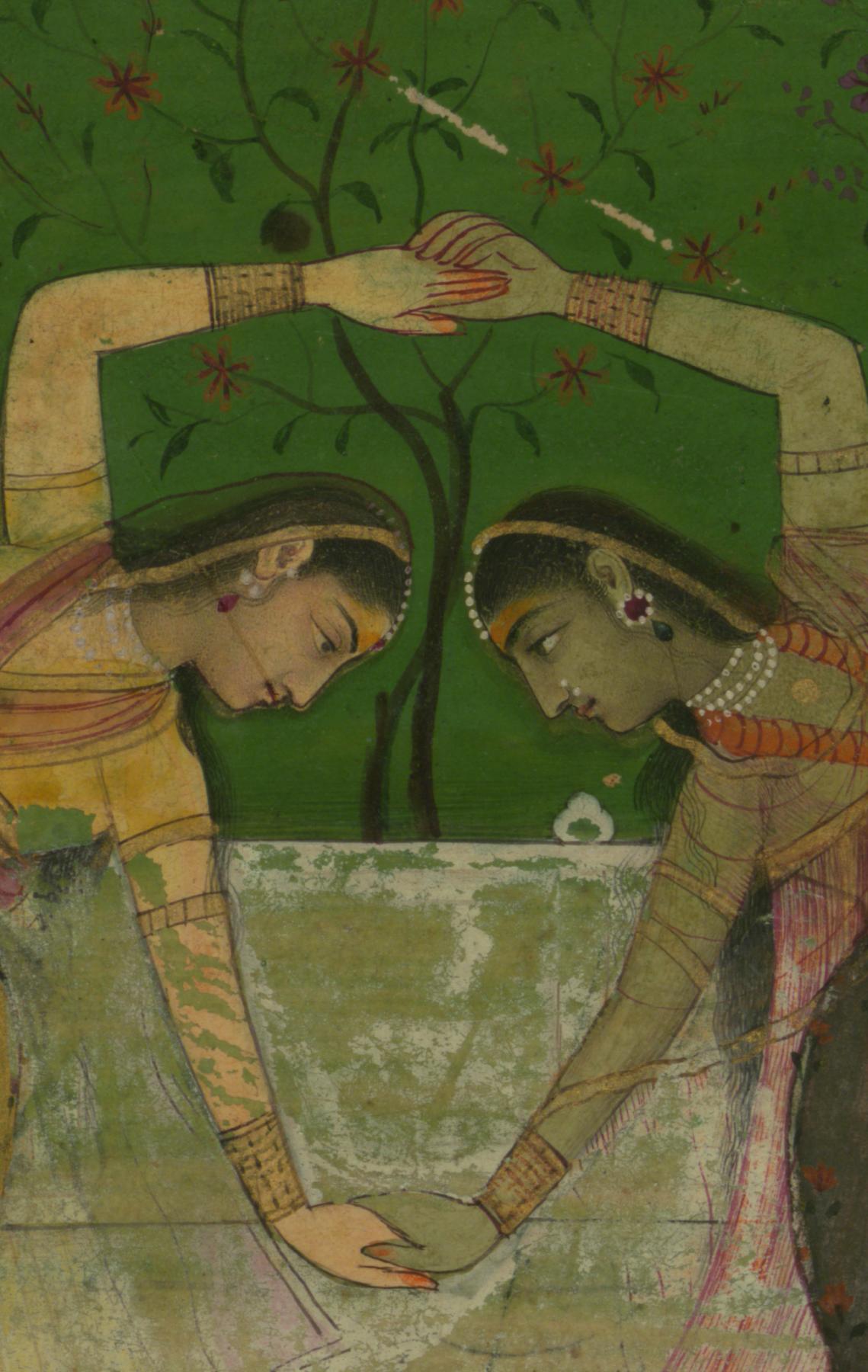 This painting from Walters manuscript leaf W.710, which represents a mixture of Mughal and Rajput styles, depicts 2 Indian girls dancing. It is attributable to the 12th century AH/AD 18th. 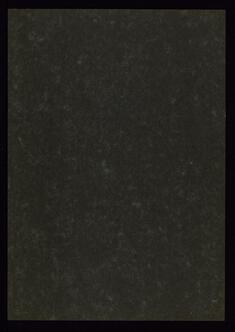 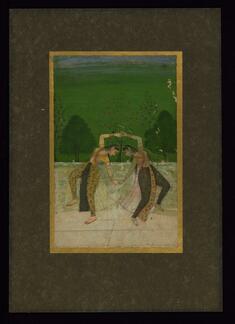