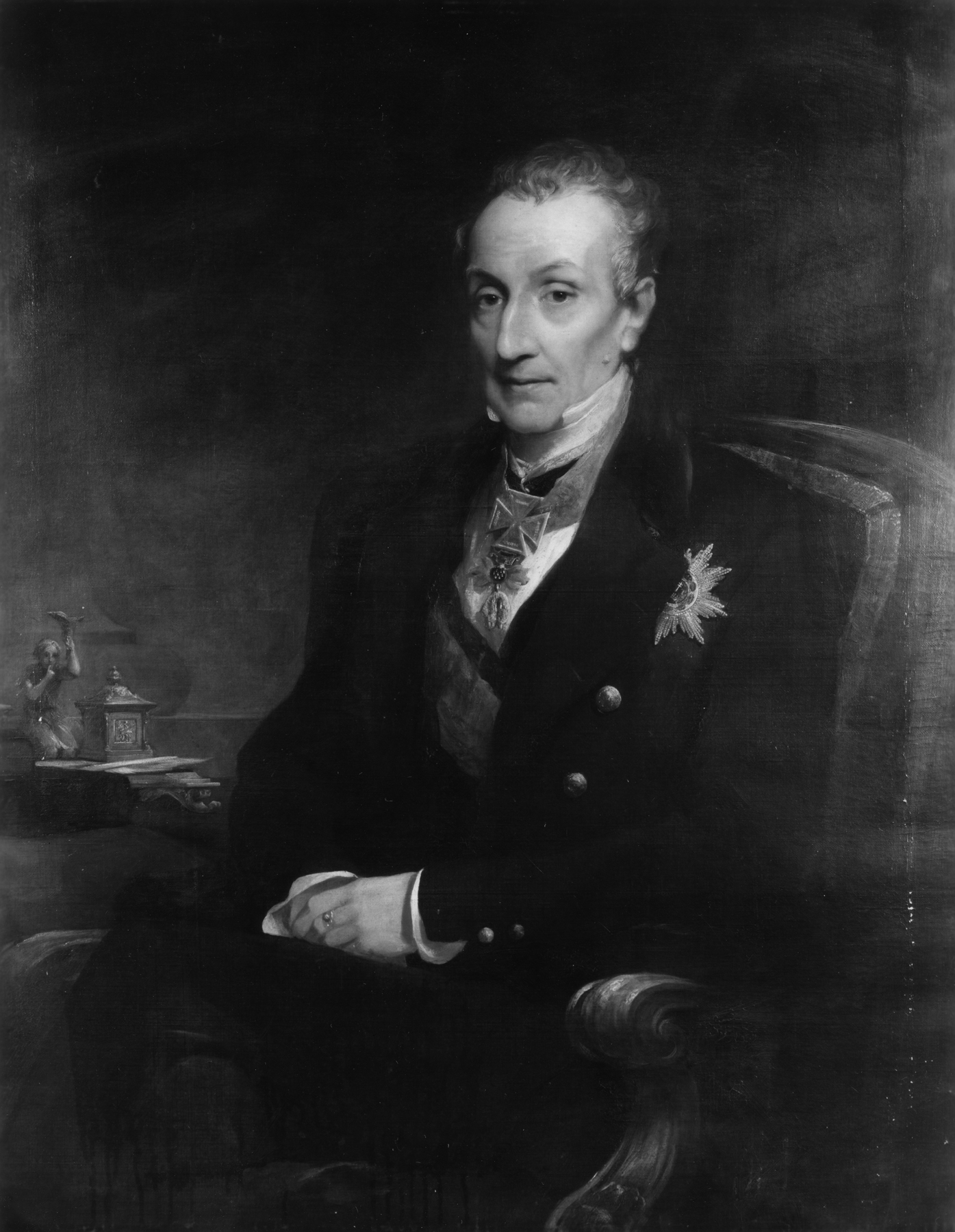 His Excellency The Prince Metternich

On March 22, 1848, Prince Clemens Wenzel Lothar Metternich, after having directed his efforts to maintaining stability in Europe and to preserving the power of the Hapsburg dynasty during much of the first half of the century, was ordered to leave his homeland. From April 20, 1848, to October 10, 1849, the controversial Austrian ex-diplomat and statesman sought asylum in Great Britain, resting initially in London and then continuing to Brighton and Richmond.

Phillips portrays the exiled prince seated, wearing his regalia, in much the same pose as in Sir Thomas Lawrence's celebrated portrait executed thirty-one years earlier at the Congress of Aix-la-Chapelle. Though the subject's aquiline features had altered only slightly in the course of time the later portrait differs dramatically in its somber mood. Phillips shows the prince in a darkened interior, his fragility is readily apparent in his wan complexion and stilted pose. In contrast to the colorful dress in Lawrence's portrait, Metternich is now garbed in black. He still wears the Great Gold Civil-Honor Cross for 1813-14, the badge of the Order of the Golden Fleece suspended from his neck, and the star of the Royal Hungarian Order of Saint Stephen pinned to his breast.

Reinforcing the cryptic character of his subject, Phillips includes, on the desk in the background, an inkstand with a finial in the form of a kneeling figure holding its finger to its lips.

Acquired by Henry Walters, after 1929