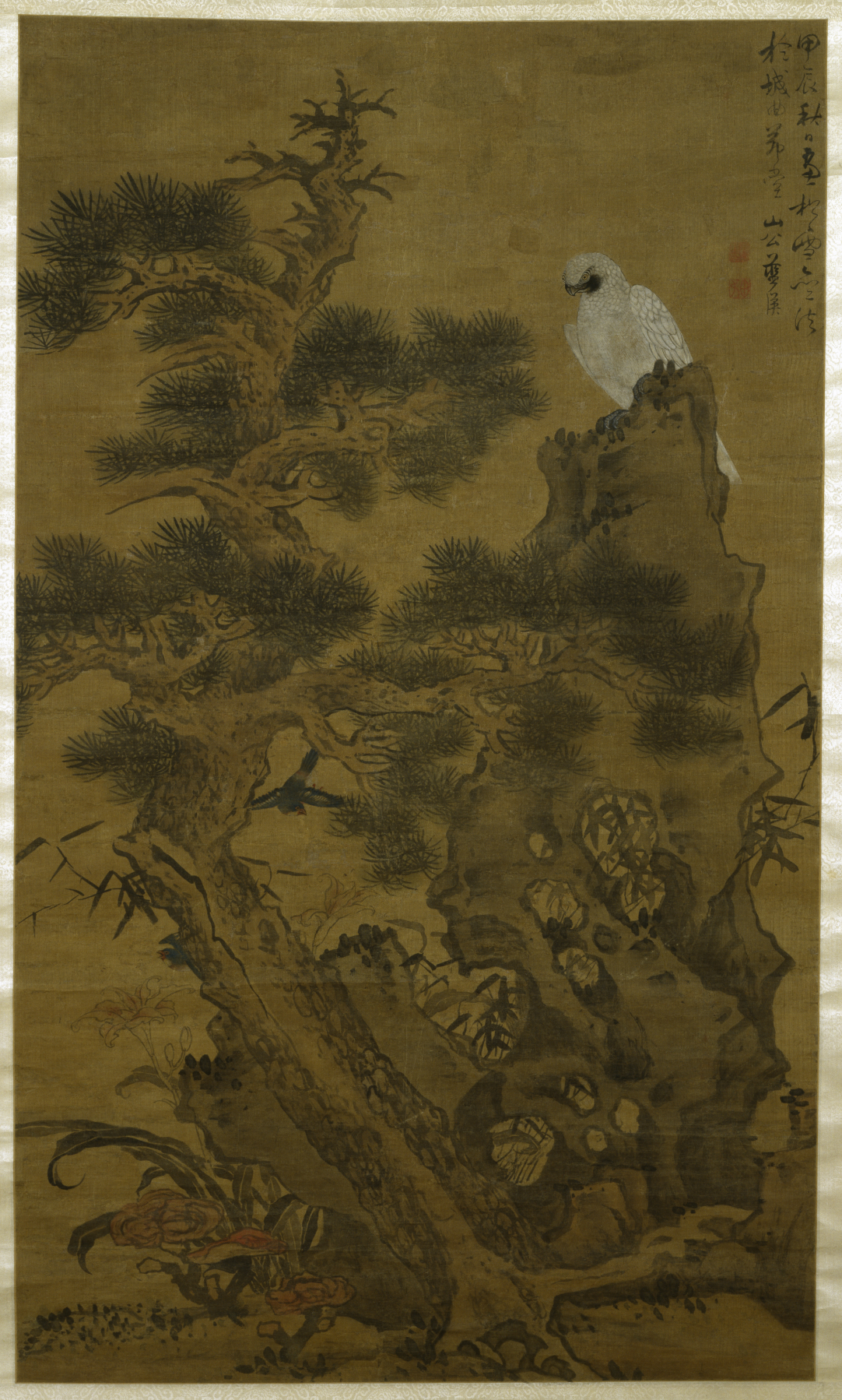 Lan Ying was one of the most important and prolific painters of the 17th century. He became known as the last master of the Zhe [Che] school. As a professional painter who was born in Zhejiang [Che-chiang] province, this was a logical way to classify him, but he studied Northern Song [Sung] and Yuan [Yüan] Dynasty models so assiduously that there is little of the Southern Song [Sung] wet-brush manner characteristic of the Zhe [Che] school evident in his paintings.

In 1664, Lan Ying was seventy-nine years old. Other than this hanging scroll, his latest recorded painting dates from 1660, four years earlier. The elderly artist is known to have been in Beijing [Peking] in the early 1660s, where in 1662 the Kangxi emperor came to the throne; perhaps this painting was executed there.

Perhaps this painting served as a birthday gift for an elderly man; the powerful white hawk was considered a suitable subject for such occasions. Many passing seasons have shaped the pine, and water and wind have given form to the rock. When Lan Ying executed this painting, moreover, he was himself seventy-nine years old. Although his brushstrokes were determined, he may have had a slightly shaking hand.