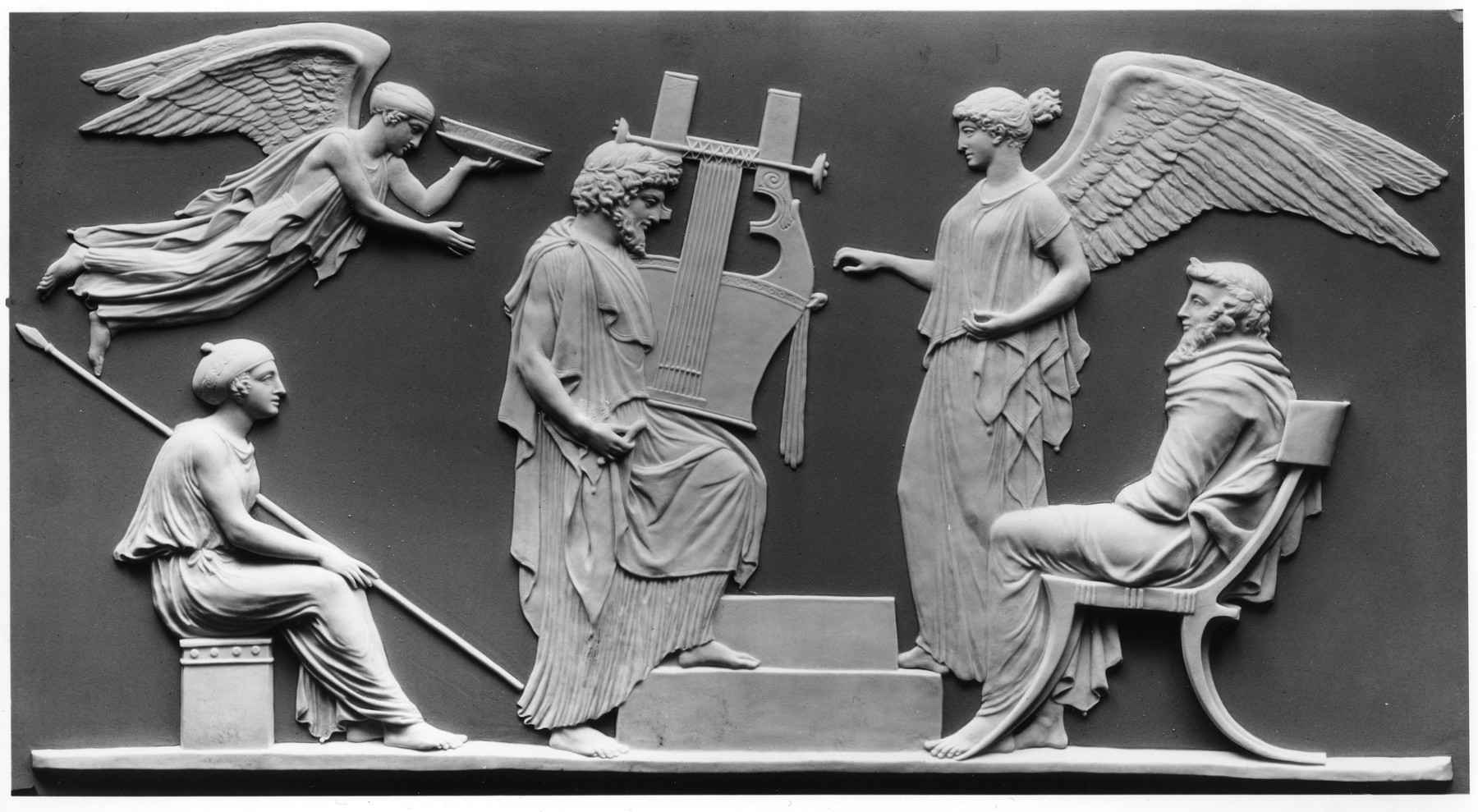 This plaque has a light blue ground and is decorated with a scene of the Apotheosis of Homer in white relief. The design was taken by John Flaxman, the English sculptor, draughtsmen and designer, from Pierre d'Hancarville's publication of Sir William Hamilton's collection ("Collection of Etruscan, Greek and Roman Antiquities from the Cabinet of the Hon. William Hamilton," 1767, vol. 3, plate 31). It is considered the most important bas-relief by Flaxman for Wedgwood. Flaxman was the most consistent artist employed by Wedgwood in the eighteenth century, and with the exception of William Hackwood (whose work was largely in adapting, remodelling and repairing), he was the most prolific.