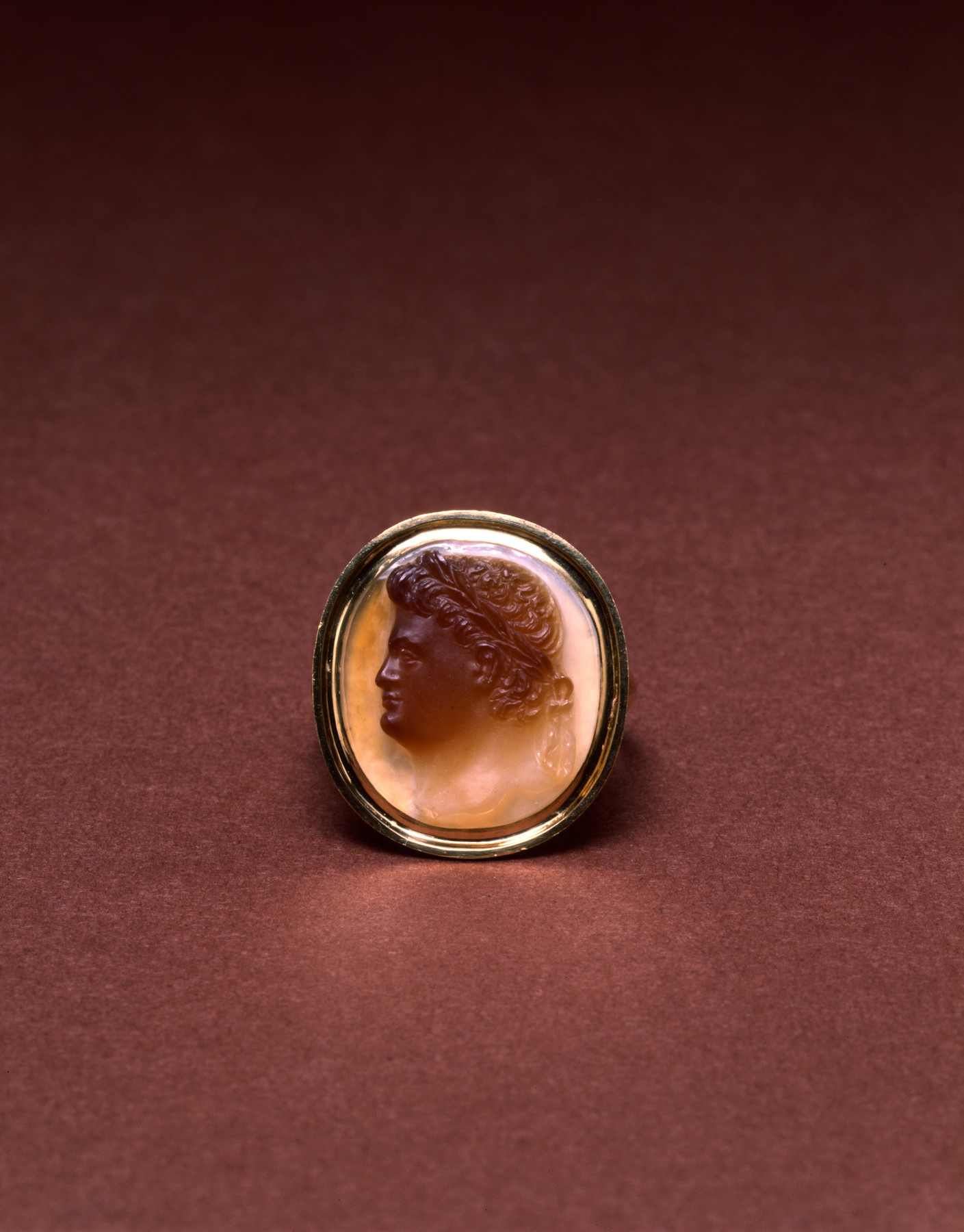 Cameo Portrait of the Emperor Nero

This cameo portrait of Nero wearing a wreath is set in a plain gold ring. Emperor Nero (AD 37-68) is depicted youthful and smiling, with the dark upper layer contrasting effectively with the pale ground.

During the Renaissance it was a popular test of skill to create works that looked "antique" as this cameo does. Similar to this cameo, Walters 42.1040 is also in the collection.