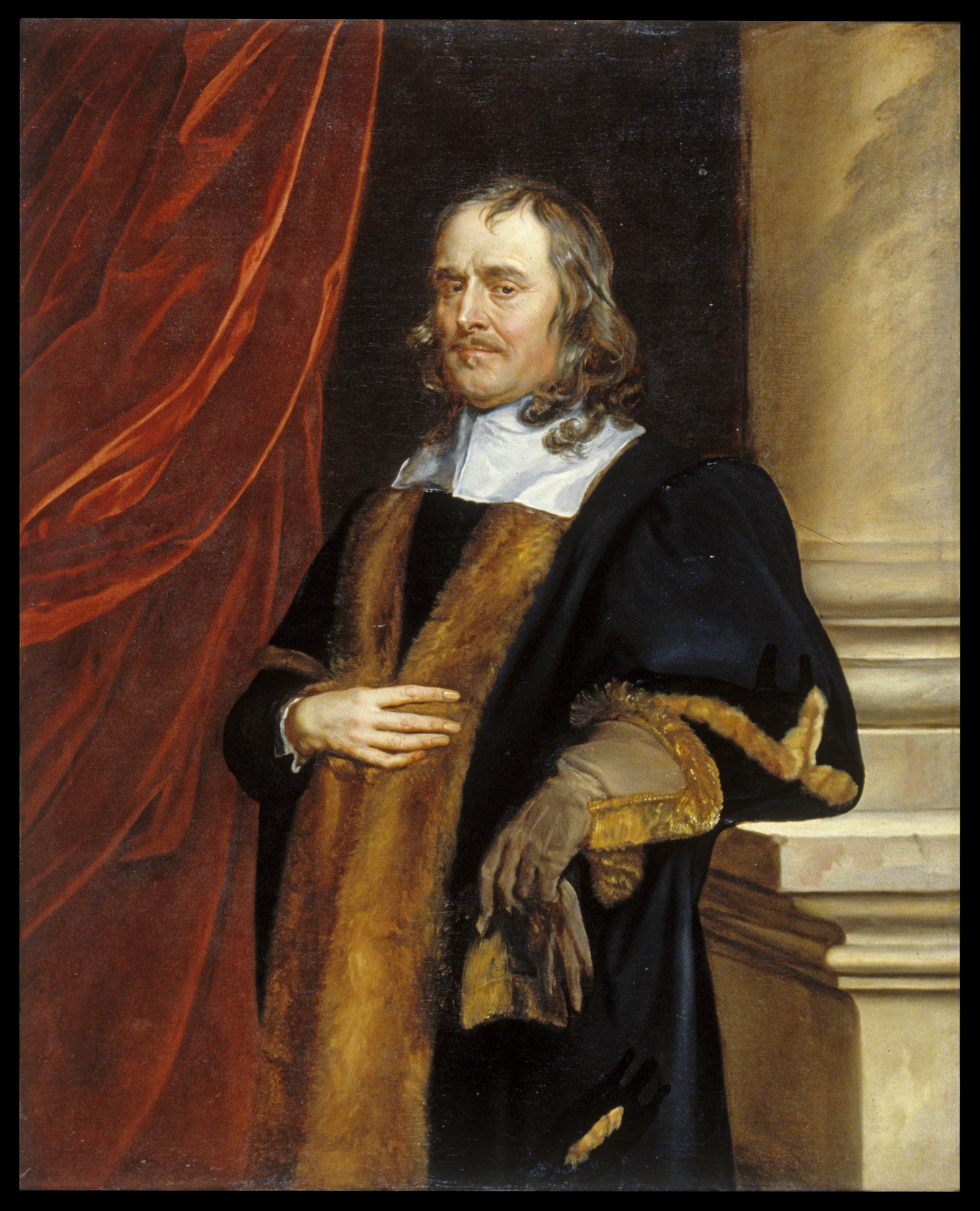 Lely trained in the Dutch Republic but immigrated to England in the mid-1640s. His portrait style combining elegance with a vigorous sense for textures was influenced by that of Sir Anthony van Dyck. Lely was politically flexible: after working for Charles I (overthrown and executed in 1647) and then for the rising middle class (such as Alderman Lenéve), Lely worked again for the court after the restoration of the monarchy in 1660. From the 1650s to his death, he was England's principal portrait painter and was widely described as "the best artist in England." He was knighted shortly before his death in 1680.