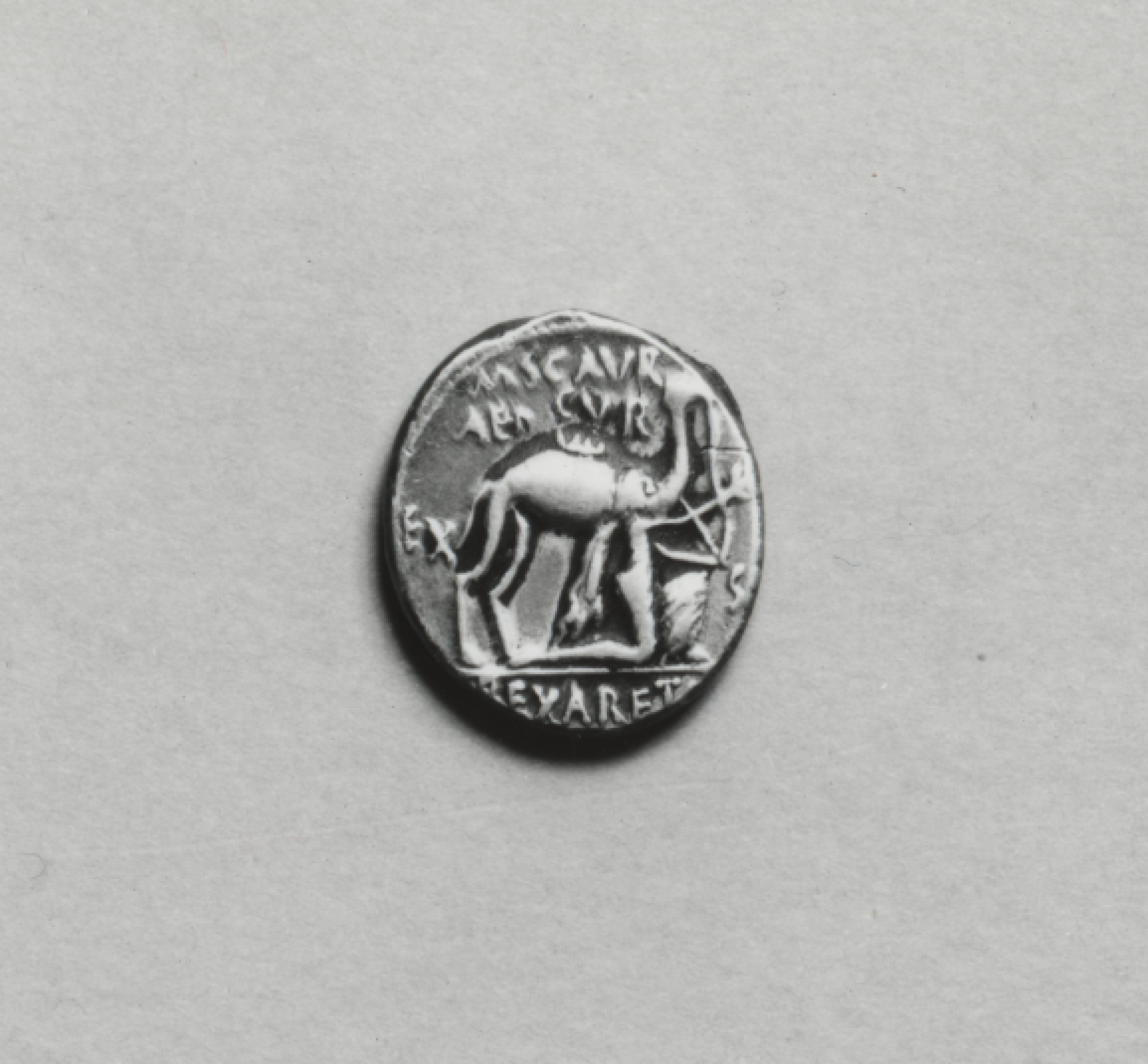 Although the obverse honors Scaurus’ defeat of Aretas of Nabatea in 62 BCE, the reverse, in classic Republican style, references an old victory over the city of Privernum in the 4th century BCE by an ancestor of the man (P. Hypsaeus) minting the coin.