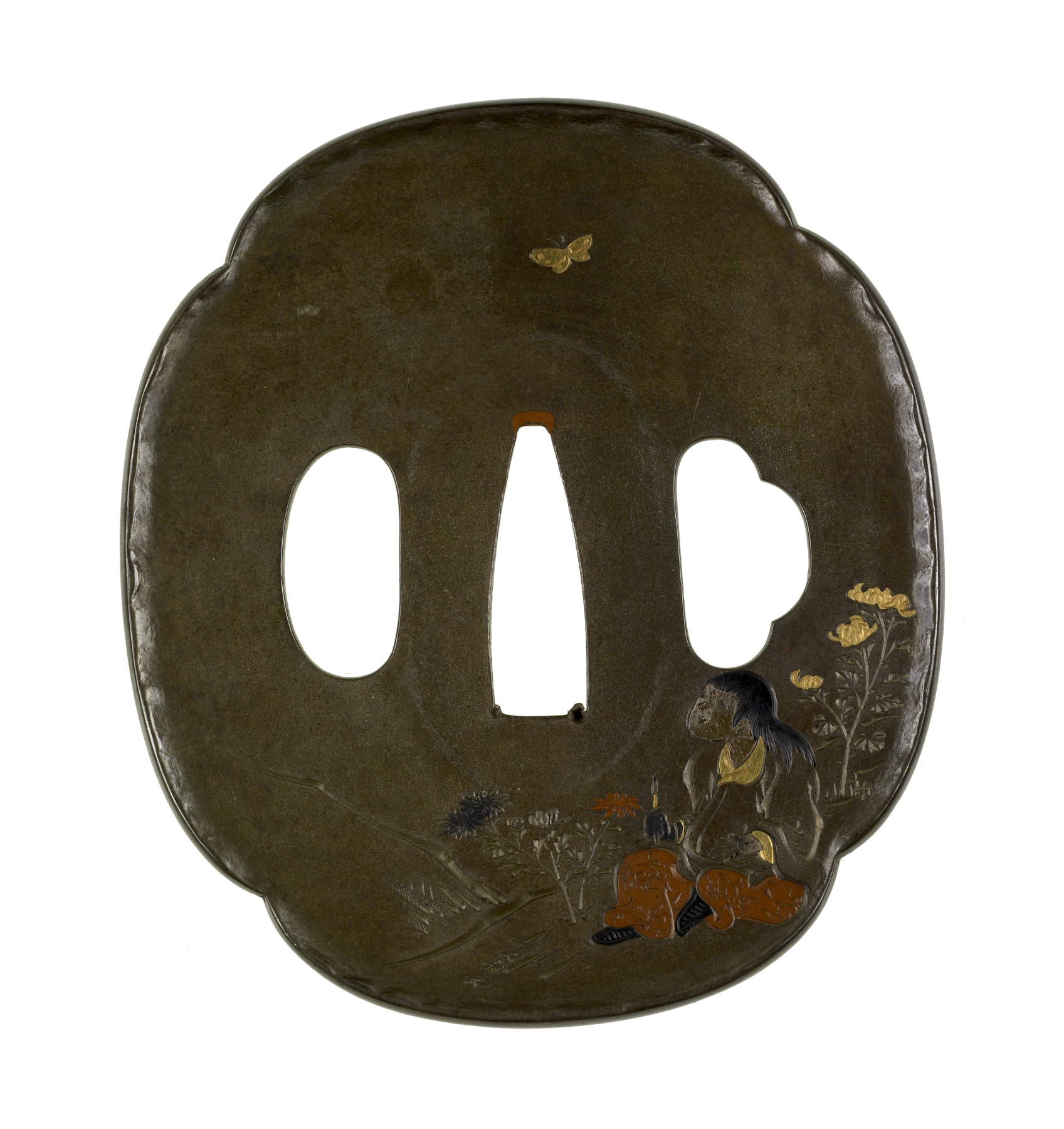 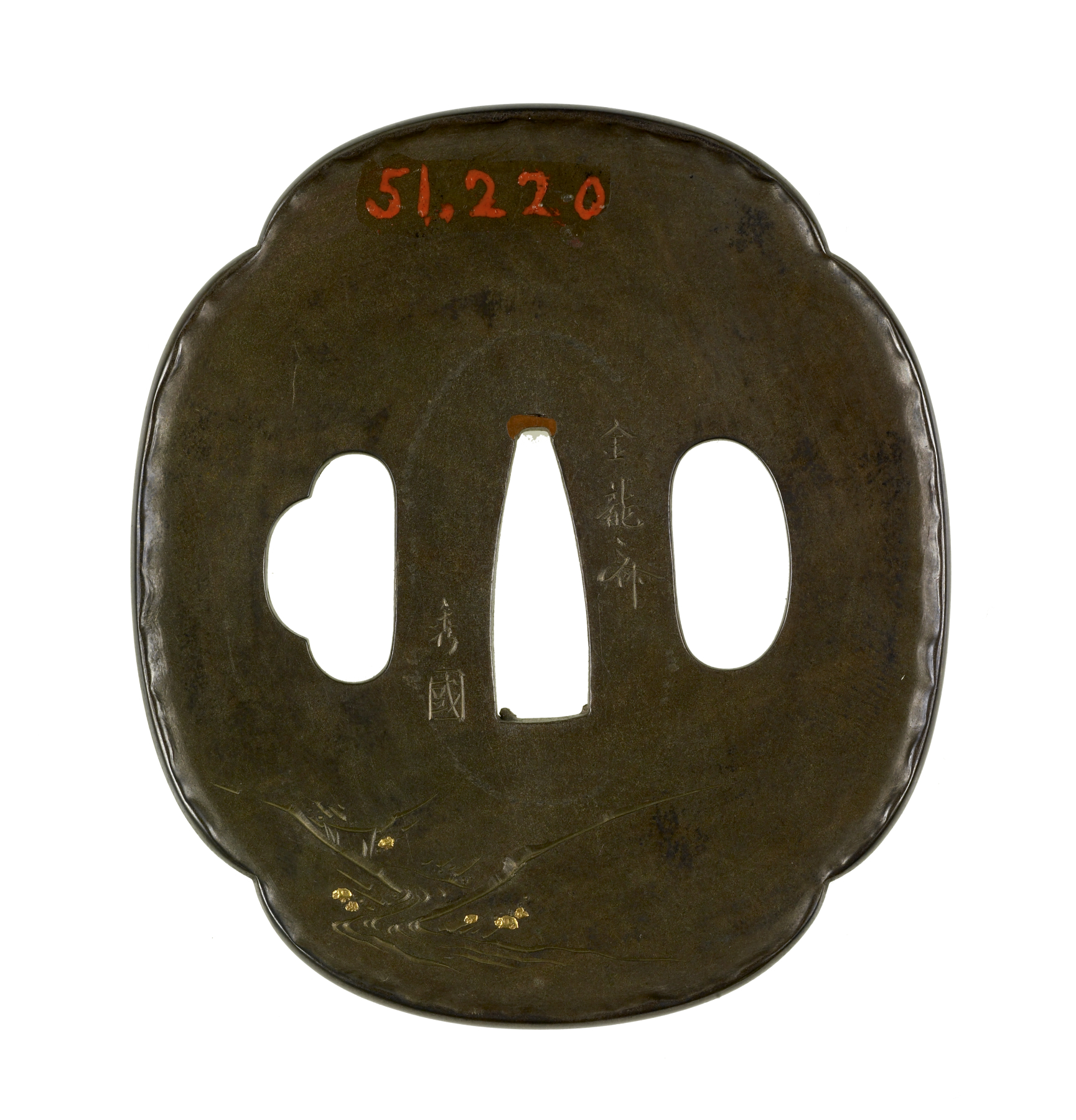 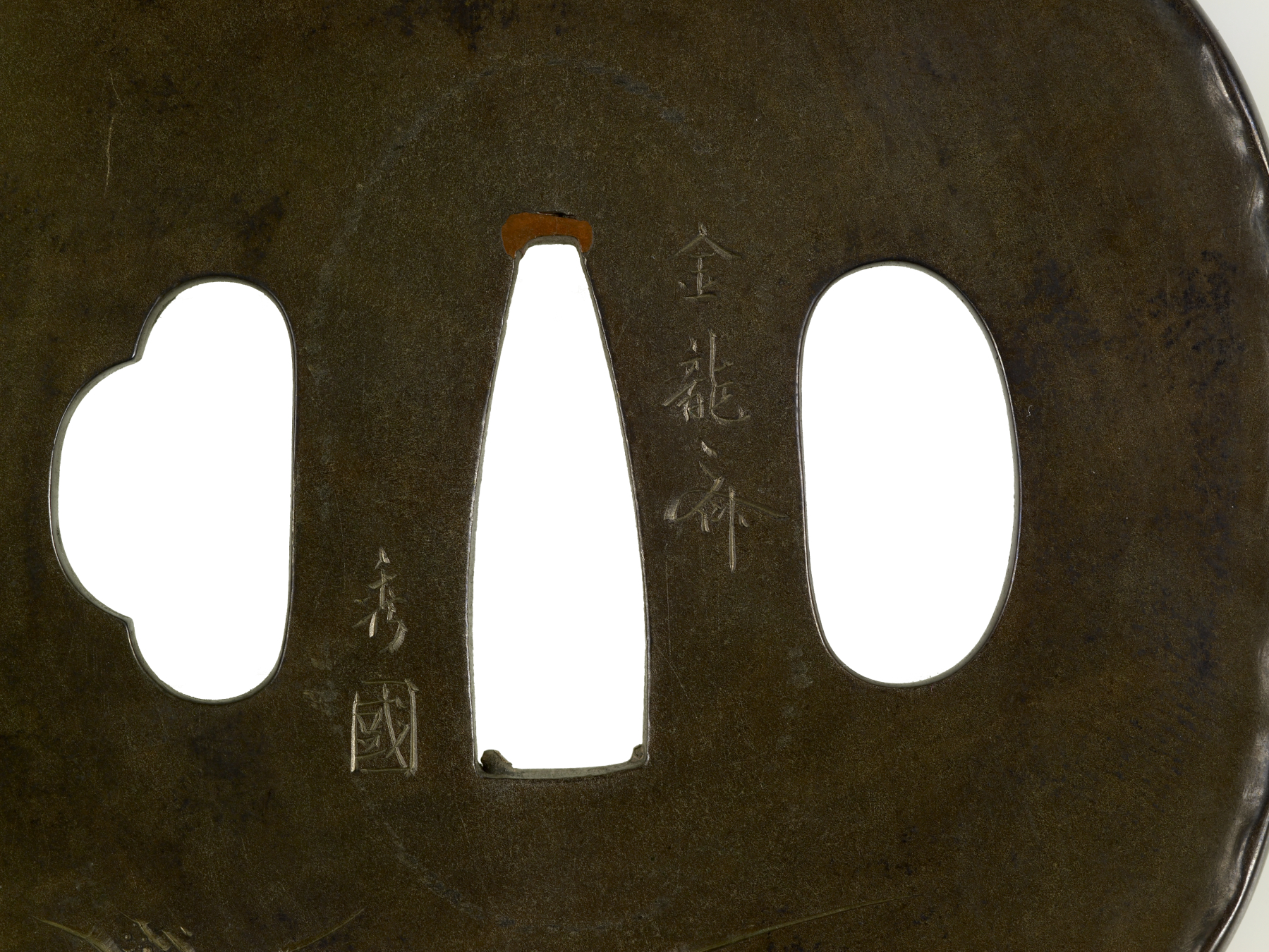 Tsuba with Kikujidô (the Chrysanthemum Boy) Writing on Leaves

Seated at the lower right is Kikujidô (the Chrysanthemum Boy). He holds a brush in his right hand, chrysanthemum leaves in his left hand, and is surrounded by blooming chrysanthemums. He would write on chrysanthemum leaves and drop them into the stream. Kikujidô was an attendant to a 10th-century BC Chinese emperor Muh Wang. Rivals forced his exile due to a minor transgression. The emperor taught him a magical sentence from the historical Buddha to protect Kikujidô from harm. He wrote this phrase on chrysanthemum leaves that floated down the river back to civilization. Water that washed the writing off the leaves became an elixir of everlasting youth. The stream that ran through Kikujidô's place of exile is on the back of the tsuba.