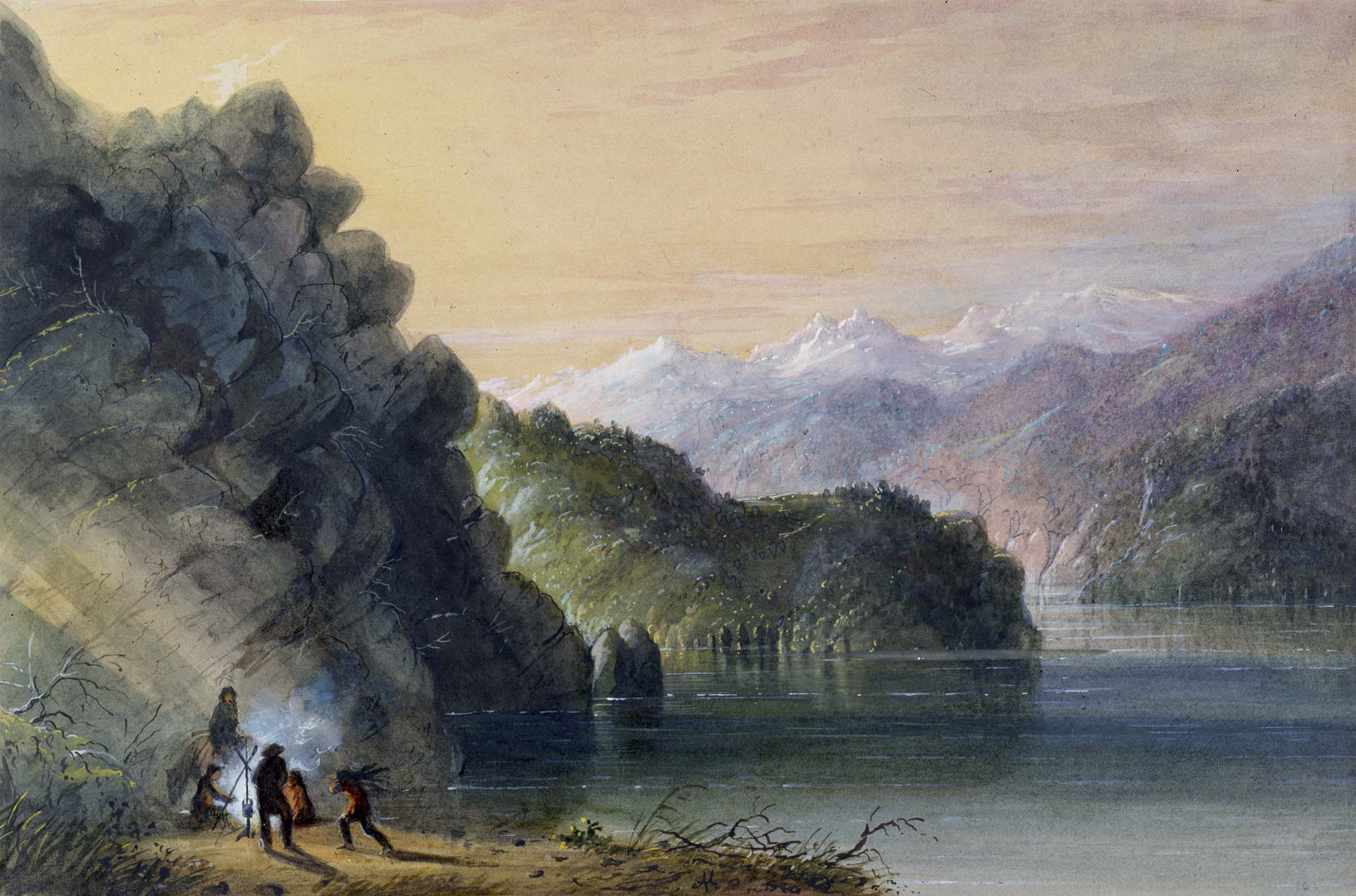 Easterners first experienced the Rocky Mountains through Miller's landscape paintings. Finding it difficult to convey the scenery's vastness, Miller strove to live up to his own descriptions: "...huge masses of rock are piled one upon another lifting themselves skyward," he wrote. "At the base in the water lies a monstrous boulder, brought down (no doubt) centuries past, in one of [nature's]... convulsive fits; beyond this a bluff covered with stunted vegetation pushes boldly out of the lake... farther off the mountains continue to rise until they reach the region of eternal snow." A.J. Miller, extracted from "The West of Alfred Jacob Miller" (1837).