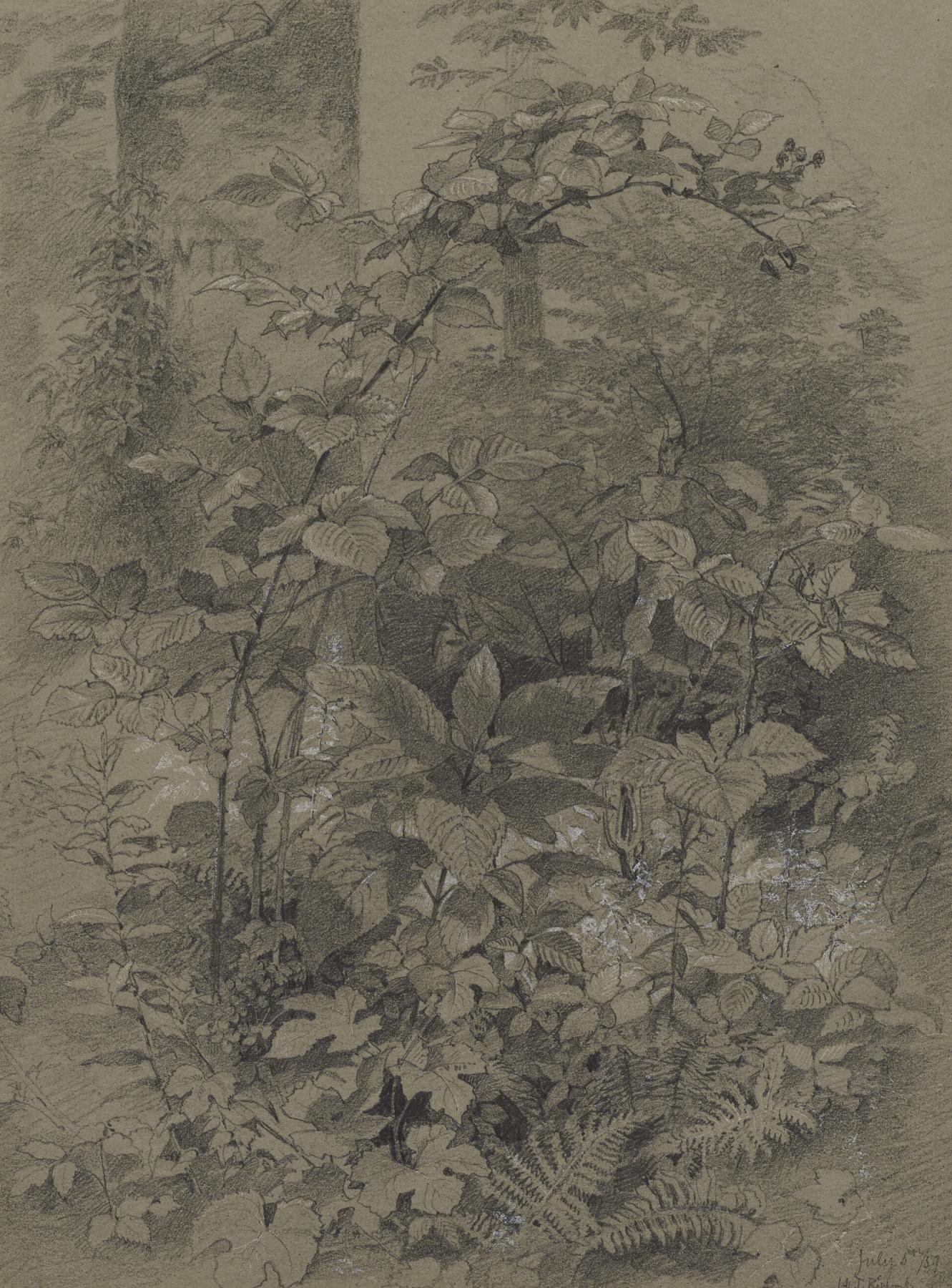 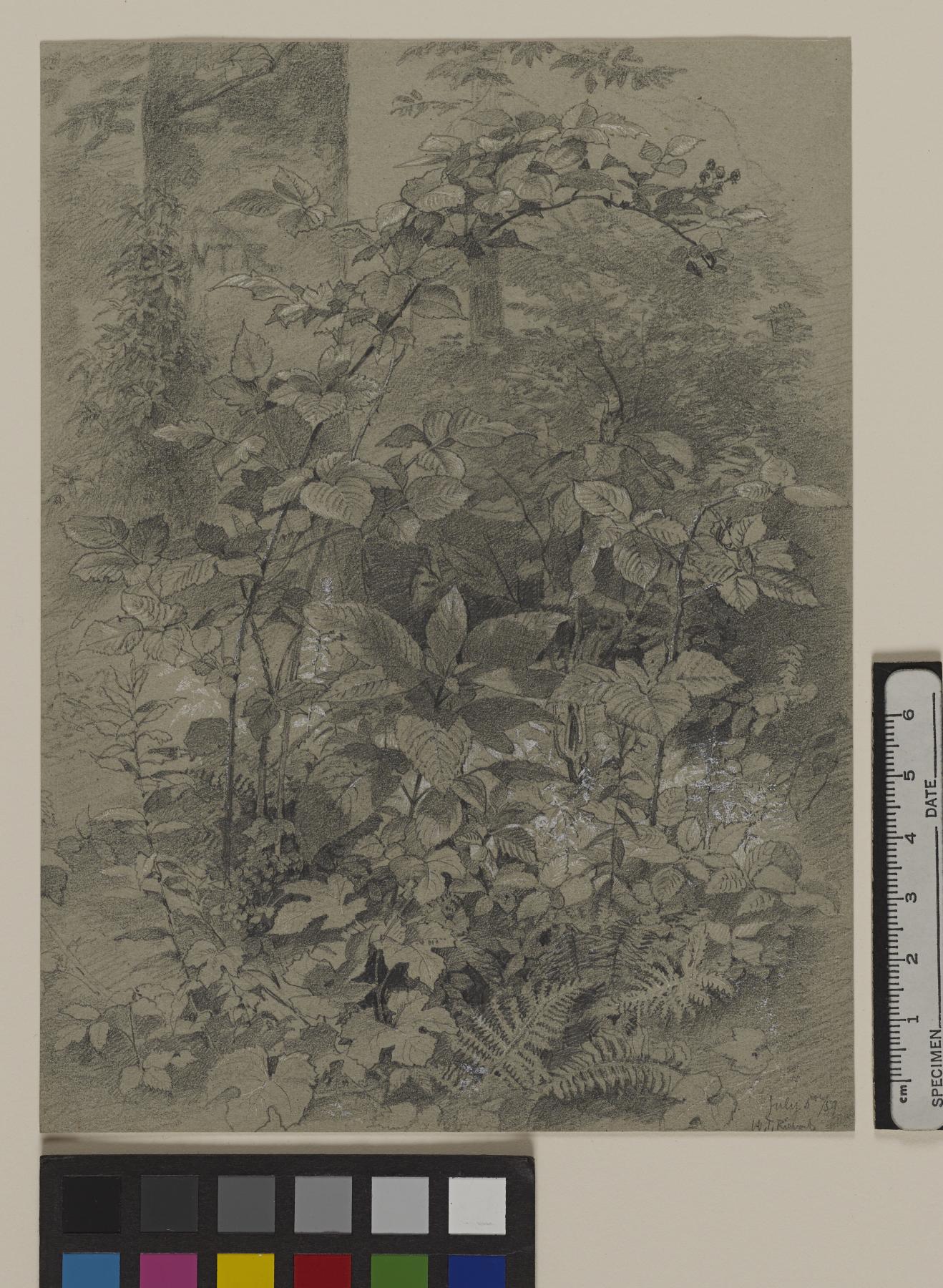 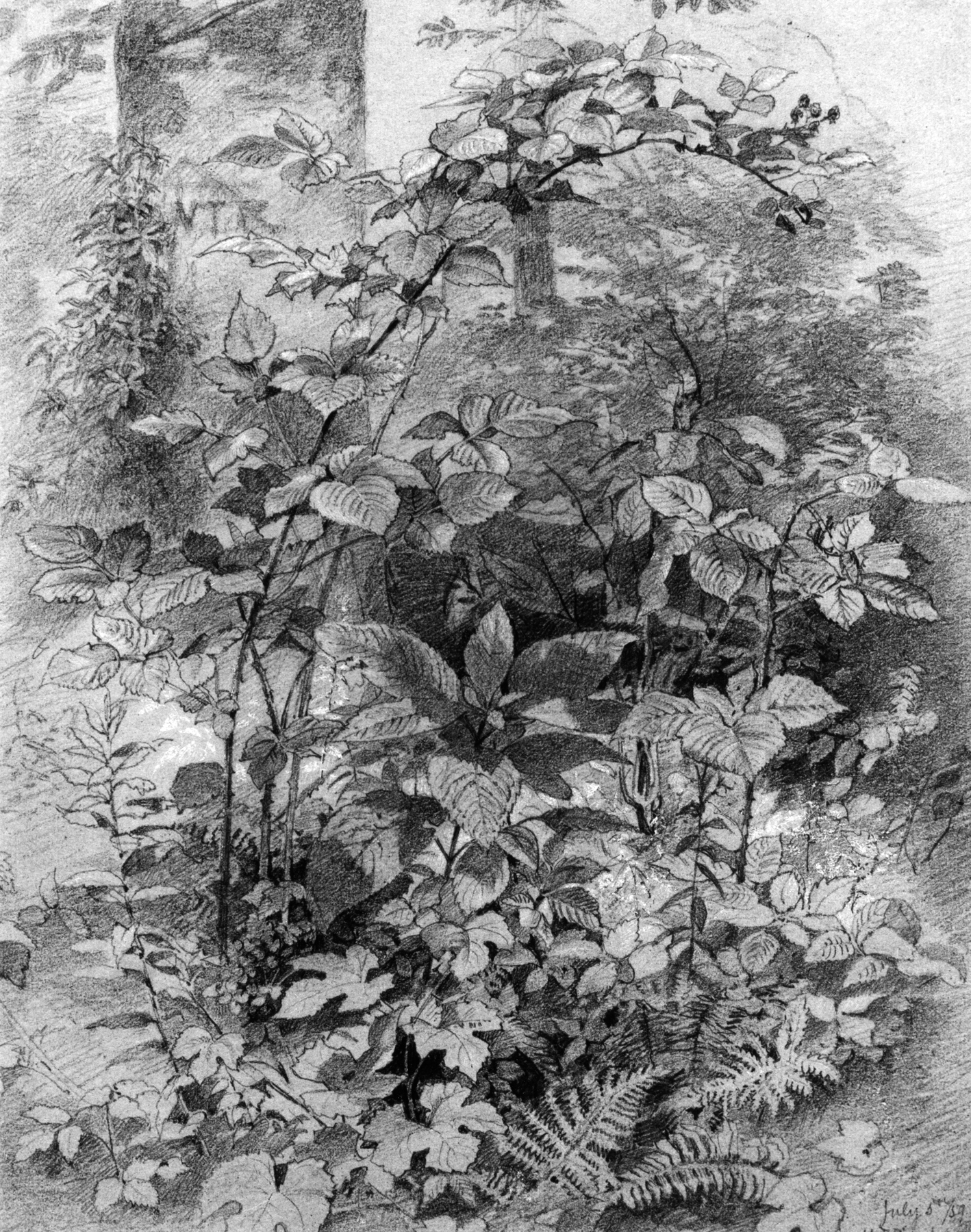 Richards was a Philadelphia artist who was known for his meticulously faithful rendering of nature inspired by the writings of the influential critic John Ruskin. Ruskin's influence can be seen on Richards' work from 1858; this work is dated 5 July 1859 and is therefore an early example. The artist's initials can be seen carved into the bark of the tree in the background.

William T. Walters owned a oil by Richards title "Tulip Trees" executed in the same year, however, he sold this work in around 1861 when he relocated to Paris at the time of the Civil War. At this time Walters shifted his collecting activity from American to European art. "Tulip Trees" is now in the collection of the Brooklyn Museum of Art.