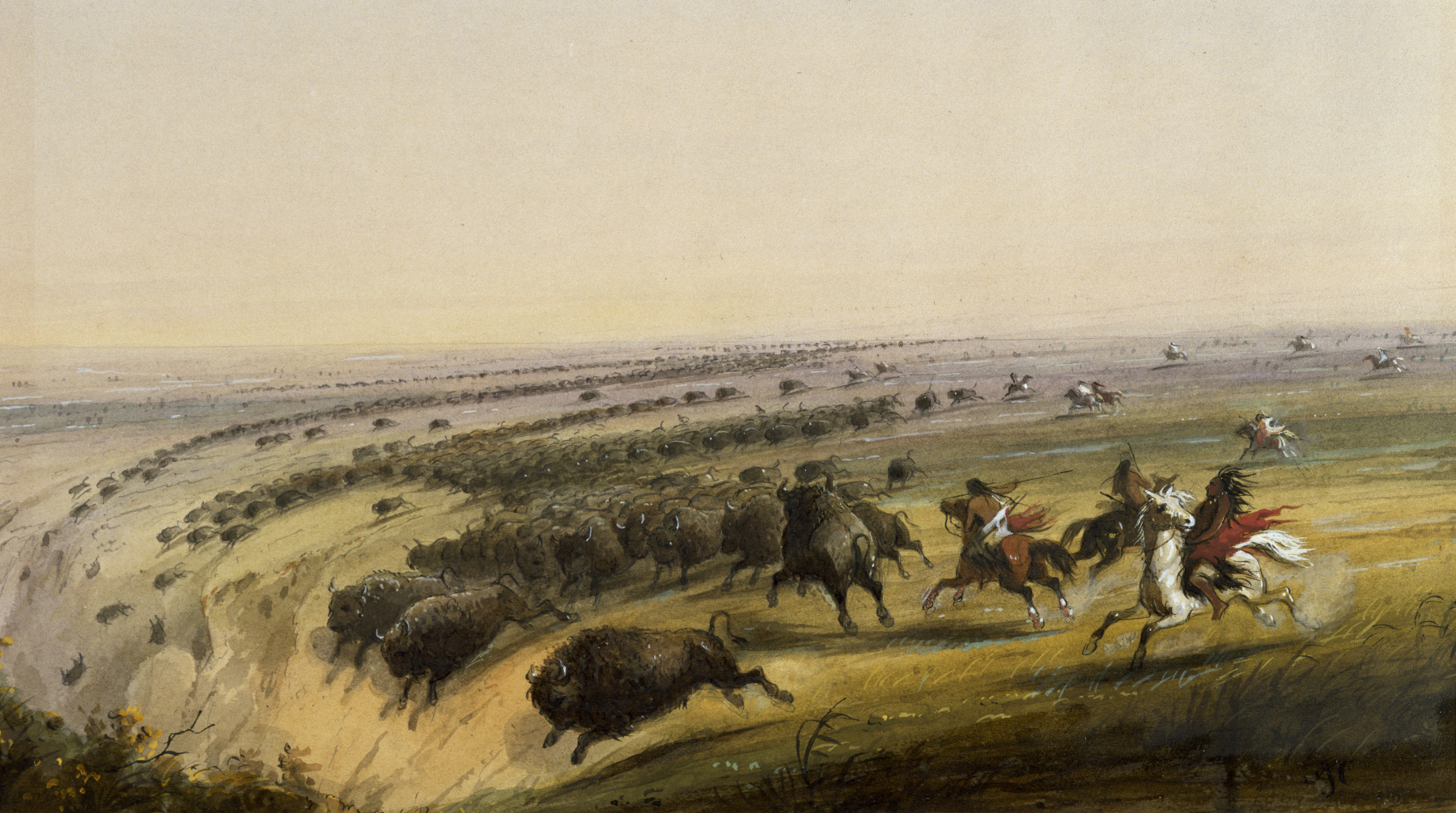 Extracts from Alfred Jacob Miller’s original text, which accompanied his images of Native Americans, shaped how Miller’s contemporaries viewed the watercolors, and reveal the racism and sexism embedded in 19th-century exploration and colonization of the western part of what is today the United States.

It is true that various Plains Indians would occasionally chase buffalo over a small cliff, but Miller probably never saw this scene and therefore exaggerated it a bit. The Indians, when they found a suitable bluff, would conceal themselves behind the rocks with hides. When the herd would start to move towards the bluff, the Indians would jump up from behind their rocks, shouting and waving the hides, keeping the buffalo moving toward the cliff. In later versions of this picture, Miller exaggerated the cliff even more. Had the Indians driven buffalo over such precipices, the meat would have been too badly smashed to eat and the bones would have been broken.