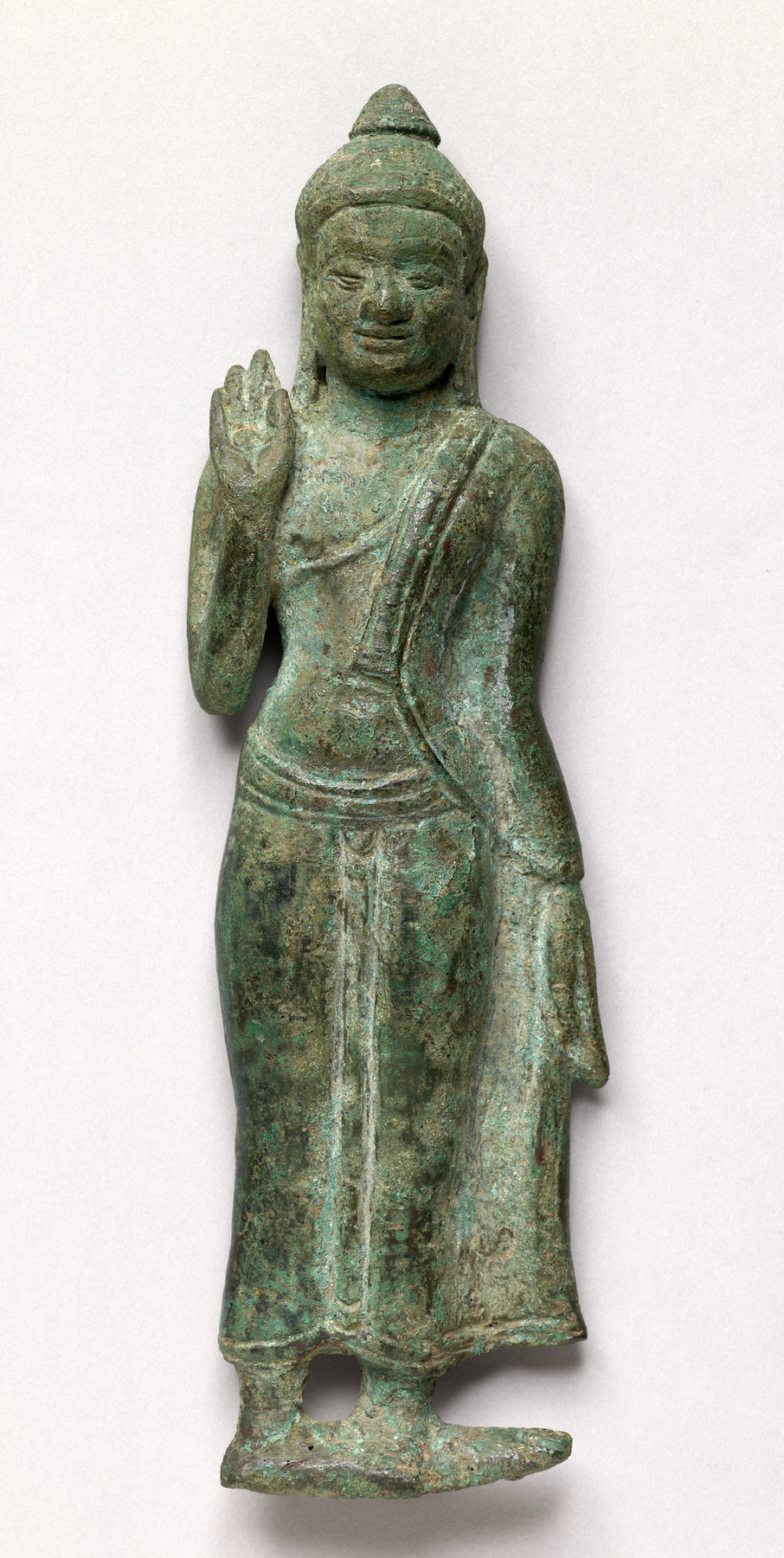 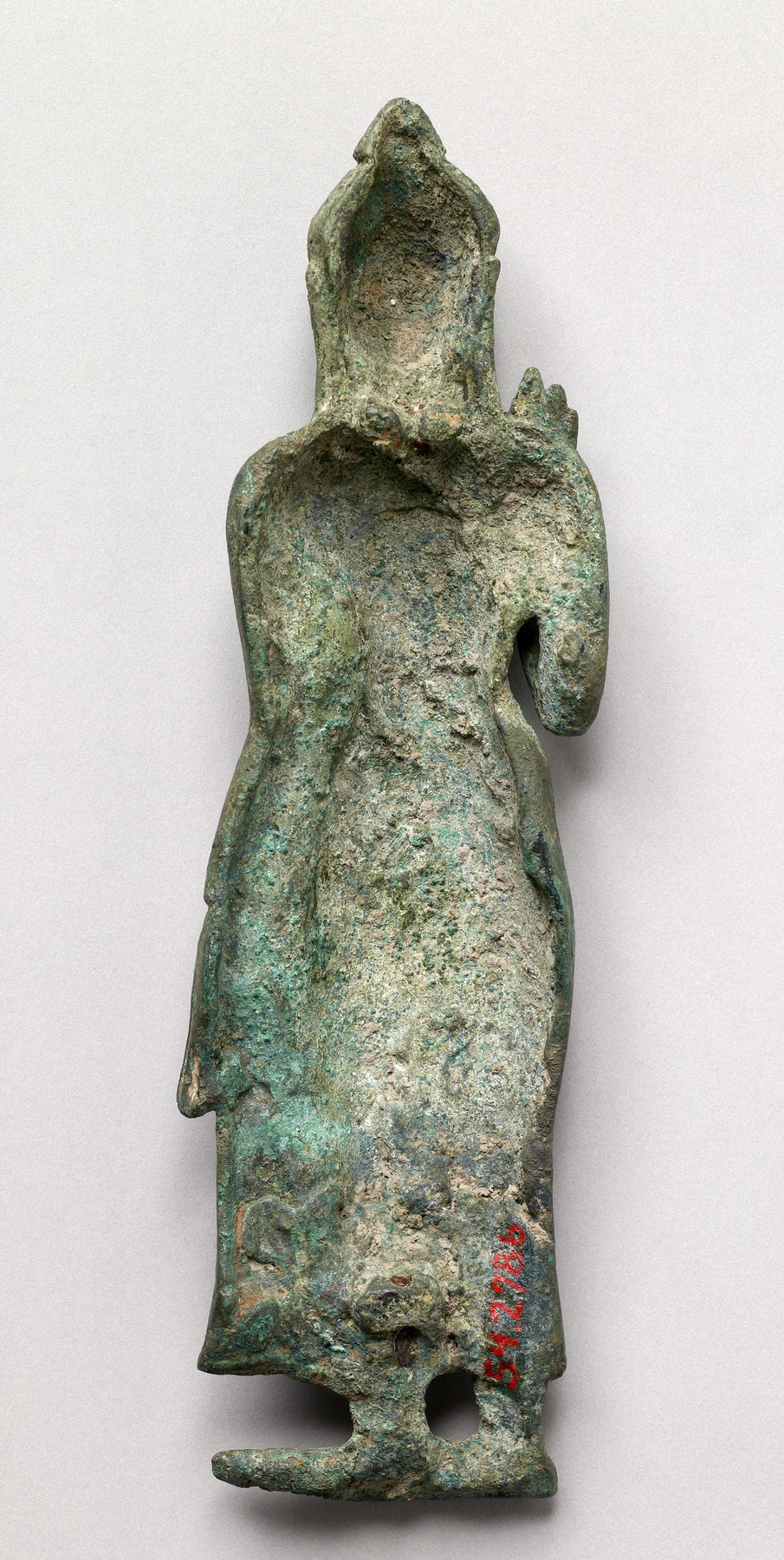 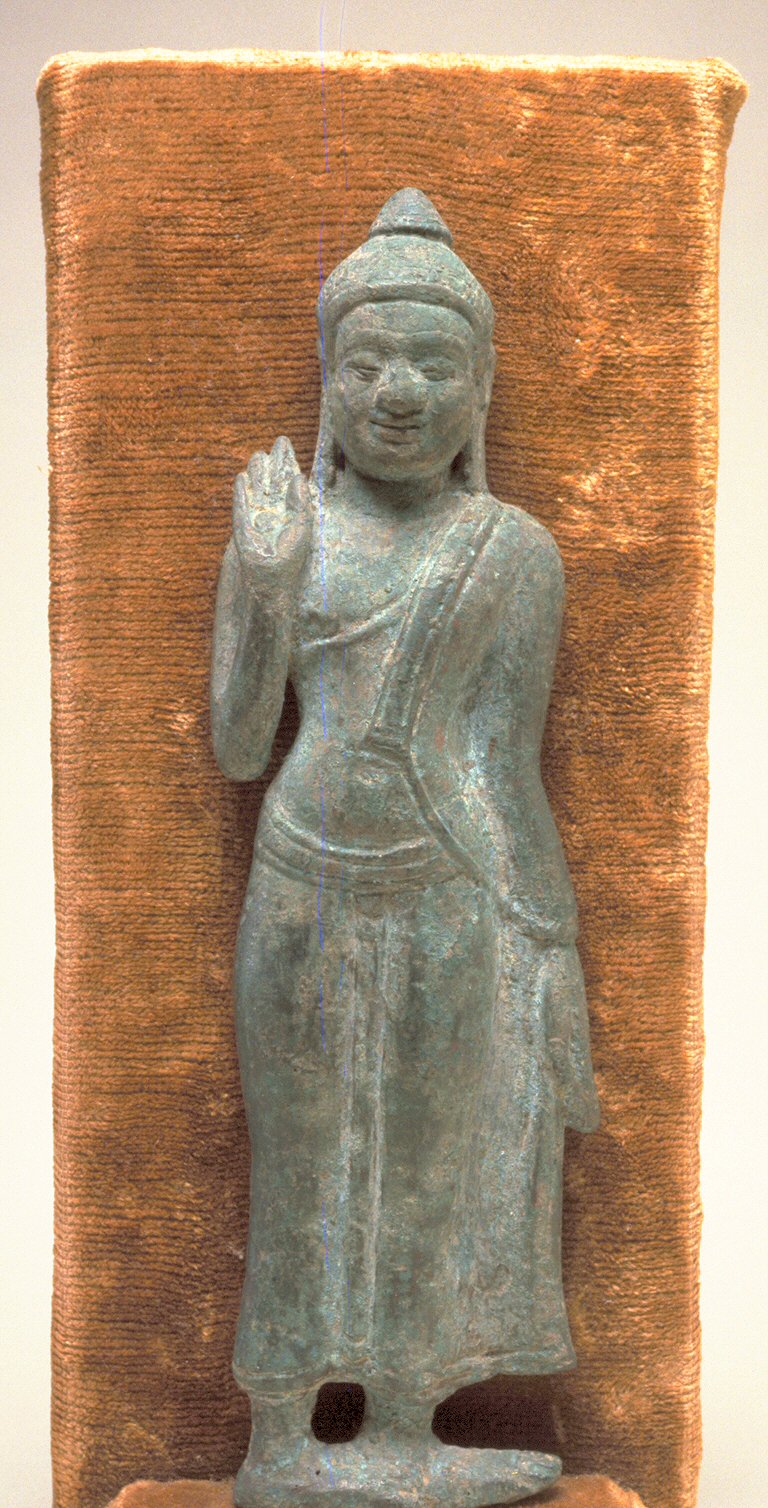 This figure of the Buddha is characterized by a round face and thick, heavy eyebrows that join the nose to form a king of 'T.' Acquired in Lopburi, it was very likely made there.

This image is interesting in large part becasue of the light it appears to shed on the development of the walking Buddha. Originally attached to a backplate or frame, it might have been part of an altarpiece in which lesser images flank a central one. The walking Budha seems to be exemplifying a posture rather than illustrating a particular episode in the Buddha's life.