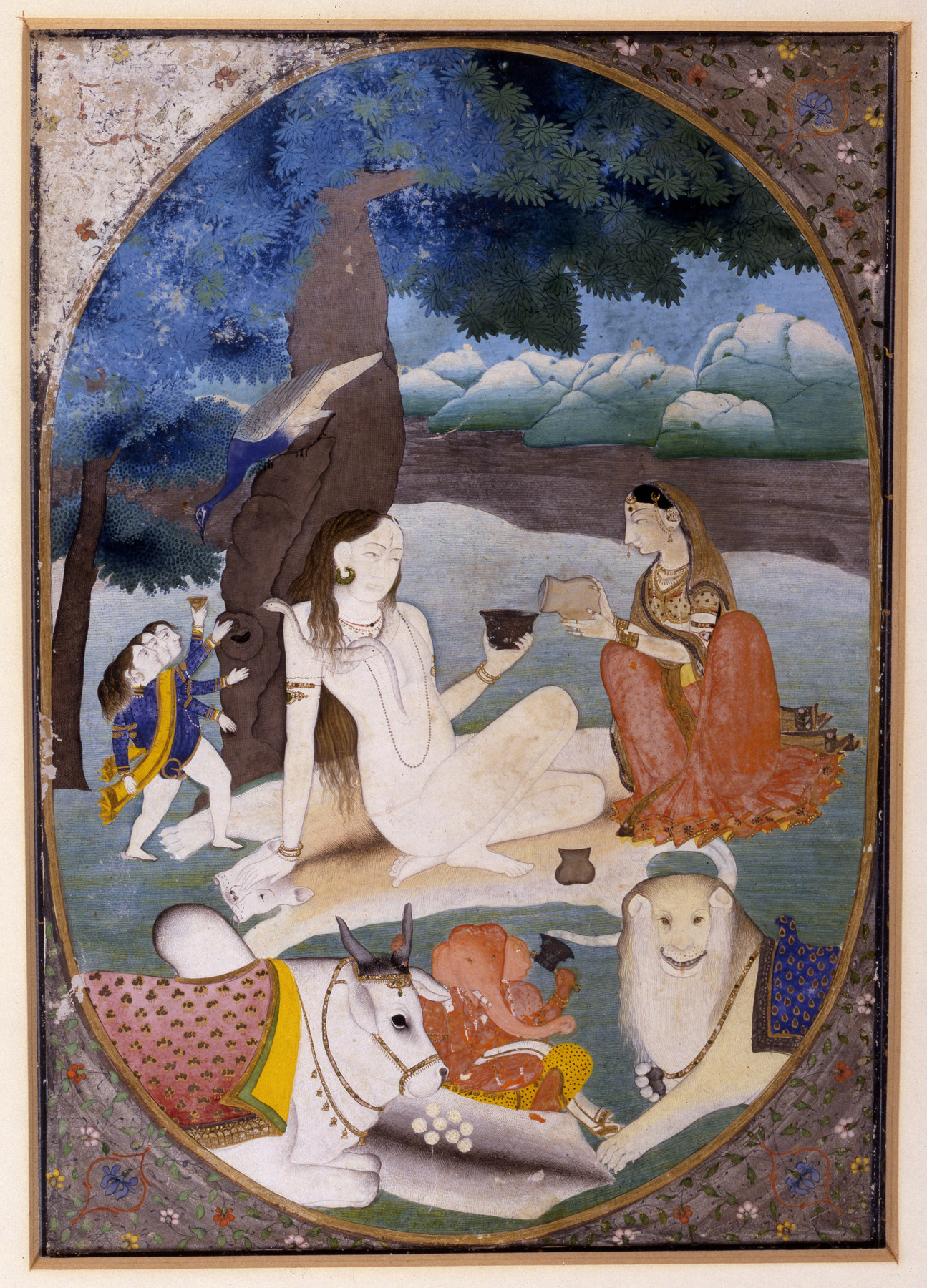 Shiva and His Family

Shiva, surrounded by his family, is both an ascetic practitioner of yoga (a yogi) and a loving husband and father. Wearing little beyond his serpents, jewelry, and prayer beads, he lifts a cup as his wife, the goddess Parvati, pours him a helping of bhang, a cannabis-based drink. Hindu deities are often depicted with the mounts on which they ride. The couple’s elephant-headed son, Ganesha, sits between Shiva’s bull and Parvati’s lion, while their second son, the six-headed Kumara, reaches up toward his peacock, offering it food or drink.