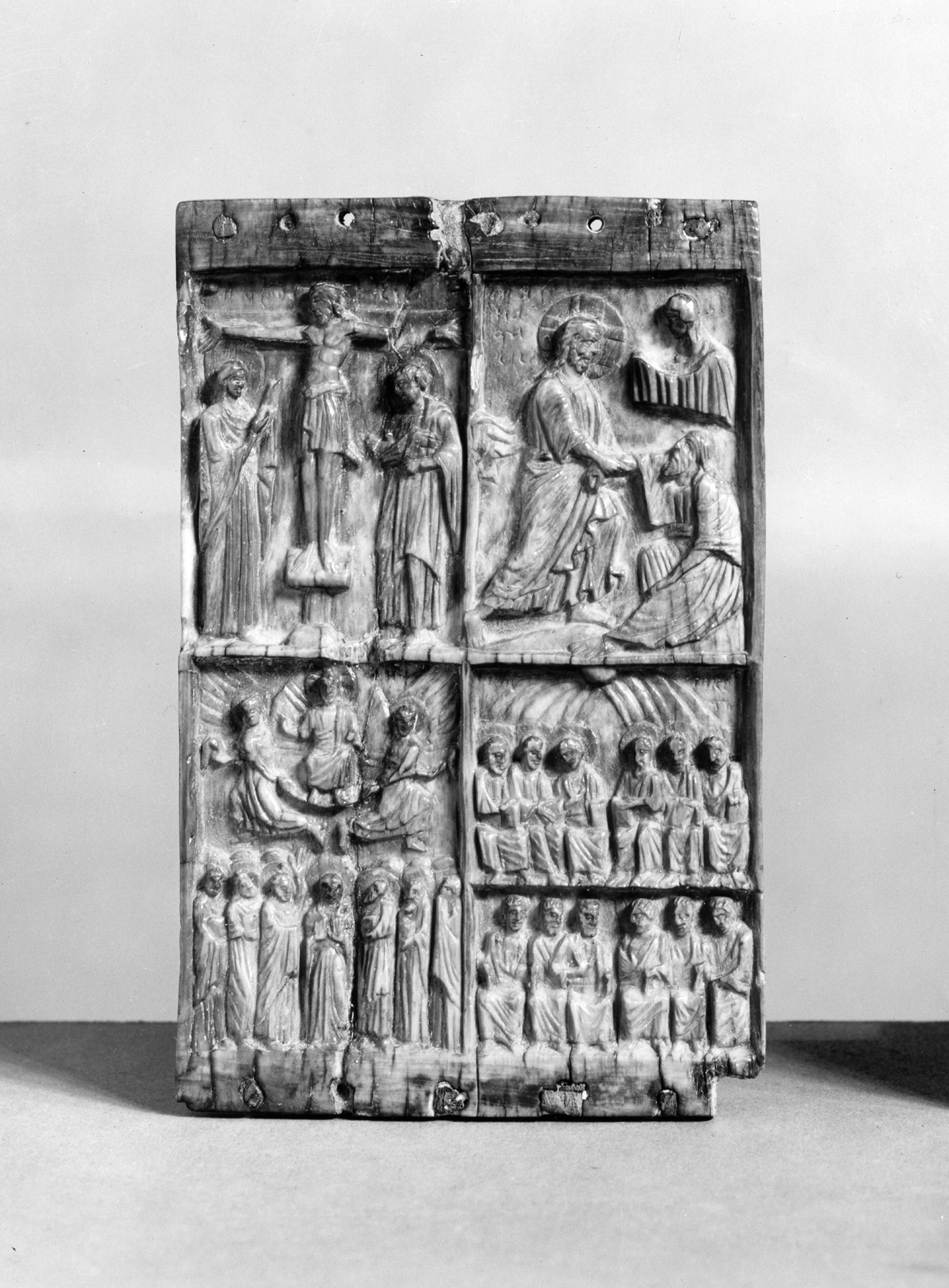 The compositions of the Crucifixion and the Ascension on this piece are almost identical to those on Walters 71.244 and 71.294, but the style is late Byzantine. Unusual details include the way the angels' legs turn outward while their bodies face inward toward the ascending Christ, and the extraordinary floating half-length figure of Eve behind Adam in Hell.

The pierced holes show that the plaque was the center of a triptych. There are some losses in the Crucifixion scene, in the borders, and in the lower right corner. There is a vertical crack down the left side of the piece, held together at the top and bottom by silver plates. The ivory is brownish in color.

Later inscriptions in Greek have been added to the background.