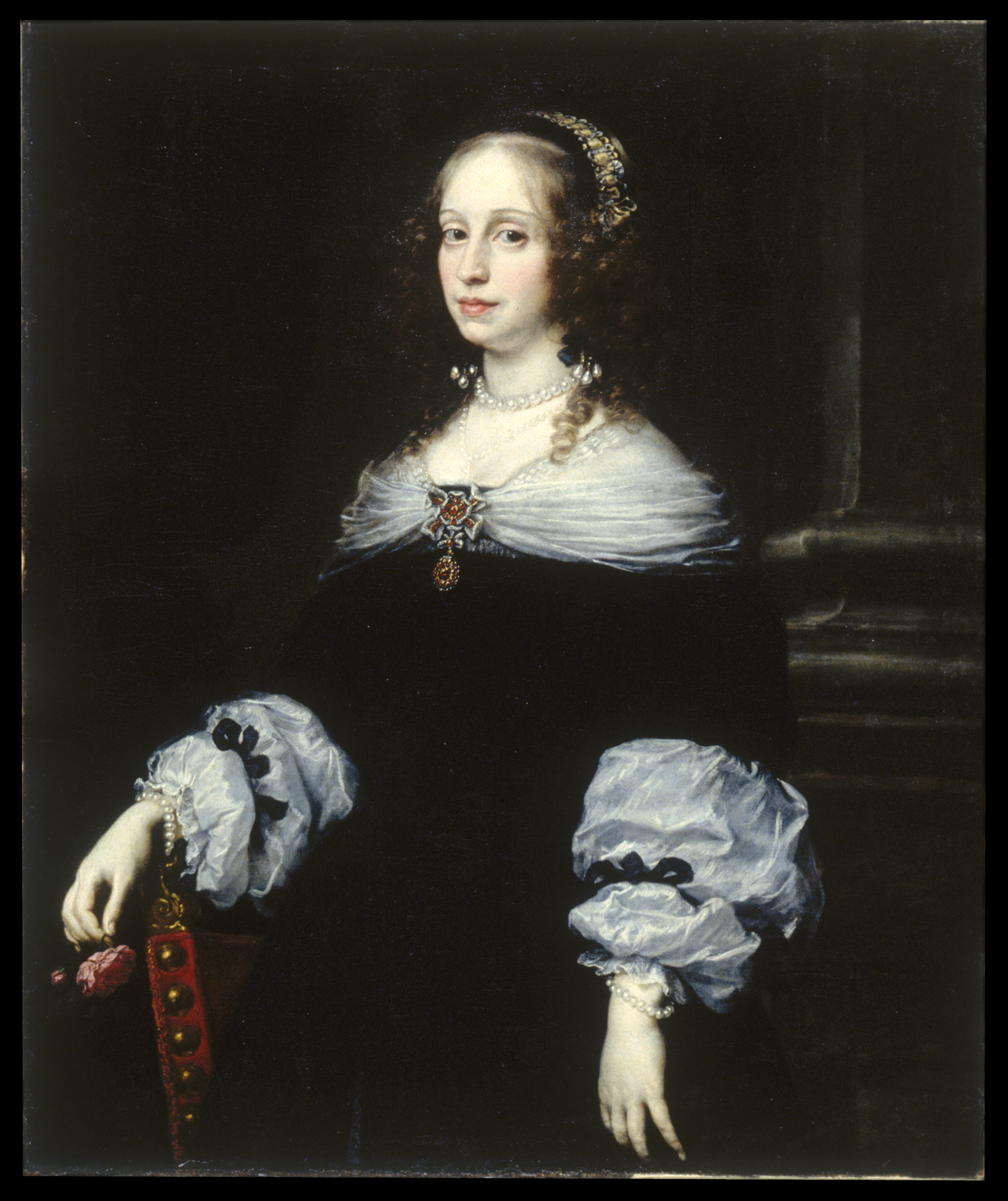 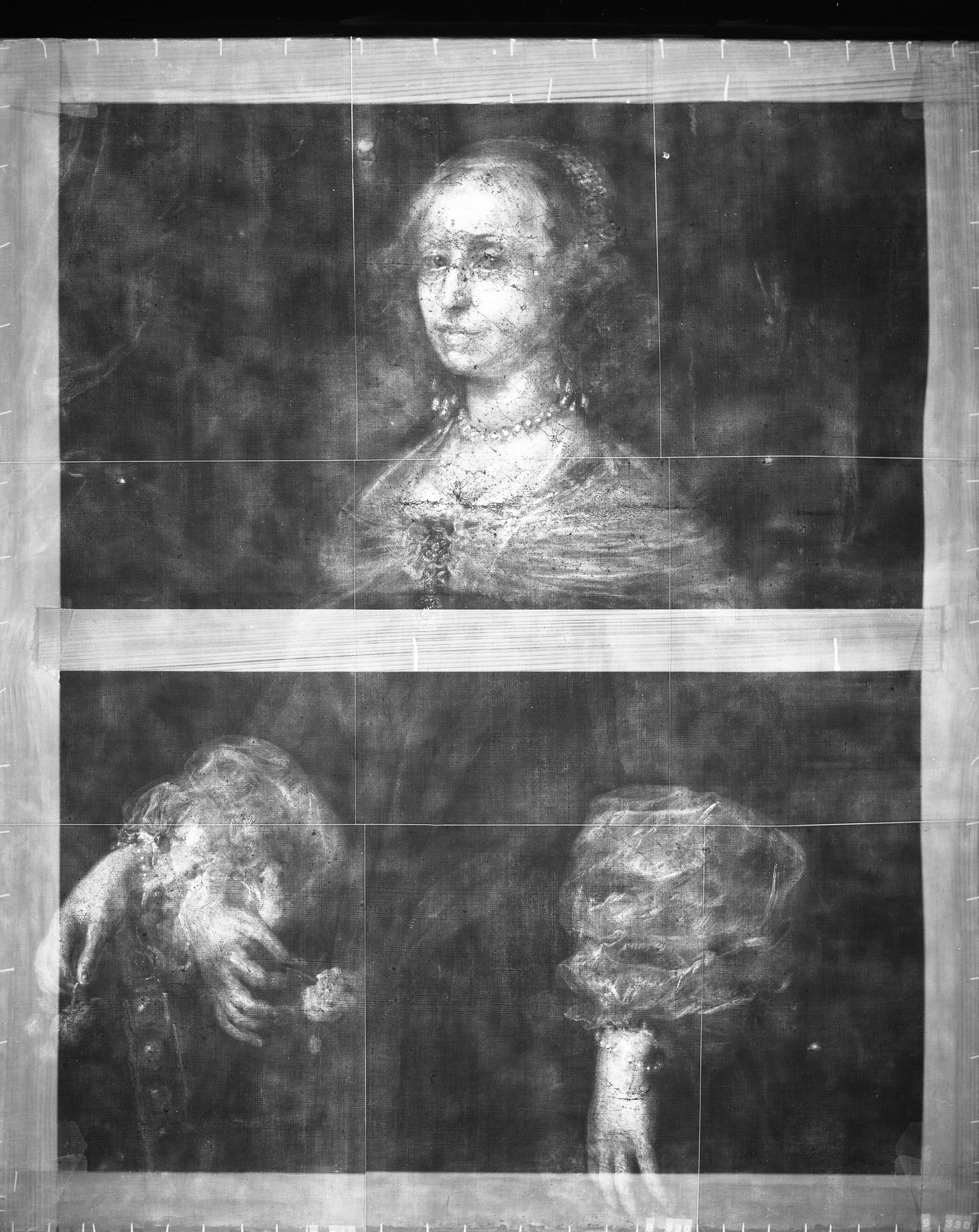 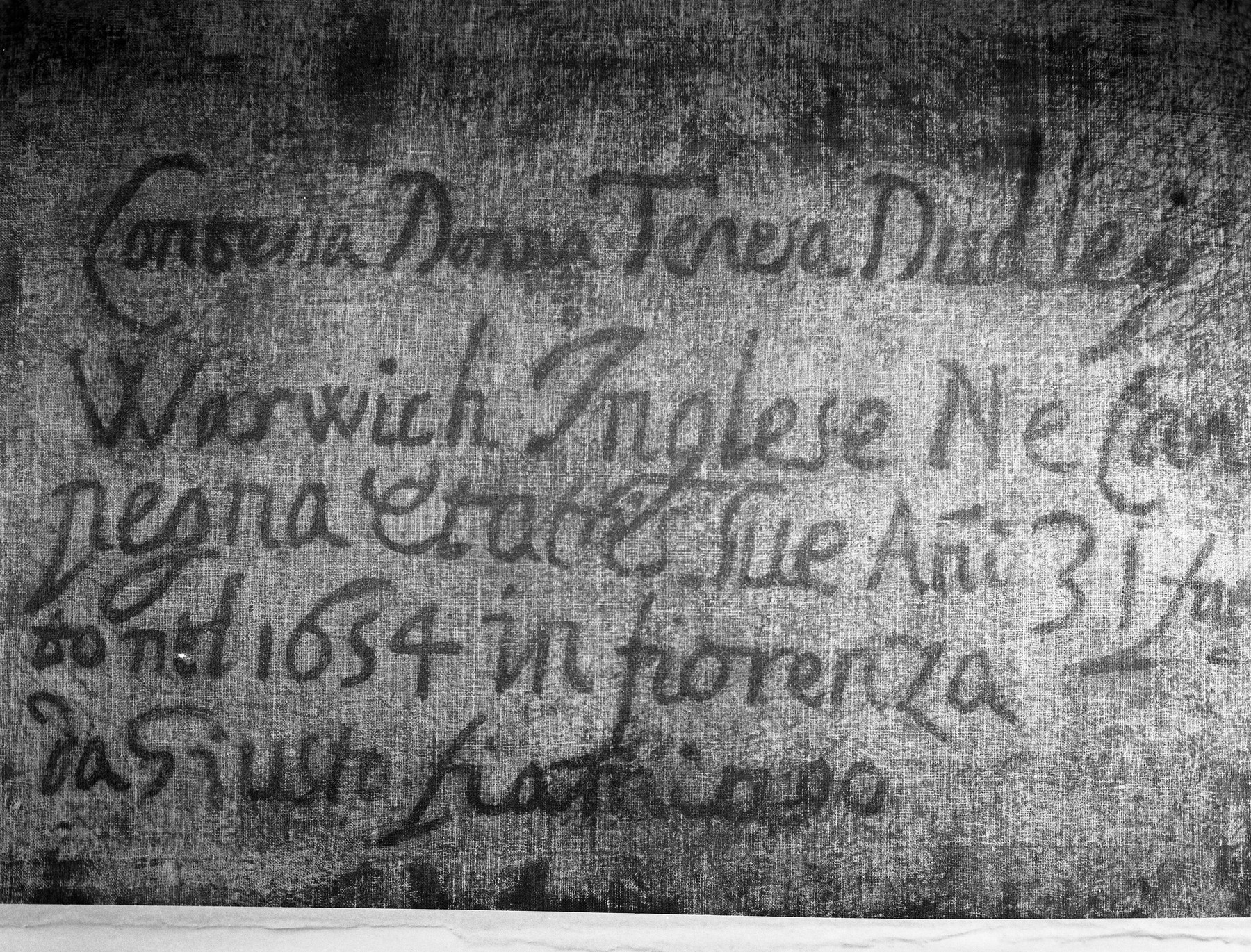 Theresa Dudley (1624-98) was the daughter of Sir Robert Dudley, an English aristocrat who was in the service of Grand Duke Cosimo II de' Medici in Florence. In 1649, she married Count Mario di Carpegna, high steward to Cardinal Carlo de' Medici. The companion portrait of her husband remains in the family's possession. Many Italian artists thought that portraits made from life were not challenging, and, therefore, several Flemish portraitists were able to make prosperous careers serving the aristocracy of Italy, in Sustermans's case, the Medici rulers of Florence and their circle.

The artist's brushwork brings out the delicacy of the countess's skin, set off by frothy sleeves. The dress, jewelry, and pose are simplified versions of an earlier portrait by Sustermans of the grand duchess, wife of Cosimo II. In this way, the countess paid a complement to her social superior.