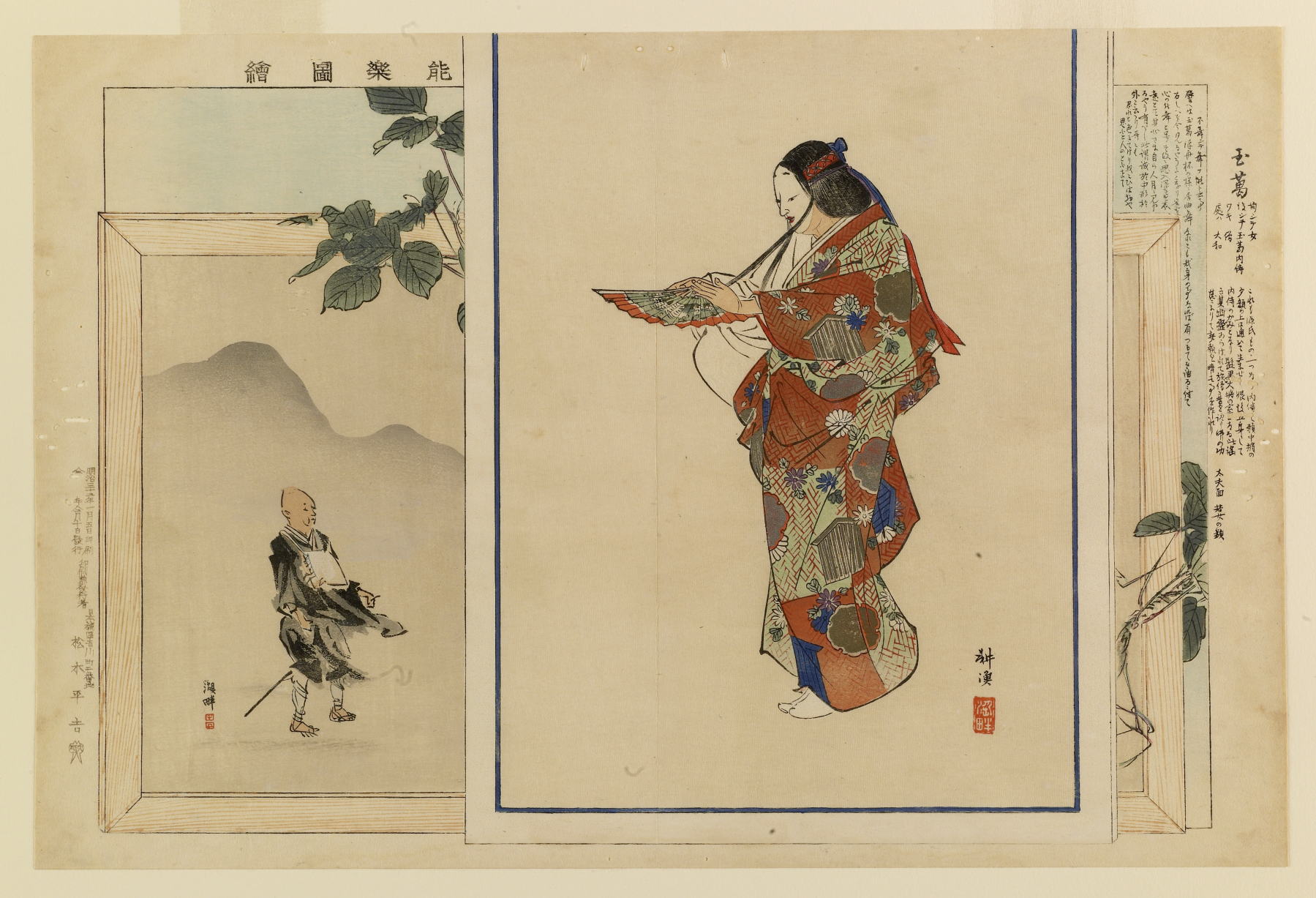 Lady Tamakazura is a character from the 11th-century novel "The Tale of Genji." Born the illegitimate daughter of Genji's best friend and left homeless at a young age, she was raised by a nurse in the provinces. On her return to the capital, Genji appeared to play the role of protective father. He was, in fact, secretly in love with the girl and made unwelcome advances. To escape her predicament, Tamakazura married a man she detested.

Kogyo shows Tamakazura performing a dance that conveys her feelings. He has put a border around this depiction and placed it over a framed painting of a wandering priest (a reference to Tamakazura's youth in the provinces), signing the half-hidden painting with one of his earlier art names, Kohan.