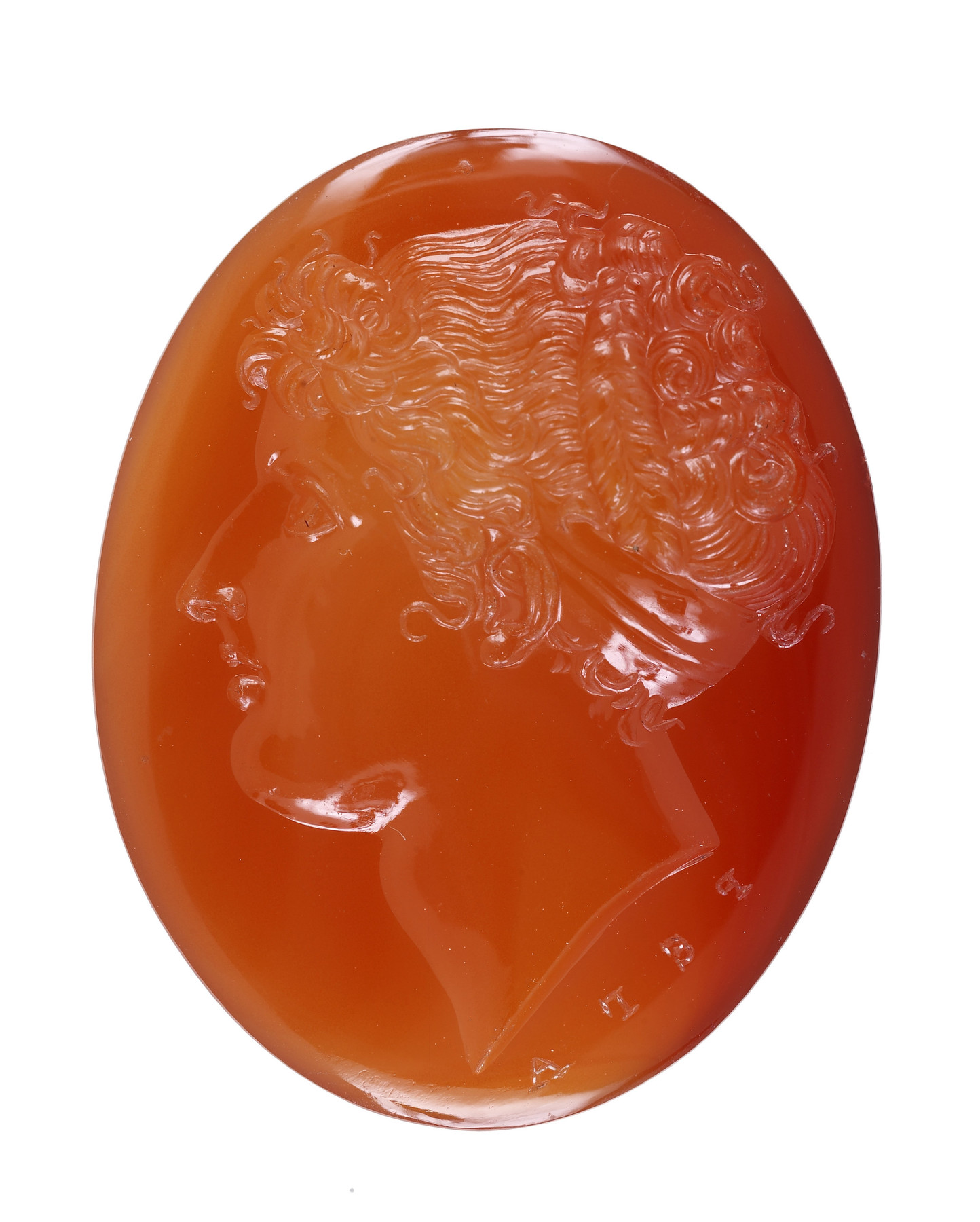 Carnelian Intaglio of a Roman Lady

The intaglio is signed in Greek by Rega, who trained with the Pichler family in Rome and then returned to Naples, where he was one of the most successful gem engravers of his generation.