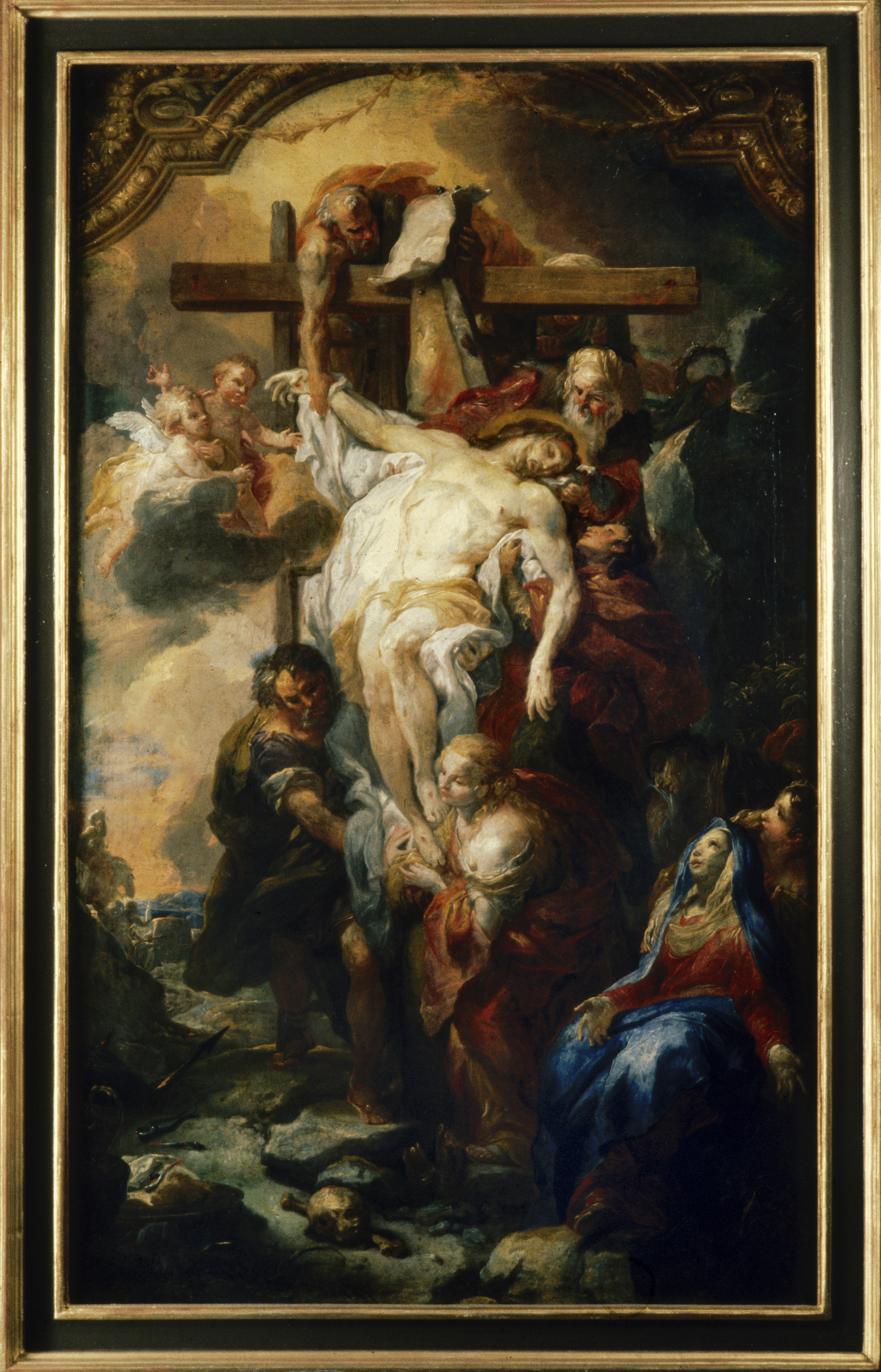 The Deposition from the Cross

This oil sketch depicting Christ being taken down from the cross is a study for a larger canvas commissioned for a private chapel in the monastery of Kremsmünter in Austria. Rottmayr painted many altars and ceiling frescoes in churches throughout Austria. His extremely fluid brush strokes bind the composition together. Preliminary studies like this could be used to show a patron what the final altarpiece would look like before work was begun. They were increasingly appreciated as works of art and collected during the 18th century.