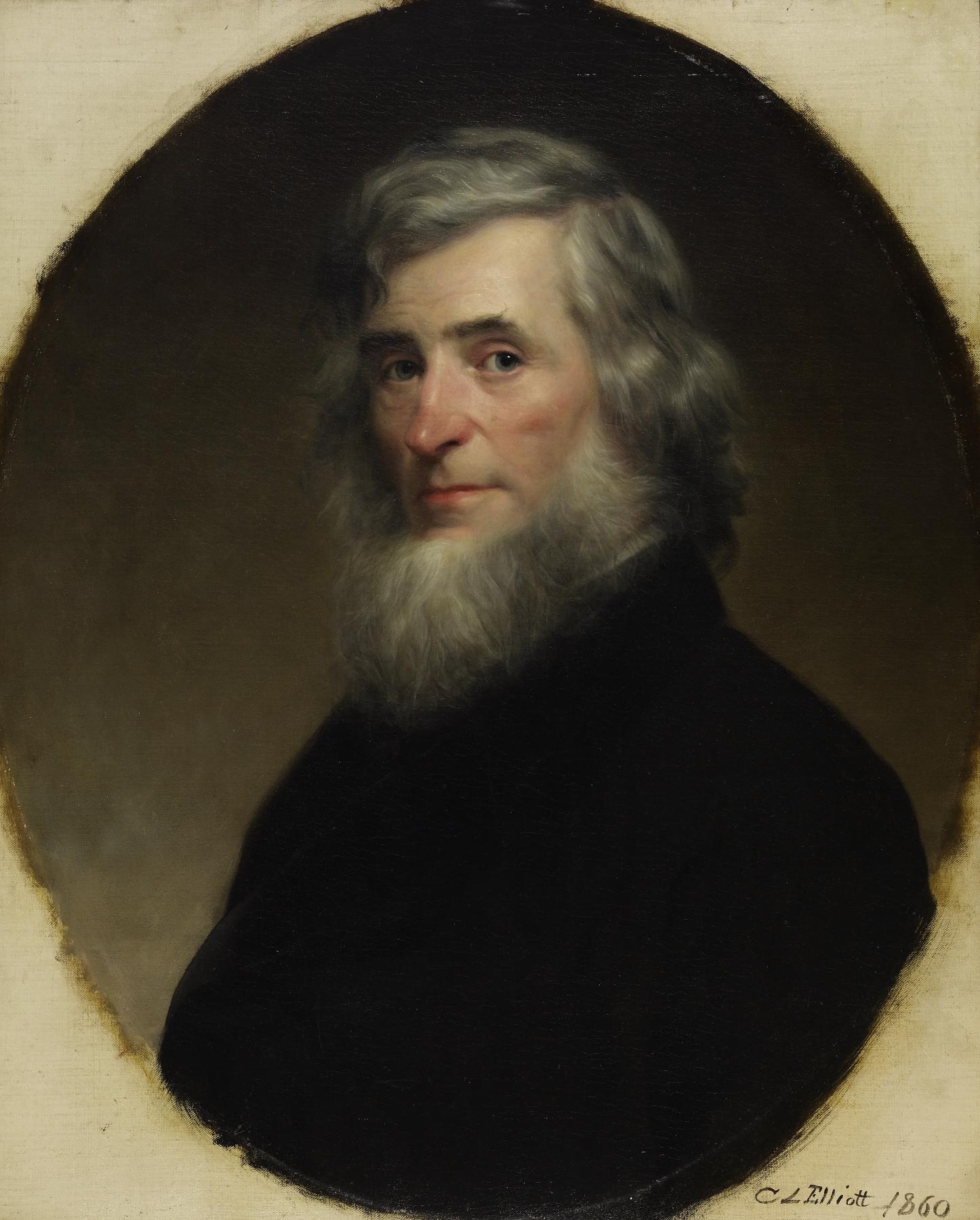 Portrait of Asher B. Durand

In about 1830, Elliott moved from upstate New York to Manhattan, where he studied briefly with John Quidor (1801-81), a specialist in literary scenes. Otherwise, he was largely self-taught, although he had thoroughly familiarized himself with the techniques employed by the portrait painter Gilbert Stuart (1755-1828). By the 1850s, Elliott had become the leading portraitist in New York.

Asher B. Durand (1796-1886) began his career as an engraver but eventually turned to landscape painting and succeeded Thomas Cole as the leader of the Hudson River school of landscape painters.

Purchased by William T. Walters from the artist, Baltimore, 1860; inherited by Henry Walters, Baltimore, 1894; by bequest to Walters Art Museum, 1931.