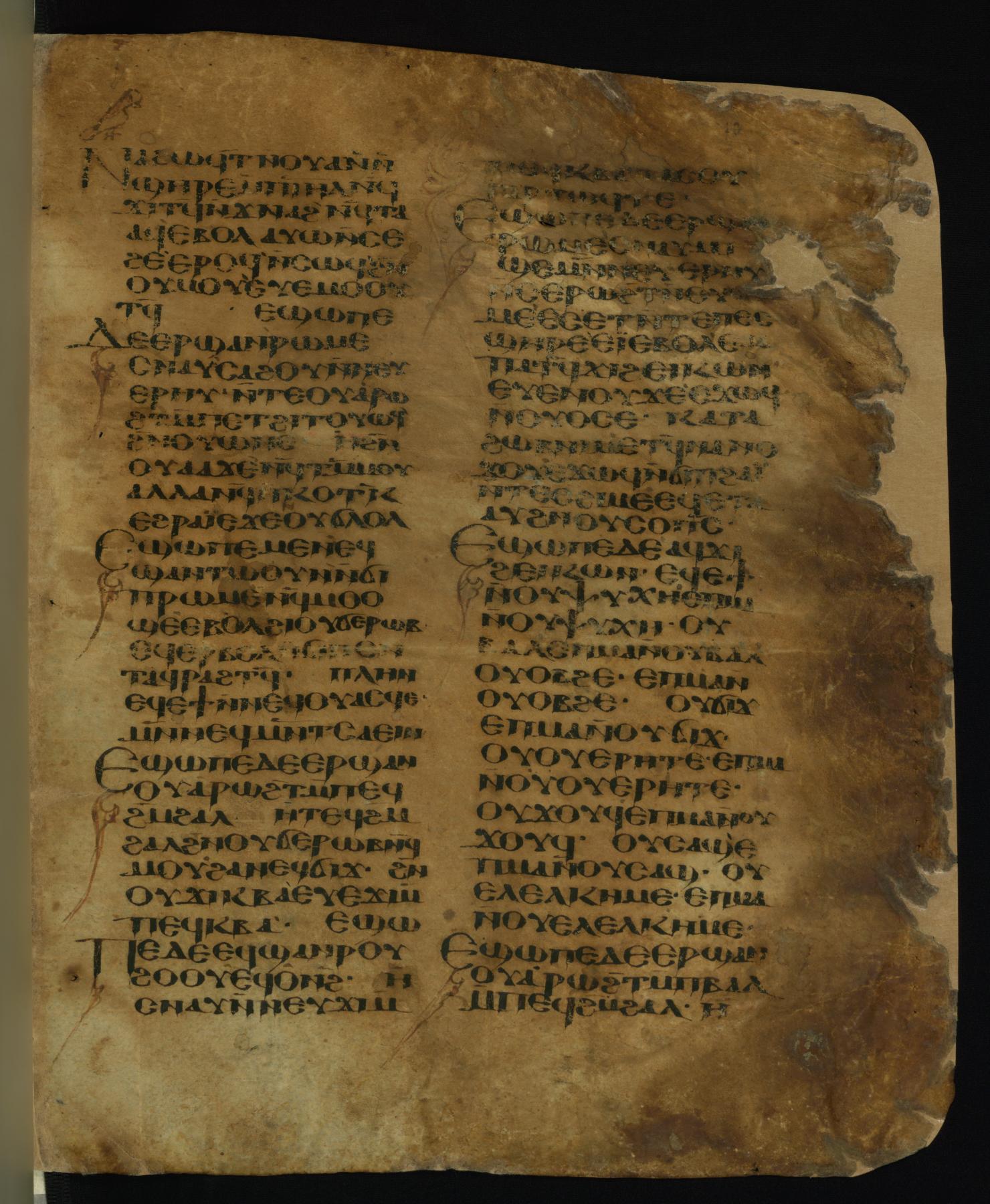 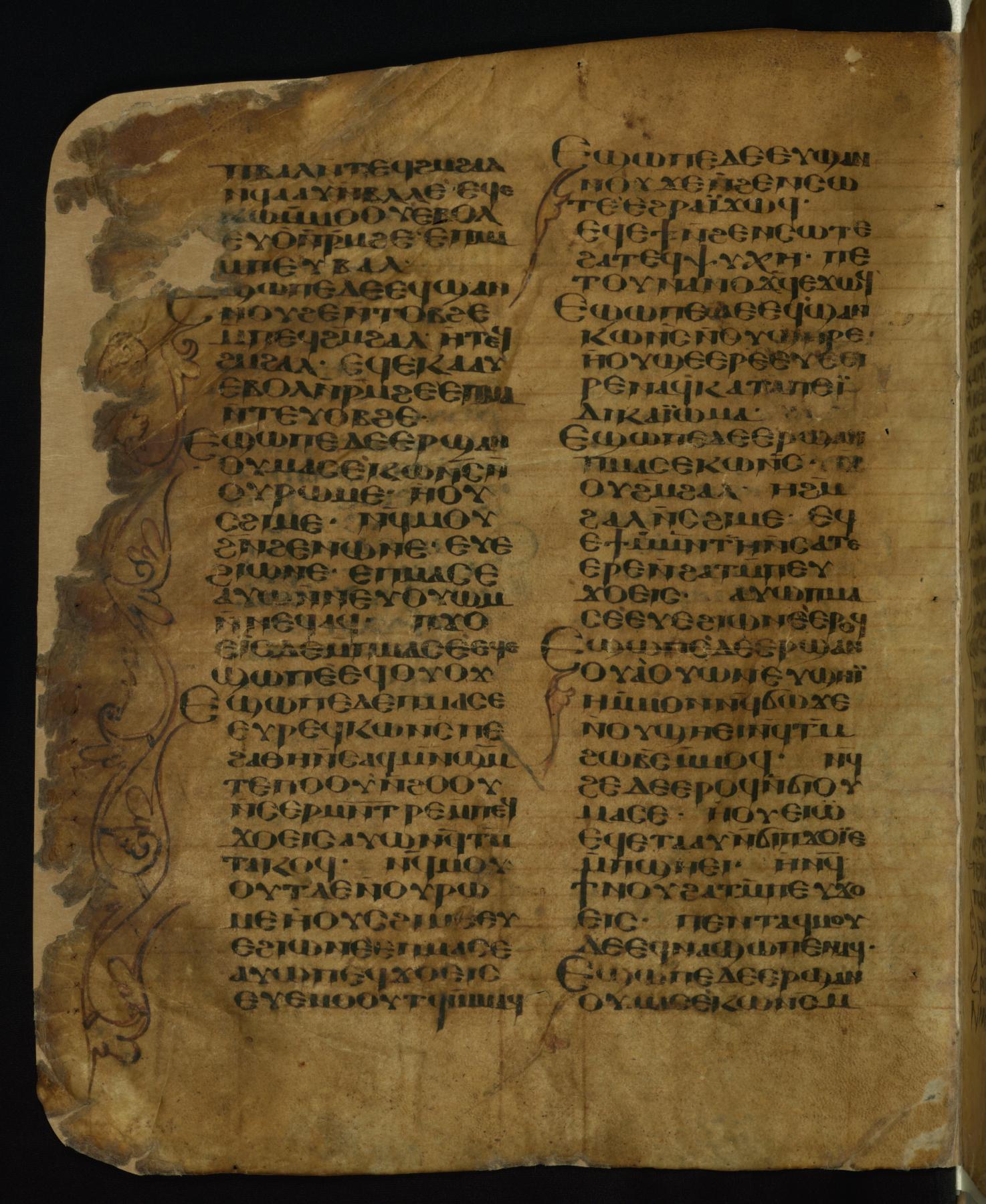 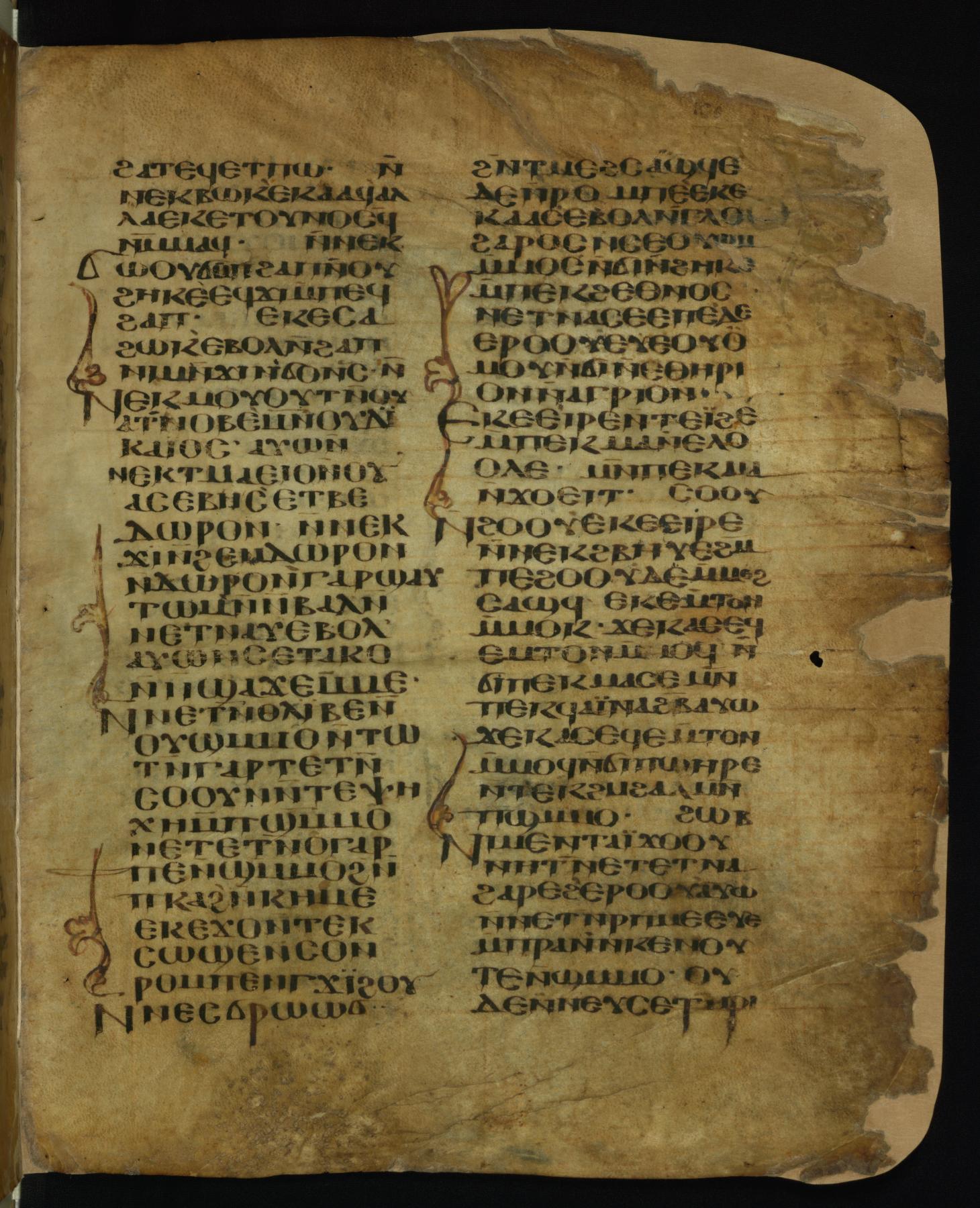 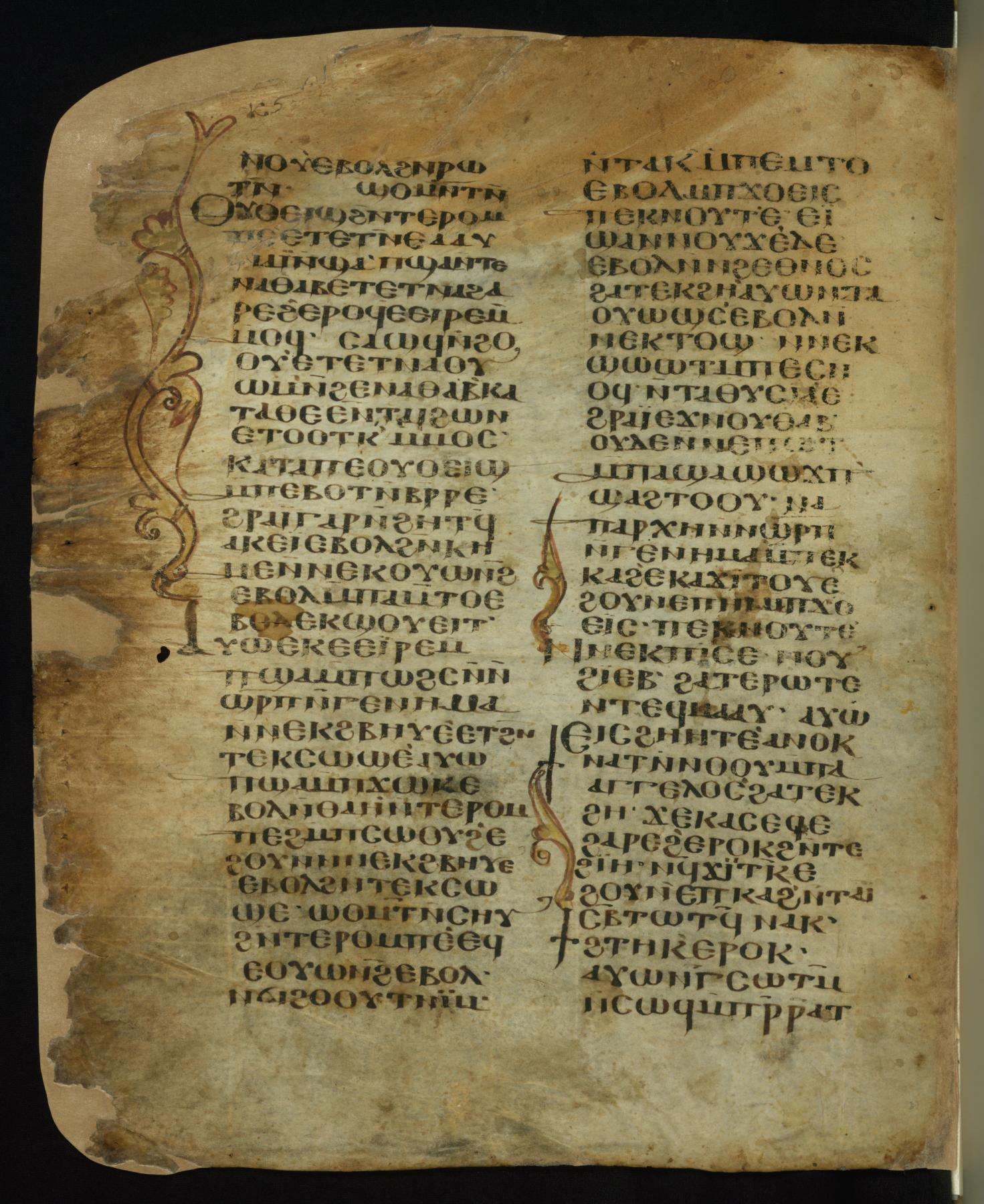 Fragment of the Book of Exodus

This fragment from the Book of Exodus is a bifolium presenting the text of Exodus 21:16-35a on fol. 1 and 23:5b-21a on fol. 2. The missing text in between these two folios would have constituted another bifolium. Written in Sahidic Coptic script, the biblical manuscript to which the bifolium once belonged was produced in Egypt in the eighth century, probably by a monastic scribe and perhaps in the Fayum or Wadi al-Natrun, where monasteries continued to thrive during the early Islamic conquest. It is difficult to determine the full extent of the manuscript, but a combined volume of Genesis and Exodus as part of a multivolume set of the Bible is certainly possible, if not likely, on the evidence of the Coptic numerals inscribed at the top of each folio side.