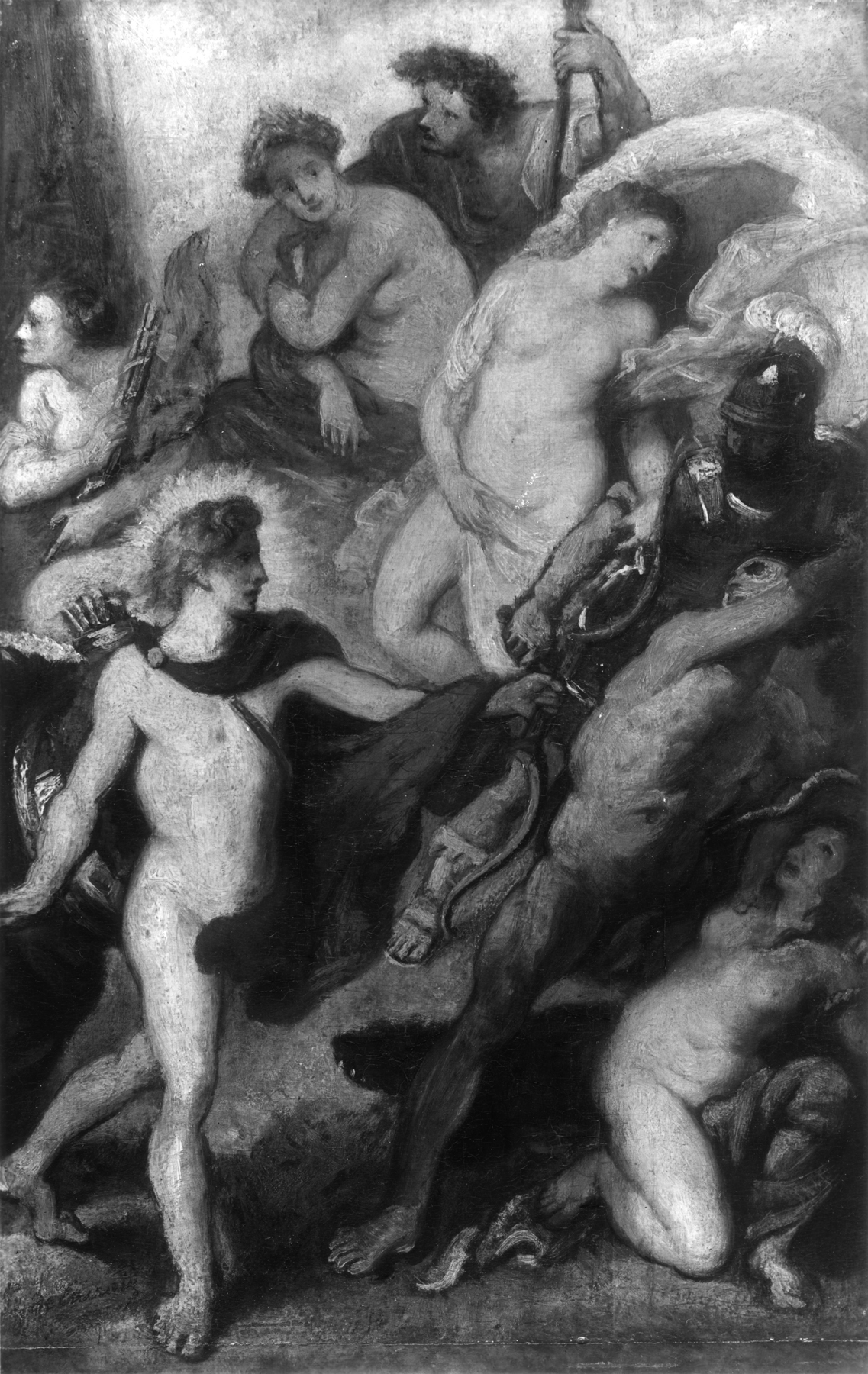 Section from "The Government of the Queen"

The original painting is from the Medici cycle commissioned in 1622 for the Luxembourg Palace by the Dowager Queen, Marie de' Medici, and completed by Rubens and his assistants within three years. When the palace was presented to the Senate of the Republic in 1808, the twenty-one monumental canvases were transferred to the Louvre where they have since been displayed. Preliminary studies for the cycle are preserved in the Alte Pinakothek, Munich.

The scene is set on Mount Olympus. In this copy, which is a detail from the right side of the original composition, Apollo and Mars are seen in the foreground expelling Discord and Envy. Behind are several Olympian deities, including Venus partially swathed in pink drapery, and Ceres.

Until 1937, this copy bore the signature "E. Delacroix," which was proved to be spurious during conservation treatment. Prior to 1937 the painting was consistently recorded as a work of Eugène Delacroix, an attribution which has not been substantiated by stylistic comparisons or documentary evidence. It is now catalogued as an anonymous copy after Peter Paul Rubens.