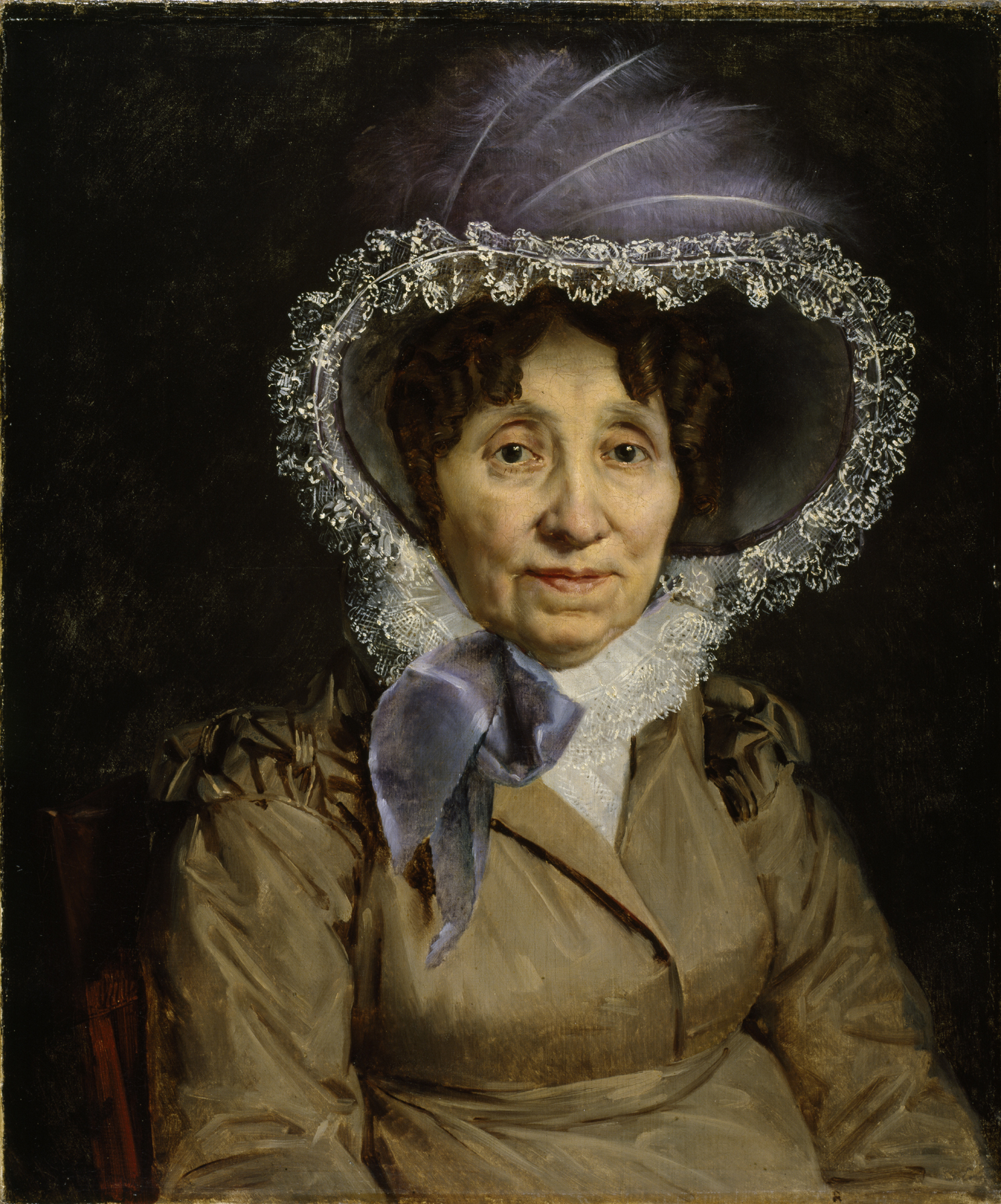 Portrait of an Elderly Lady

This starkly realistic portrait shows a strong-featured old woman dressed in her finery staring directly at the viewer. In its candor, the painting bears a striking resemblance to a celebrated family portrait, "The Three Women of Ghent" (now in the Louvre Museum, Paris) that was traditionally attributed to David who lived in Brussels after his exile from France following the fall of Napoleon.