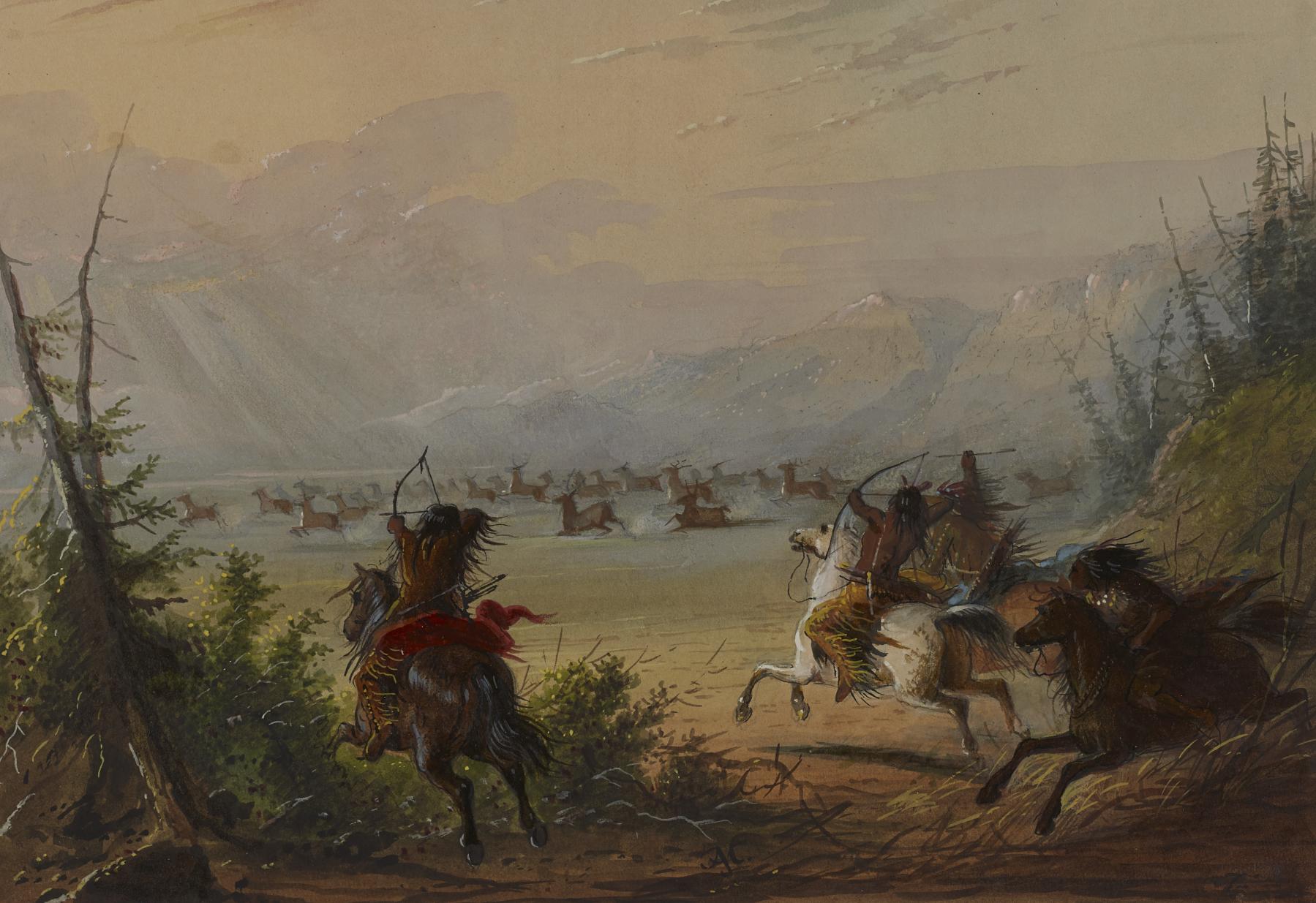 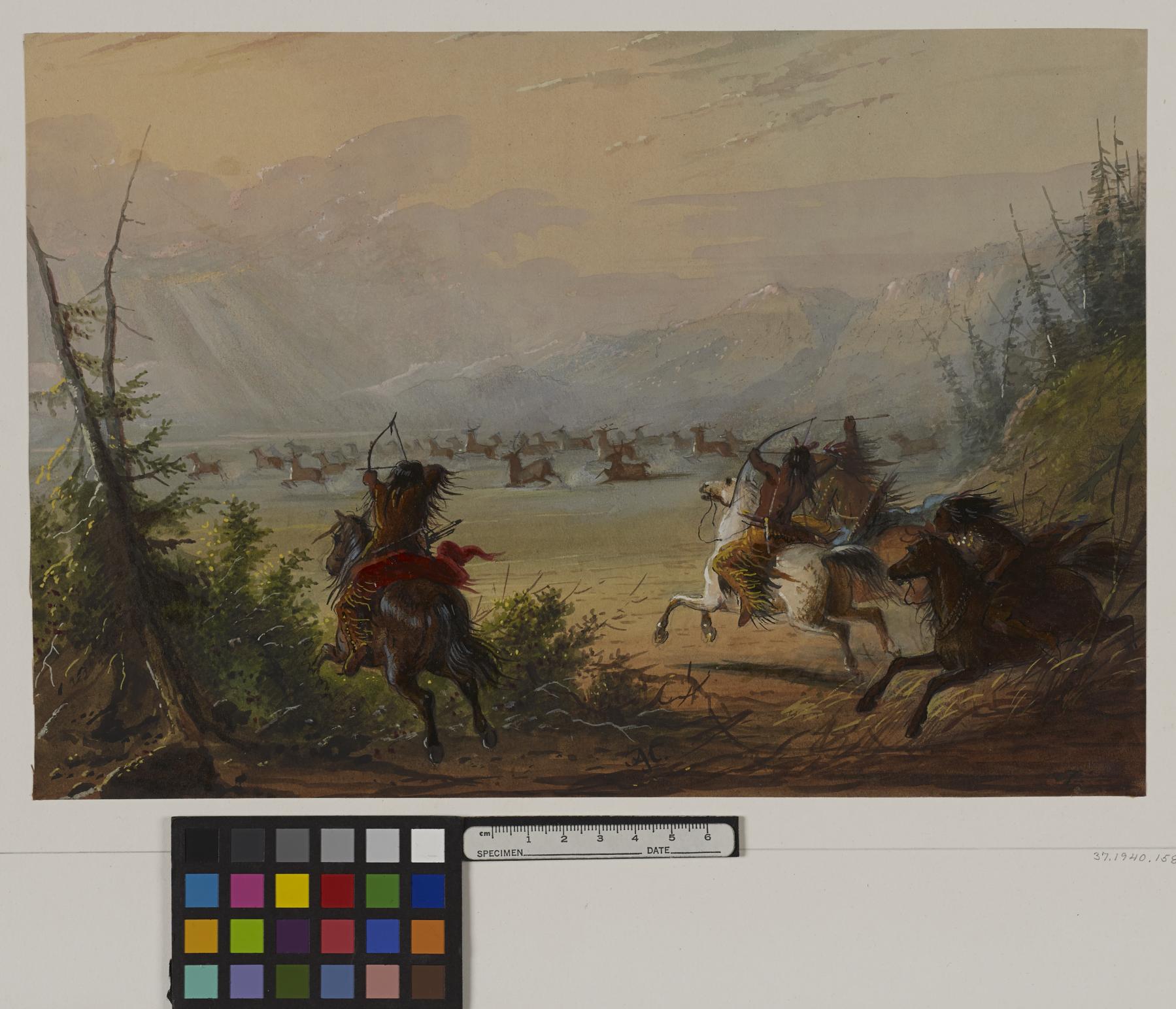 Extracts from Alfred Jacob Miller’s original text, which accompanied his images of Native Americans, are included below for reference. T

"The hunters have here encountered a large band of Elk, and are sallying out from their ambush to shoot them as they pass. At certain seasons it is quite usual to find them in herds of several hundreds coming down from the mountains and flying en masse over the plain to reach the vicinity of streams or rivers." A.J. Miller, extracted from "The West of Alfred Jacob Miller" (1837).