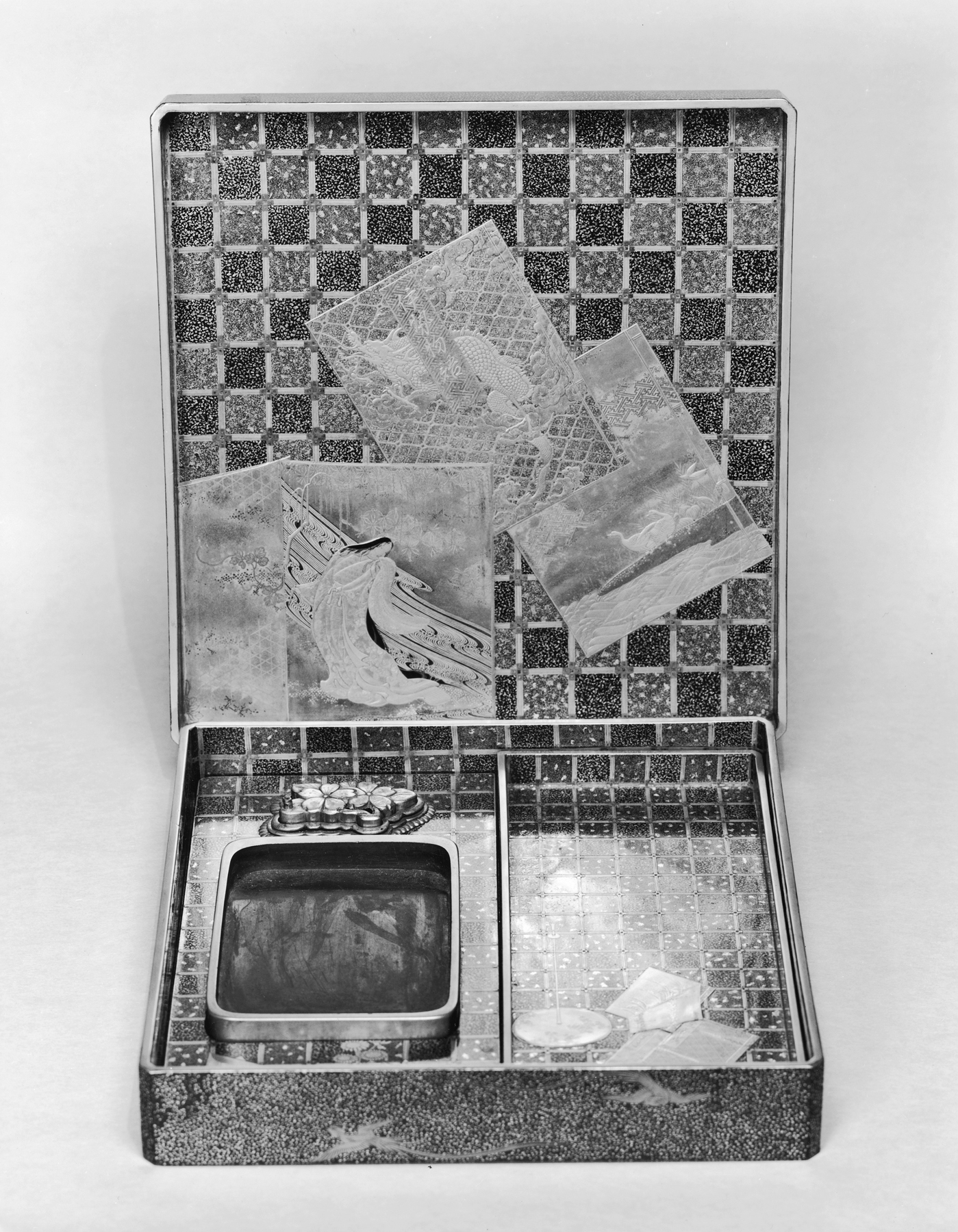 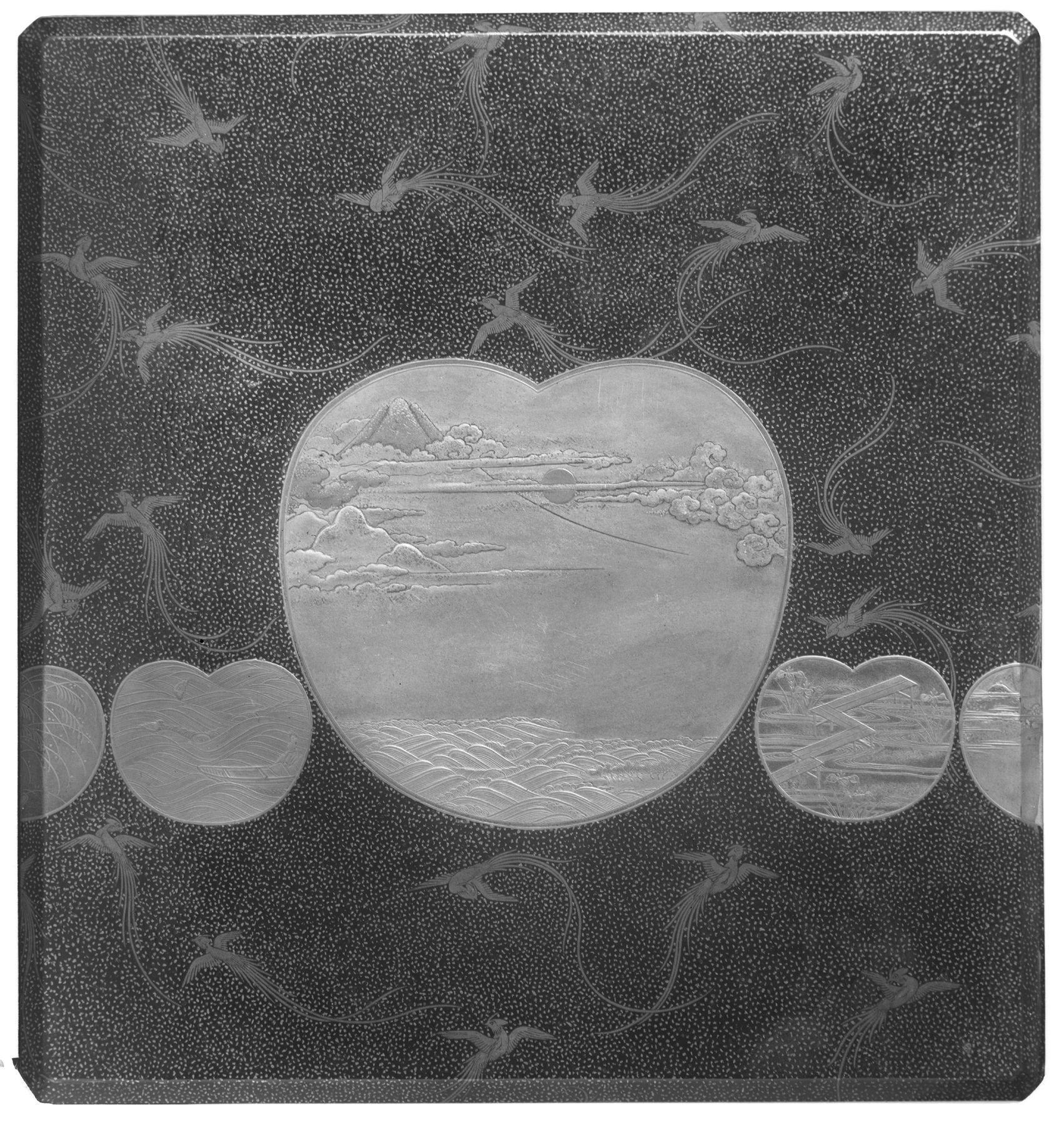 Inside the lid, three books are depicted. On one appears the title "Ise Monogotari"(also called the "Tales of Ise")-a classic sequence of 10th-century poems on the theme of separation and longing.