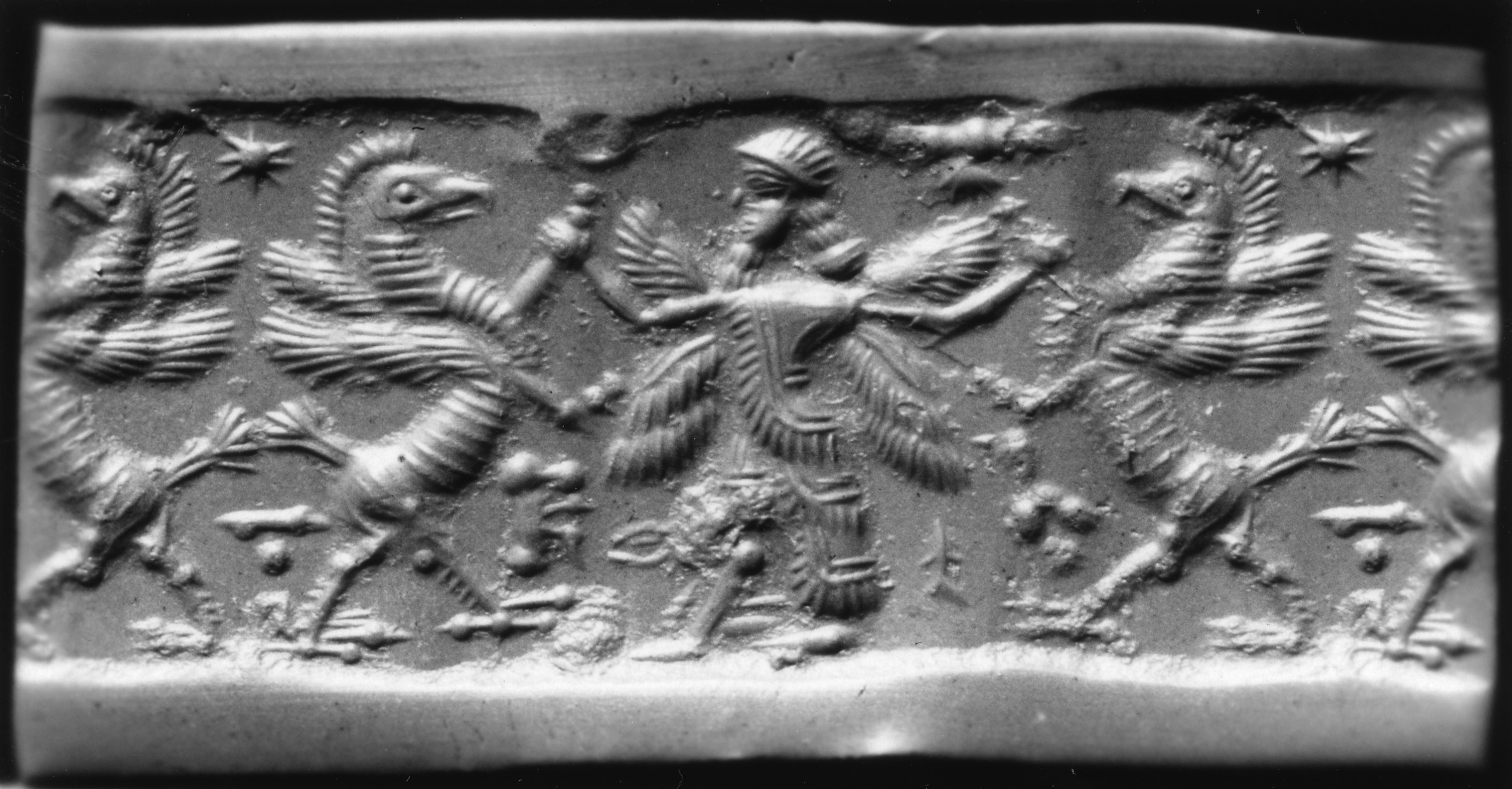 This piece illustrates a winged deity in the "Master of Animals" pose. He holds a mythical and rearing bird creature in each hand.