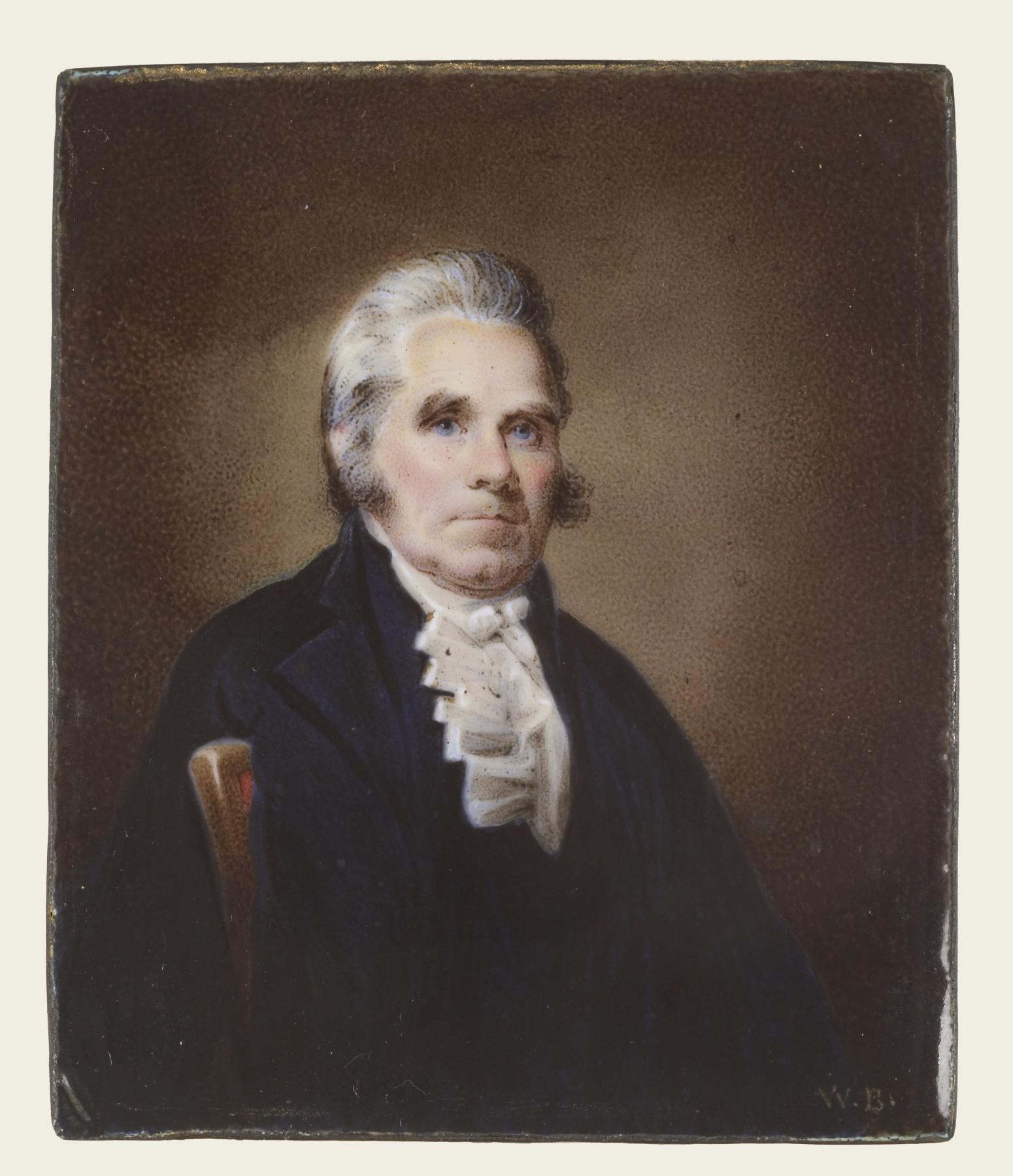 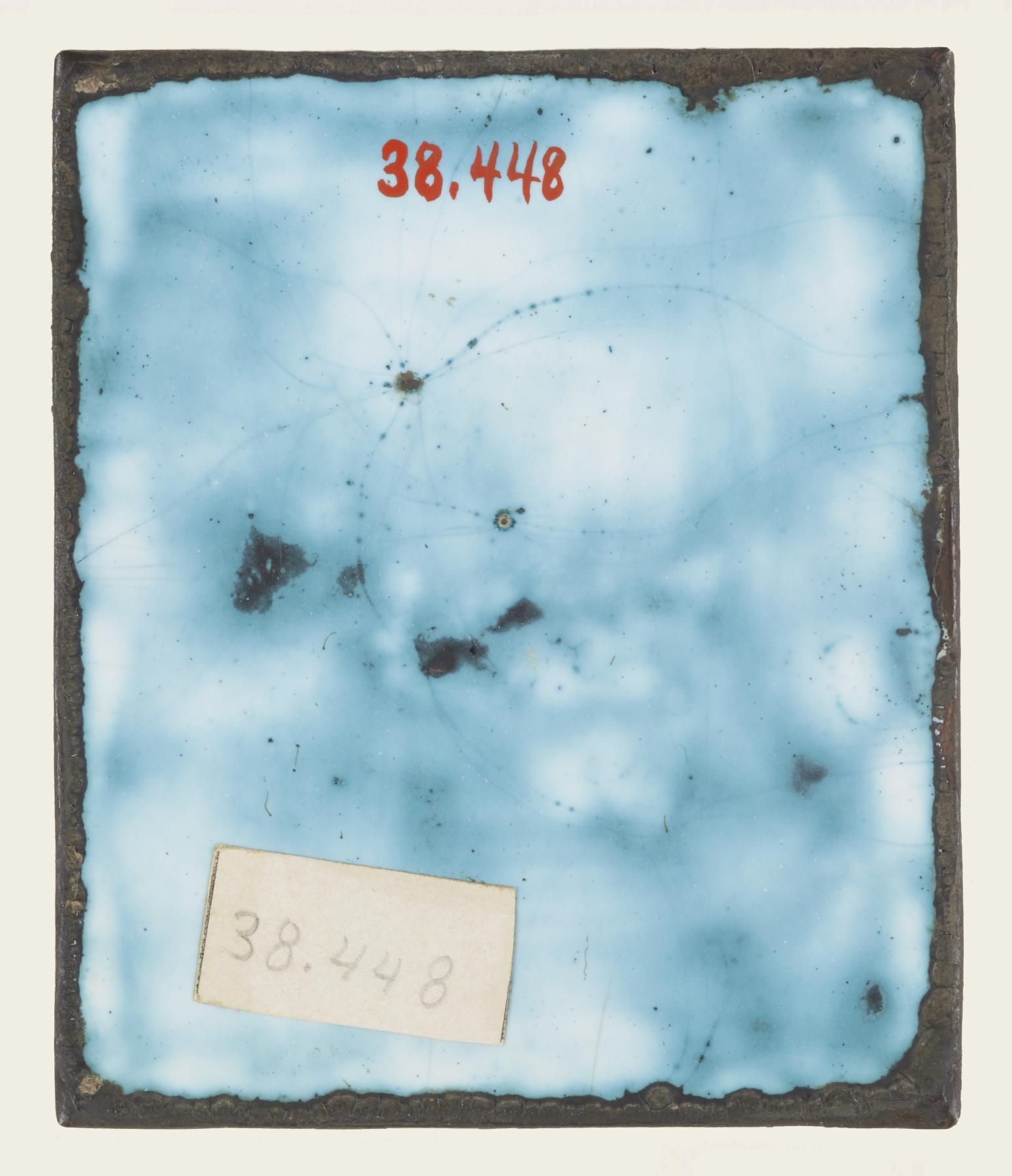 General John Barker (ca. 1746-1818) was a soldier and politician of prominence in early Philadelphia who served as alderman, as Major-General of the Pennsylvania militia, and finally as Mayor of Philadelphia in 1808 and 1812.

William Russell Birch studied in London. Sir Joshua Reynolds, the leading British portrait painter of his day, commissioned Birch to make small enamel copies of his oil paintings to preserve a record of their colors in case the paintings faded. In 1794 Birch and his family emigrated to Philadelphia, then the capital and largest and wealthiest city in America. Birch brought with him a letter of recommendation from Benjamin West, and he soon set up shop painting enamel miniatures. Enamel was the favored medium for minuitures in England from ca. 1630 into the 18th century. Birch was the most acclaimed American miniaturists working in enamel.

Archival photographs show this portrait and its companion piece in conventional nineteenth-century frames, now lost, suggesting they were once displayed hanging on a wall.

[Signature] In enamel at bottom left corner: W. B. 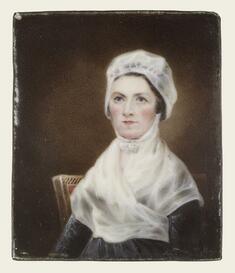