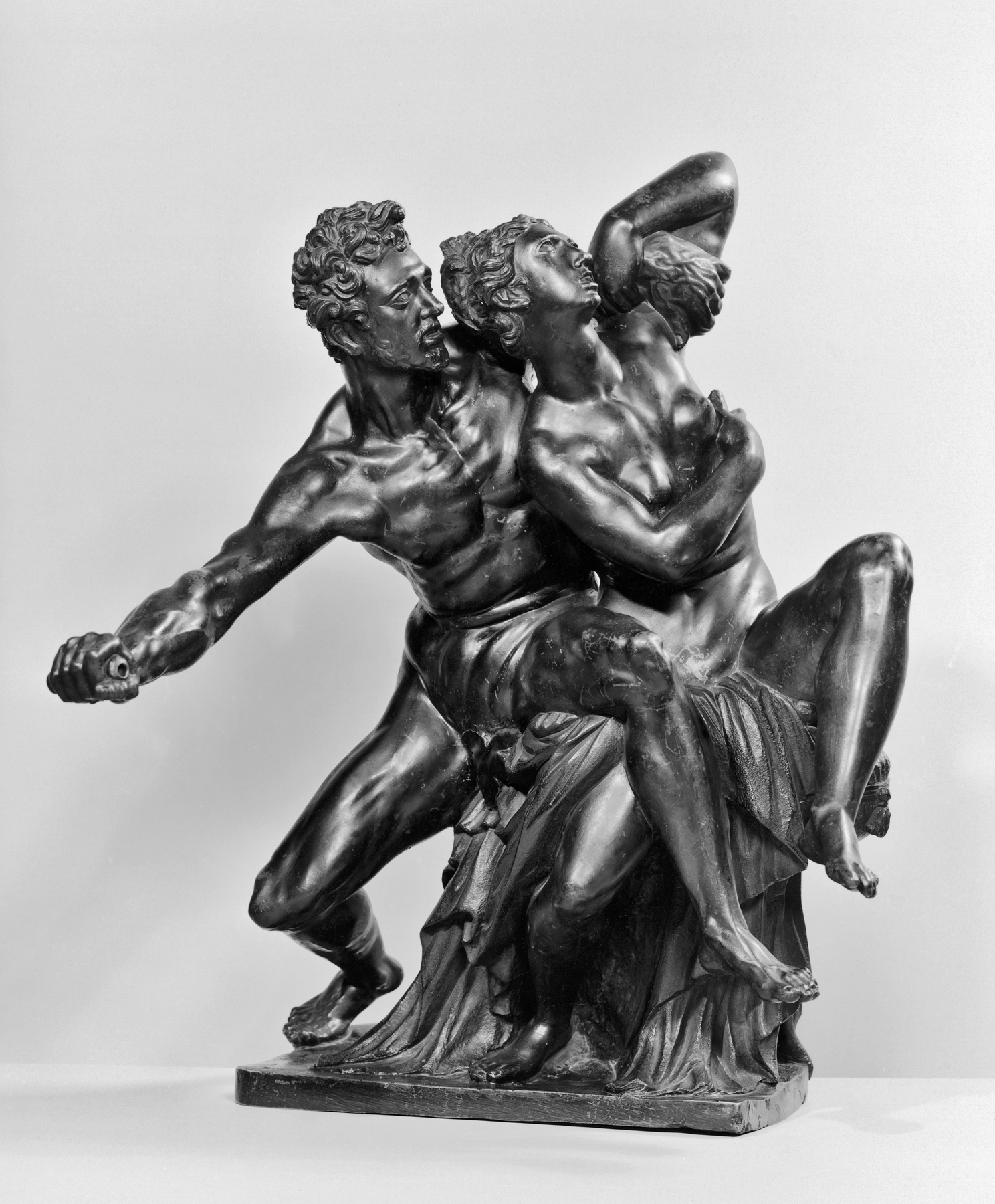 The rape of Lucretia, a noble Roman matron known for her beauty and virtue, by the Etruscan prince Tarquinius (here, originally wielding a knife), was recounted by Roman authors as a pivotal event in their early history. After the rape, Lucretia committed suicide to save her father and brother from dishonor. As a result, outraged Romans overthrew their Etruscan rulers.

Hubert Gerhard was trained by his fellow Netherlander Giovanni Bologna in Florence but worked primarily for courts in Germany. The dramatic tension, vigorous muscularity, compositional complexities, and sensuality of Gerhard's style are distilled in the electric torsion of the male torso, from which the compositional rhythms flow. Most of Gerhard's bronzes are large, and none of the smaller ones associated with him is signed, so the attribution is hard to clarify. There are other fine casts of this popular piece in Cleveland and New York.